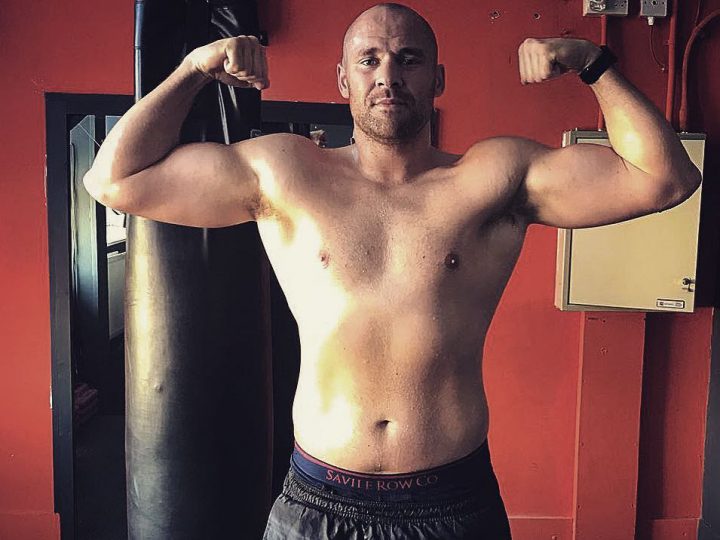 Unbeaten heavyweight Alex Dickinson is full of enthusiasm ahead of featuring on the undercard of his sparring partner Tyson Fury on Saturday.

The Liverpudlian (5-0-KO3) is more than ready to play his part in a heavyweight feast at the Manchester Arena, where Fury’s comeback headlines after Nathan Gorman v Sean Turner.

Dickinson, who will face experienced Yorkshireman David Howe (14-9-KO8), said: “I feel under no pressure just because David has been in with the likes of Daniel Dubois and Dave Allen.

“It’s going to be great to be spoken to be spoken about with the rest of them. I’ve always gone under the radar but when the day people start speaking about me comes, those who were doubters will start kissing my a*** and I don’t need that anyway.

“I’ve always had doubters. People told me I was too small to be a heavyweight. I proved them wrong as an amateur and I’ll prove them wrong again now I’m a professional.

“I’ve never doubted my ability. I wouldn’t be getting in with some of the biggest men in the country if I did. I’ve boxed lads as big as Dave before. The height and weight doesn’t bother me.

“The heavyweight scene is flying at the moment. There are so many who aren’t getting the recognition they should but that changes when people fight each other.

“The British heavyweight scene over the next couple of years is going to be brilliant. It’ll be interesting to see proper fights rather than fighters being looked after too much. Frank Warren seems to be the promoter who is putting the proper fights together sooner than others.”

Dickinson was last in action on the Carl Frampton v Nonito Donaire undercard in Belfast back in April, when he served up a ruthless first-round stoppage of Lee Carter.

Stay up to date with all the latest at mtkglobal.com and on social media @mtkglobal

Fury v Seferi is live on BT Sport this Saturday