By Scott Gilfoid: Tyson Fury weighed in at a career high of 276 pounds on Friday for his scheduled 10 round comeback fight against the much smaller cruiserweight Sefer Seferi. For his part, the 39-year-old Seferi weighed in at 210 lbs.

Fury outweighed his smaller opponent by a whopping 66 lbs. We’re obviously talking about a huge s mismatch come Saturday night unless Seferi can figure out a way to deal with his size disadvantage. It’s still unclear why a heavyweight as big a Fury would choose to fight a cruiserweight.

I don’t quite understand the logic in that move. I mean, Fury is almost as big as the 7-foot former WBA heavyweight champion Nikoly Valuev, who weighed typically in the 310 lb. region for his fights at heavyweight and was as slow as molasses. Fury is just three inches shorter than the 7’0” Valuev, so it doesn’t make much sense at all for him to be fighting a short cruiserweight like Seferi.

If Fury wanted to fight a cruiserweight, he should have at least opted to face one of the taller ones like the 6’3” Oleksandr Usyk or 6’3” Murat Gassiev. Those guys would at least have a fighting chance of winning. What am I talking about? Gassiev and Usyk would likely wipe the deck with Fury with him looking as fat as he is. Fury looked like he had a loaf of bread stashed around his midsection.

It looked weird. Most people that are fat tend to have it spread all around their body. In Fury’s case, he has his fat almost entirely around his midsection. He looks more youthful now that he’s trimmed down from 400 lbs. that he was walking around with at the time he started taking the weight off.

The Switzerland based Seferi as fought at heavyweight twice in his career against Manuel Charr and Sasa Dajic. Seferi lost to Charr by a 10 round unanimous decision in September 2016, and he beat the little known Dajic (0-5). Facing the much bigger Fury is going to be awfully tough for Seferi. I mean, he’s not meant to win this fight, so it’s not really a discussion point to talk about the chances of him winning. Seferi is little more than a prop to make Fury look good on Saturday. If Fury was serious about wanting to fight someone with a chance of winning, he would have picked out a heavyweight in the top 15 with some boxing skills and size like Kubrat Pulev or Adam Kownacki.

The 6’9” Fury literally towered over the smallish 6-foot Seferi (23-1, 21 KOs) during the face off after the weigh-in. Not satisfied with showing what a size mismatch the fight is, the 29-year-old Fury then picked Seferi off the ground and held him in his arms like a man carrying his bride. It was very odd to say the least. Seferi never even resisted being swept into Fury’s arms. I can’t say I’ve ever seen anything like this before during a weigh-in.

Fury’s weight is two lbs. heavier than his maximum career weight of 274 lbs. for his fight against journeyman Joey Abell in February 2014. Fury stopped Abell in the 4th round of that fight. Today, Fury looked to be in better conditioning than he was for the Abell fight. In that bout, Fury looked fat all over. His face, upper body and legs all looked blubbery. At Friday’s weigh-in, only Fury’s midsection appeared fat. Fury looks like he needs to lose another 25 to 30 lbs. of blubber.

Fury’s boxing fans have been waiting for 2 ½ years for him to come back from his layoff since his fight against Wladimir Klitschko in 2015.

Fury vs. Seferi will be taking place at the Manchester Arena in Manchester, England. This is the first fight of a long road back for Fury, who let himself go badly after he stopped fighting in 2015. Fury said he reached the pinnacle of his career after beating 40-year-old Klitschko. Instead of Fury putting things in perspective and seeing it as a fact that Wladimir was over-the-hill, Fury started spouting off at the mouth, thinking he had beaten a prime Klitschko on the night. It was real dream stuff by Fury. His life

then spun out of control with living the high life and no longer training. Rather than seeing the victory as another day on the job, Fury acted like he was retiring. He then let his foot off the accelerator with his career and ballooned up to 400 lbs. and his career went belly up.

Fury weighed 247 lbs. for his last fight against Wladimir in 2015. For Fury to get back down to that level, he would likely look rail thin. As heavy as Fury has been in the last 2 ½ years, it’s unclear whether he can even get down to that weight any longer, because it’s been such a long time that he’s been carrying around all the weight. At some point it becomes almost impossible for fighters to take off the blubber when they’ve been fat for years. They basically wreck their physiques with the fat they put on, because it becomes almost impossible for them to take the weight off.

“Sefer is a good fighter, I’m not underestimating him,” said Fury via skysports.com. “I look at him the same way I look at [Anthony] Joshua, Wladimir [Klitshcko], [Deontay] Wilder, anybody. He is a dangerous puncher – 21 KOs. He’ll be coming to knock me spark out on Saturday. We’ve all got the same number of chins. If he’s knocked out 21 men before, if he gets it on me he’ll knock me spark out too,” Fury said.

Fury is right about Seferi being potentially a dangerous opponent for him. When you’re a heavyweight, you can be knocked out by almost anybody if you get hit on the button. If Seferi can land one of his shots to the ample midsection of Fury, he might be able to fold him like a cheap suit and drop him for the 10 count. As short as the 6-foot Seferi is, it’s probably a waste of time for Seferi to aim for Fury’s chin, because he doesn’t have the chin to go for his chin.

“I want to keep on going, win all my belts back and become the undisputed heavyweight champion of the world again,” Fury said.

I don’t think it’s realistic for Fury to be talking about unifying the heavyweight division. His goal should be to cash out against Anthony Joshua and go back into retirement again, because he’s clearly not going to beat Joshua or Deontay Wilder. I do think Fury can win a world title, but only by going after WBA ‘regular’ paper champion Manuel Charr, because he’s someone who arguably shouldn’t even be holding onto a title. Fury was never that good, so he should just cash out while he can. 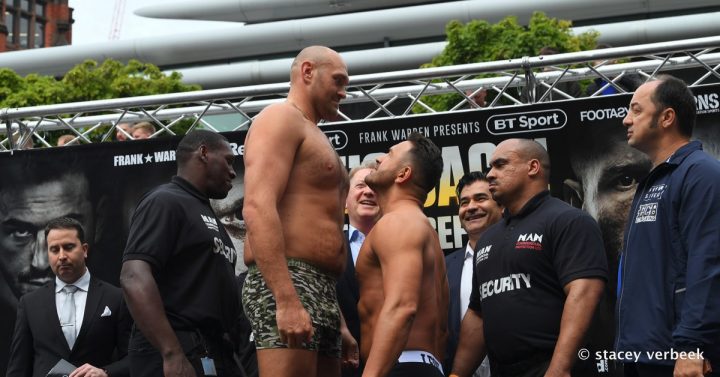 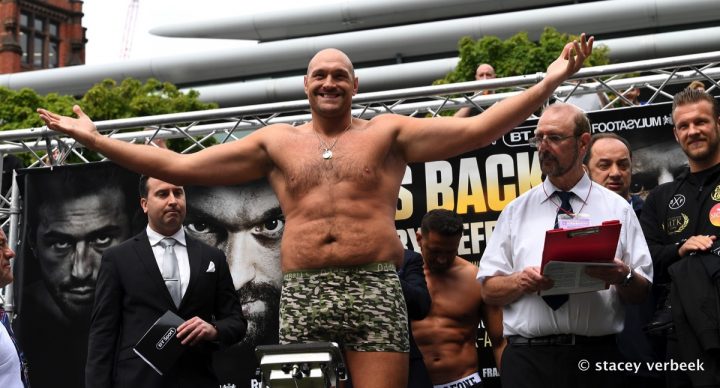 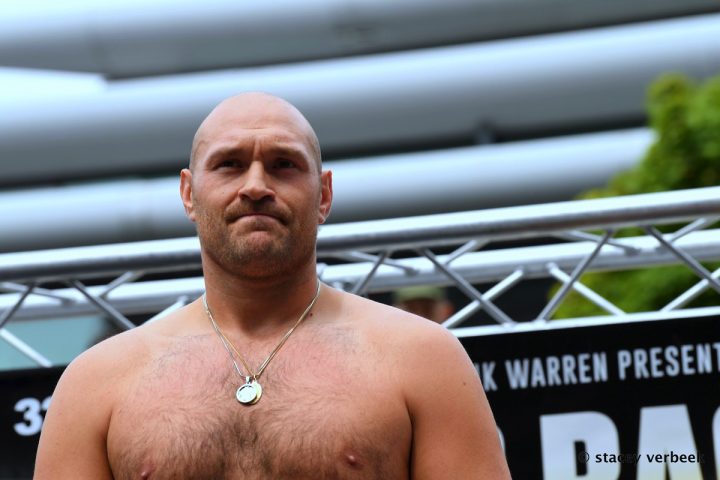 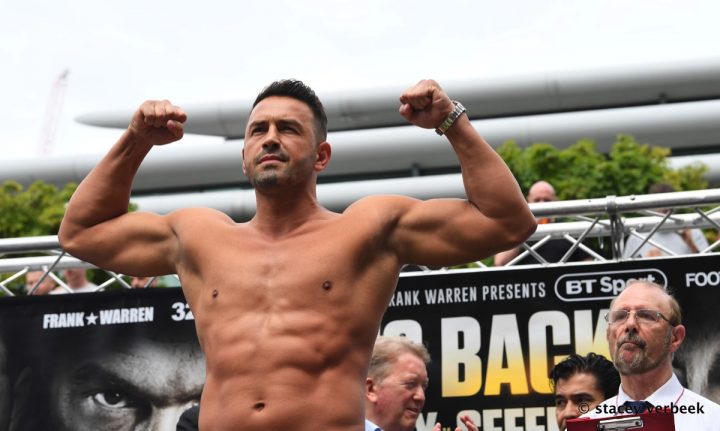 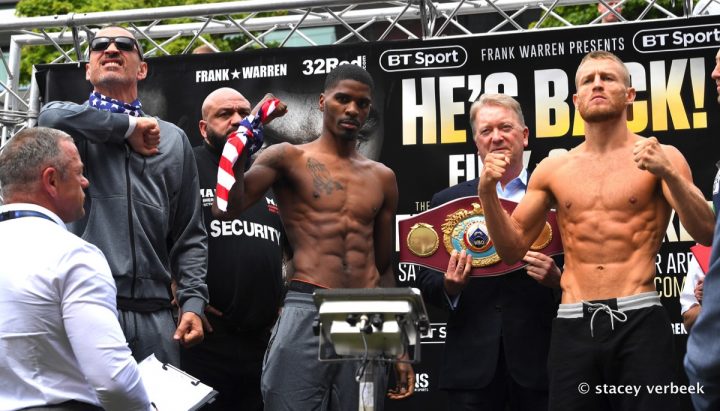 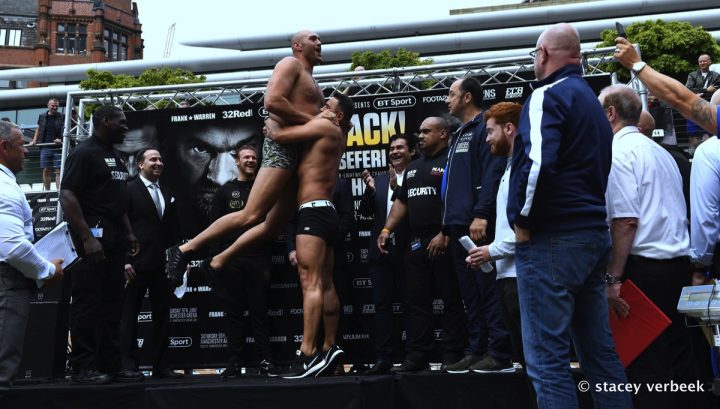 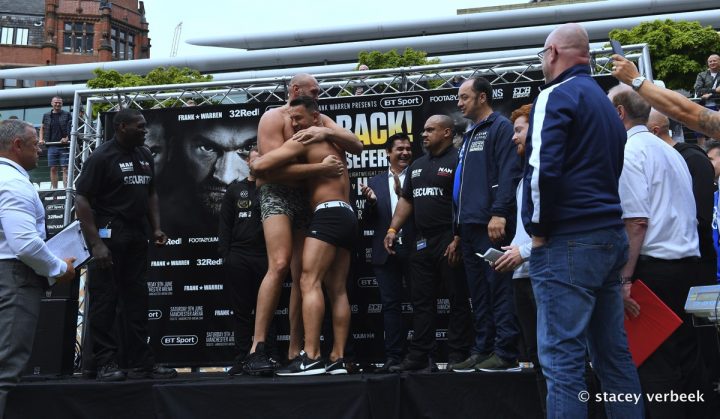 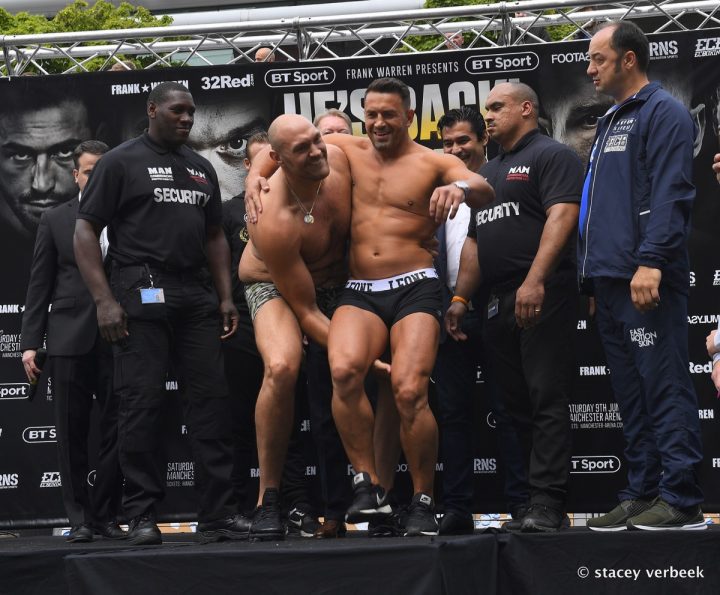 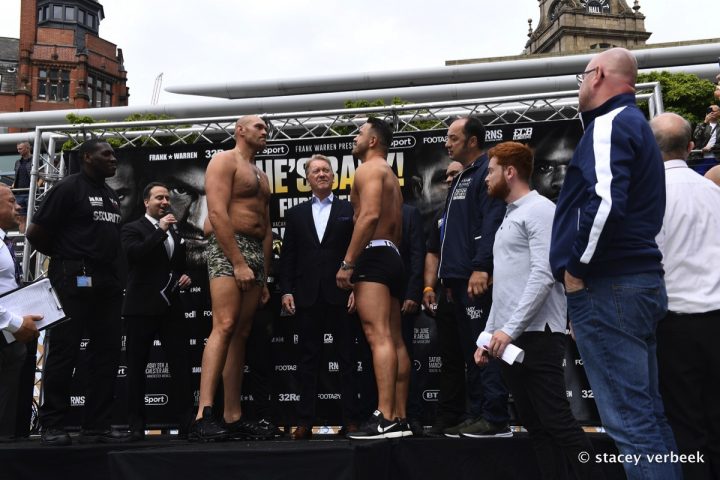 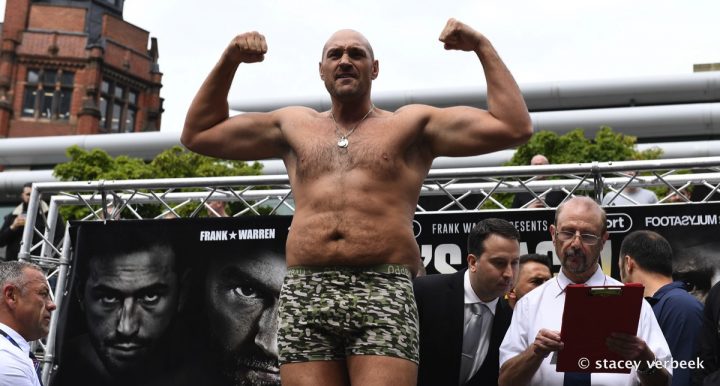