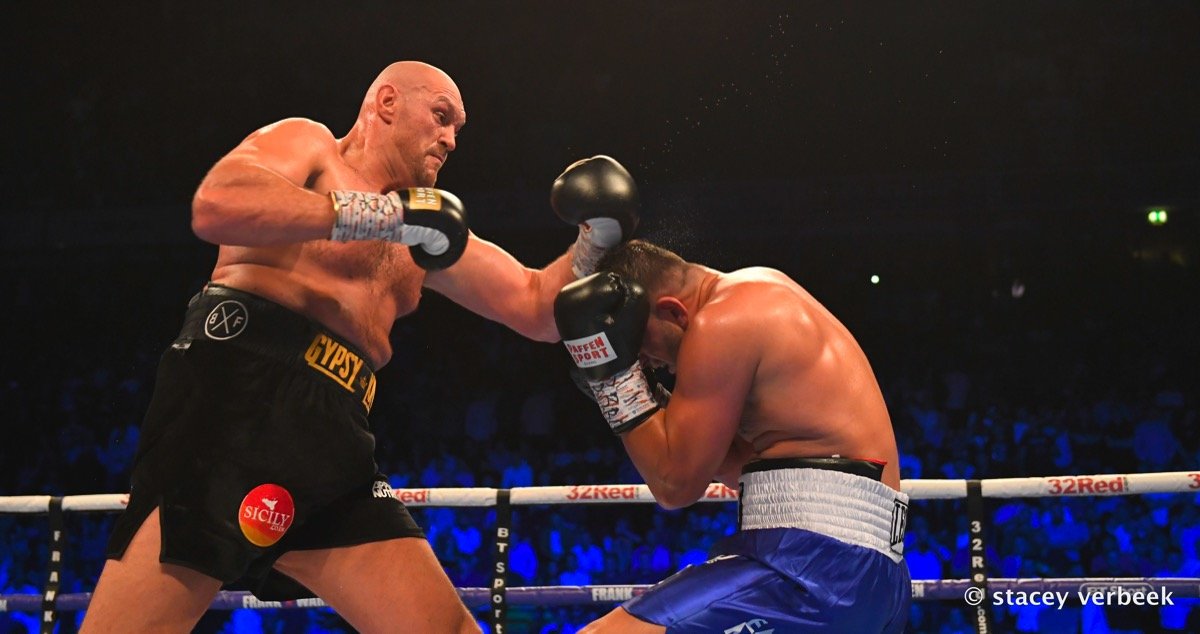 Viewers tuned in to see the Gypsy King dust off the cobwebs after a protracted layoff of almost 3 years out of the ring, as he made Sefer Seferi quit in his corner at the end of the 4th round.

Promoter Frank Warren said, ‘We are building something very special with BT Sport. We have had a combined attendance of 50,000 people across our last three events in Leeds, Belfast and Manchester; and everyone is delighted with the viewing figures from Saturday night which was by far the highest viewed fight on linear subscription TV in the UK this year.’

The Hall of Fame Promoter continued, ‘across those three events we have also had three closely fought World level fights which have all delivered in terms of entertainment, in Selby v Warrington, Frampton v Donaire and Flanagan v Hooker, which is something we will continue to strive to do.’

Tyson Fury returns to the ring on August 18th alongside Carl Frampton at Windsor Park in Belfast, with details of the card being formally announced next week.

Kazakhstan’s amateur kings raring to go as pros
Elite Kazakh amateurs Sultan Zaurbek and Azhbenov Nurtas are keen to get stuck into action in the professional ranks.

Zaurbek said: “British fans should know about me already because I beat Peter McGrail in the World Youth Championships and have picked up medals at youth level.

“I’m a fast, heavy counter-puncher so my style is going to be suited to the professional game. I can’t wait to get started and I’m delighted to be signing with MTK Global.

“I’m keen to gain international experience as a pro as soon as possible. My ultimate goal is to become a world champion and a well-known figure in the boxing world.”

Nurtas – another lightweight – boasts a victory over Olympic champion Fazliddin Gaibnazarov as well as countless medals in one of boxing’s leading amateur national championships.

Nurtas added: “I’m so proud to be signing for MTK Global and I’m looking forward to a productive relationship yielding many titles.

“What I want most is to make Kazakhstan proud. It’s a country with a proud boxing history and I hope to play a significant part in continuing the traditions.

“Ultimately, I want to reach world level and I know with MTK Global guiding my career, we will get there together.”