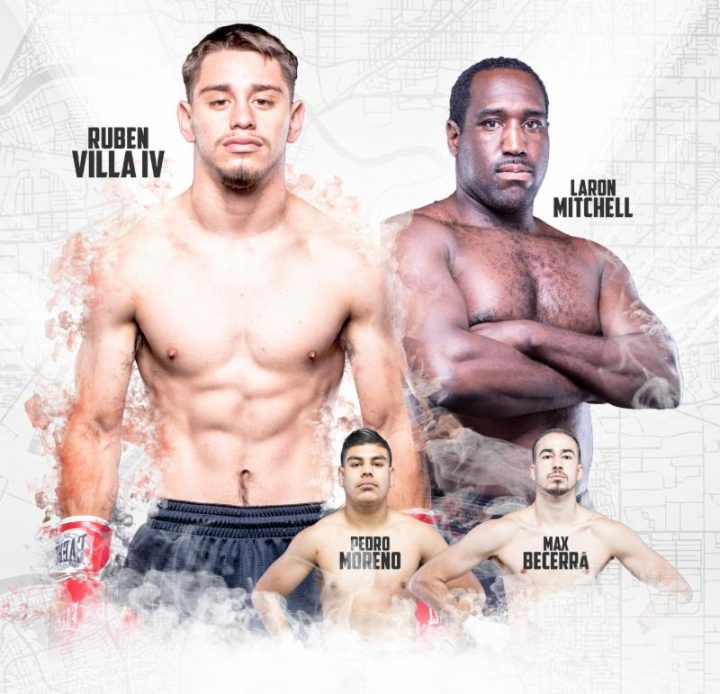 Thompson Boxing Promotions takes its popular Southern California boxing series to the northern reaches of the state for the second time in as many years when it promotes “New Blood,” this Saturday, June 30, from Omega Products International in Sacramento.

Villa, 21, will face Mexico’s Ricardo Lopez (7-2-2, 6 KOs) in an 8-round fight that will mark his third start of the year. The slick southpaw defends his WBO Youth title that he won in April in his hometown. Villa thoroughly outpointed Marlon Olea for his first championship as a professional.

“I’m anxious to get back in the ring,” said Villa, who is managed by Danny Zamora. “I like being active. I’m defending my title for the first time. I’ll have a lot of fans in attendance so I’m ready to put on a great show.”

Villa is promoted by Thompson Boxing and Banner Promotions.

Mitchell will face fellow Bay Area native and former sparring partner Rodney Hernandez (10-7-2, 2 KOs) in a hometown bragging rights showdown that projects to feature plenty of powerful punching (8-rounds). Hernandez, who is from San Jose in the heart of Silicon Valley, is in badly need of a win, having gone 0-3-1 in his last four fights.

The undefeated Mitchell will likely need to shake off a bit of ring rust since he was last active 10 months ago in a third round knockout win of Mike Bissett. Mitchell, a southpaw, will defend his Junior NABF heavyweight title.

“It’s going to be an entertaining fight,” said Mitchell, who works full time as a physical education teacher. “We know each other well because we’ve sparred in the past. There’s going to be no feeling out rounds. I’m going after him right from the start.”

Also on the undercard, undefeated cruiserweight prospect Blake McKernan (8-0, 6 KOs) of Sacramento meets Chris Stallworth (6-3, 3 KOs) in a 6-round bout.

NEWS:   Anthony Yarde wants his competition to pipe down

Opening “New Blood” is light heavyweight Ryan Bourland (14-2, 5 KOs) of Sacramento. An opponent for Bourland will be announced at a later date (6-rounds).

All fights will be live streamed on TB Presents: New Blood via our Facebook page and ThompsonBoxing.com.

“New Blood” is presented by Thompson Boxing Promotions and sponsored by Everlast.

For regular updates on our fighters, events, and promotions, please check our Facebook Page, watch our YouTube channel on Thompson Boxing TV, and follow us on Instag