Geraghty: Jono isn’t naturally gifted at all – I am 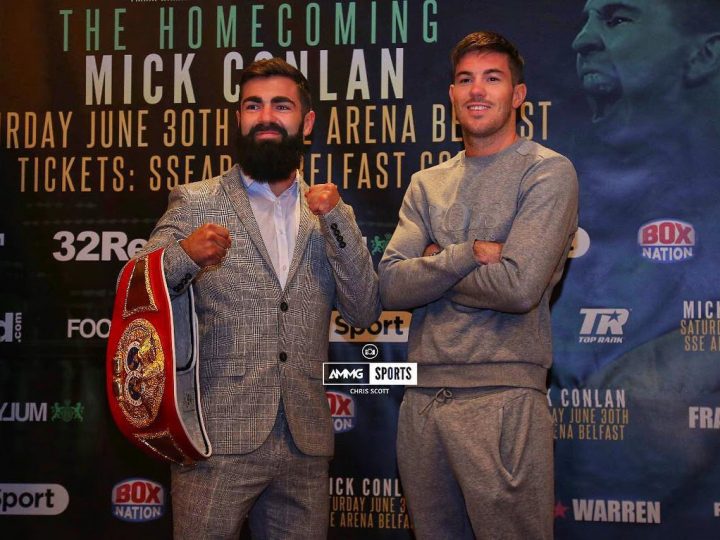 Declan Geraghty has issued a stinging response to Jono Carroll’s criticism ahead of Saturday’s rematch – rubbishing the skills of ‘King Kong.’

‘Pretty Boy’ Geraghty (17-2-KO4) is adamant he was winning the initial 2014 clash with Carroll (15-0-KO2) before being disqualified but this time will dictate the terms of engagement.

Geraghty said: “He couldn’t have got any worse, boxing-wise. You can never really teach someone to box. You either have natural boxing ability or you have to work hard. He’s not naturally gifted.

“He should stop crying. Tick tock. Tick tock. Saturday is coming close and he must be fuming by now. It’s a bit embarrassing the champion is the underdog.

“He was lucky the last time with that disqualification. I was outmuscling him and beating him in that war. This time around, we’ll play my game.

“He got his wish in the first fight and he wanted to have a war. He was losing that fight and I’ve already beaten him at his own game.

“I’m not even thinking about revenge. People will say it’s why I wanted this fight but revenge is not what’s on my mind. I’m just going in there to do a job and that’s to pick up the win.

“As a camp, this has been my most professional. After beating Johnny Quigley, I stayed training. I’ve been in camp all year. It will show on the night.

“I don’t care if the fight steals the show or not. The win is all that matters.”

Boxing » Press News » Geraghty: Jono isn’t naturally gifted at all – I am