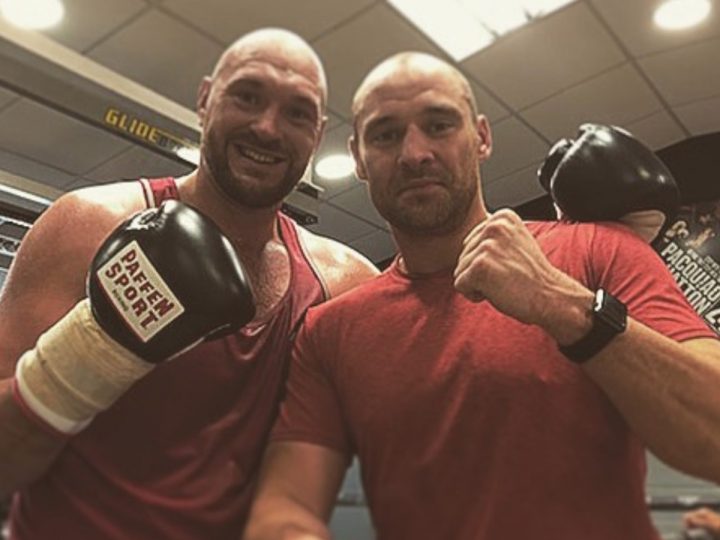 Still just 25, Massey (13-0-5) is rated as one of the division’s brightest prospects and steps up at the Manchester Arena to face experienced Irishman Tims (13-5-KO4).

Massey said: “I’ve knocked out a few sparring partners now through not trying to knock them out, if you know what I mean.

“A lot of people see me as a boxer-puncher but what we’ve been working on in the gym is not tensing up and looking for the big shot. We’ll stay nice and cute.

“I’ve not come across Tims before. He’s from over in Ireland. I’ve seen a couple of clips of him and he looks like a very tough man, but he’s a come-forward fighter and that’ll suit me.

“Tims has that experience. I’m just going to go out there and I’m not under any pressure. I’m in the best shape. I was on weight early after a great camp. We’re going to box him. If the knockout comes, it comes.”

Unbeaten Liverpool heavyweight Alex Dickinson has lifted the lid on his spars with Tyson Fury as he prepares to fight on the lineal world champion’s undercard.

Dickinson (5-0-KO3) takes on David Howe at the Manchester Arena on Saturday night and having blasted Lee Carter aside in his previous bout, is improving all the time amid sessions with Fury.

Dickinson said: “I’ve learned a lot from Tyson. I can’t believe how someone that big can do everything he can do. Normally a heavyweight has a strength – box on the inside or stay at range etc – but he can genuinely do everything.

“I’ve boxed many rounds with him. They were good spars. I felt a bit better by the end of it because I’d learned so much. It was absolutely eye-opening. He gave me a bloody nose but it was a learning experience. He’s unbelievable.

“Getting put under pressure by someone that big, that size, trying to keep the range when he’s got all that height and keeping your head out of the way is perfect preparation. It was amazing.

“He’s a gentleman as well. How people see him on social media and on TV is exactly how he is in real life. There’s no act. He’s an inspiration with what he’s done boxing-wise and how he acts. He treats everyone the same. He doesn’t change for the cameras.

“Exercise can make you feel so good about yourself. Tyson has lost that much weight and he’s looking good. If you’re down in the dumps, there’s someone to talk to and exercise is the best form of help you can have.

“There’s nothing better. The weight is coming off Tyson and he’s licking his lips looking at the world title holders.”

The fast-rising Liverpudlian (7-0-KO6) is hoping to steal the show at Manchester Arena on Saturday night when he faces Kane Baker, who has been stopped just once in 10 fights.

Maxwell said: “Tyson Fury’s comeback is massive. He’s a massive part of boxing. He’s entertaining and he can back it up in the ring. I’m so lucky to be on his show – it’s massive for me.

“There are a load of great fights on the show. Flanagan v Hooker is my weight and it’s for a world title. I’ve been training and sparring with Flanagan the last week and I think he’s going to do it.

“I’m also looking forward to Troy Williamson and Jack Flatley. Both can fight and they’re both good unbeaten prospects. It’s good to see two young lads putting their unbeaten records on the line.

“In terms of my own career, I’m getting closer to a title. By the end of 2018 or the very start of 2019 I want to have started winning titles.

“My girlfriend thinks she can just go around asking for titles and she says the English title for Christmas!”