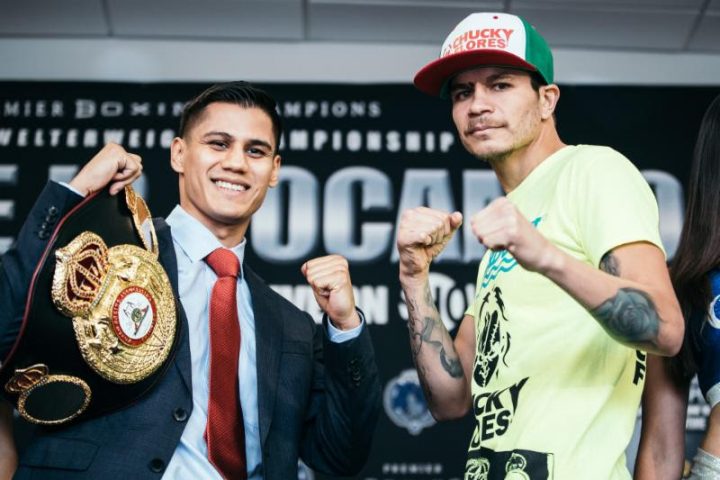 The 12-round world championship fight originates from the Ford Center at The Star in Frisco, Tex., and will be televised on SHOWTIME CHAMPIONSHIP BOXING beginning at 9 p.m. ET / 6 p.m. PT.

Roman and Flores took part in Thursday’s fight week press conference at the Ford Center, which is where the NFL’s Dallas Cowboys practice and train.

Below are quotes from Roman and Flores courtesy of Showtime.

“Flores is a tough opponent. I don’t overlook anybody. I know he’s going to come in and fight. Defending my belt is the only thing that’s on my mind.

“We work hard like always. The only thing that changes in camp is strategy, and we will be ready for anything Flores can bring.

“We’re going to be ready for his pressure. I’m going to fight a smart fight. If we have a chance to take him out early, then I’m going to jump on it. You never know what could happen in a fight.

“Flores is not an easy opponent. Nobody is at this level. I just work hard every day like it’s my first shot at a world title. I know that if I put in the work, everything will come together in the ring.”

“Roman is a good fighter, that’s why we’re here. Hopefully on Saturday night he won’t be able to take my volume of punches. I’m going to bring pressure for every moment of the fight and we’ll see if he holds up.

“Everyone knows that I like to come forward and make exciting fights. There will be drama and I’m expecting to come out of there with my hand raised.

“On Saturday night I’m going to get redemption for everything that happened in my last fight and deliver a win and an exciting fight. This is a chance that I’ve worked and trained hard to get again.”