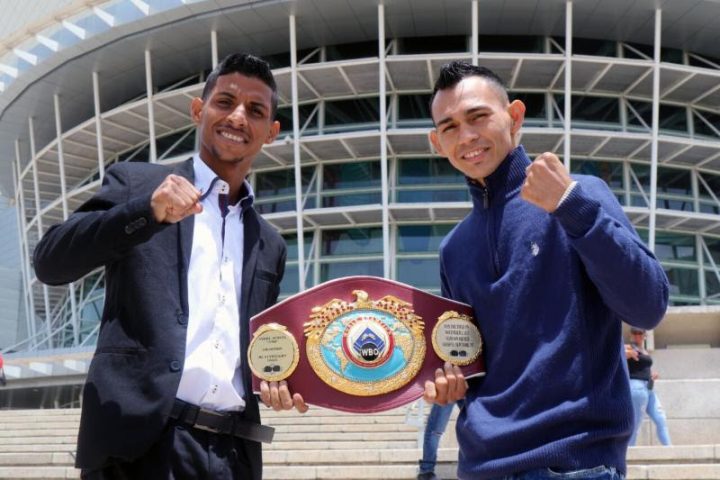 La Batalla: Acosta vs. Buitrago is presented by Miguel Cotto Promotions, and H2 Entertainment, in association with DIRECTV Puerto Rico.

Integrated Sports Media is distributing the La Batalla: Acosta vs. Buitrago card in the United States on cable, satellite and digital pay-per-view via iN Demand, Vubiquity, DIRECTV, DISH and live-streamed worldwide (excluding Puerto Rico.on the FITE.TV app and website (www.fite.tv), starting at 9 p.m. ET / 6 p.m. PT, for a suggested retail price of only $34.95.

Tito Acosta: “I am very excited about this Saturday night’s fight. I’ve been training really hard to get a big win over Buitrago. I only have one thing to tell him about Saturday: he will fail to capture the title and I will remain as a world champion in front of all my fans in Puerto Rico.”

Carlos Buitrago: “I feel healthy and strong. I had a very intense camp I came here with my mind clear and focus with my dream of becoming a world champion this victory is for my country of Nicaragua”

(all fights & fighters subject to change).