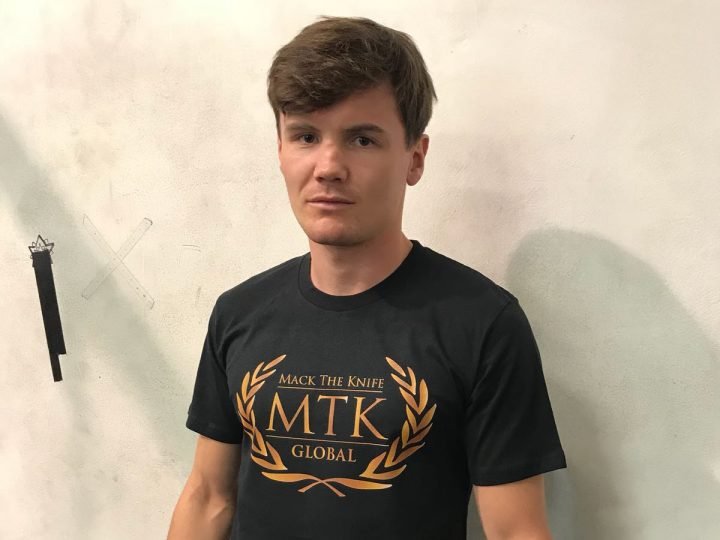 MTK Global is delighted to confirm the signing of world-ranked super-lightweight Darragh Foley.

The Irishman (15-2-KO8) has become a big name in Australia on his way to earning ranking titles with the WBC, WBA and WBO and will now establish himself on the global scene with a world title shot in mind.

Foley said: “I’ve won every major title in the Oceania and Asia Pacific regions and now it’s time to spread my wings in search of a world title. I know MTK Global will provide me with the opportunities.

“I’d got as far as I could off my back. Now I’m ranked by the WBA and WBO it’s time to align myself with a powerhouse of the sport in MTK Global. Together, I’ll achieve my ultimate goal.

“I train under Tony Del Vecchio so it was just a natural fit. I see all the great things MTK Global is doing for its fighters and I want to be a part of it.

“I’ve got a lot of options when it comes to a route to a world title. Kiryl Relikh or the winner of Terry Flanagan v Maurice Hooker would be my first choices.

“I’m also prepared to do battle with the other super-lightweights at MTK Global. Jack Catterall and Ohara Davies are both excellent young fighters and I’d welcome the chance to get it on with those guys.”

“He’s clearly closing in on a world title fight so now it’s down to us to afford him more exposure globally and land him some opportunities in Europe.

“Darragh understands the business of boxing. He’s a great showman inside and outside of the ring. It’s fantastic to be working with him and a long-time associate of mine in his trainer, Tony Del Vecchio.”

Stay up to date with all the latest news at mtkglobal.com and on social media @mtkglobal