Sulaiman: Golovkin has the power to make Canelo fight happen 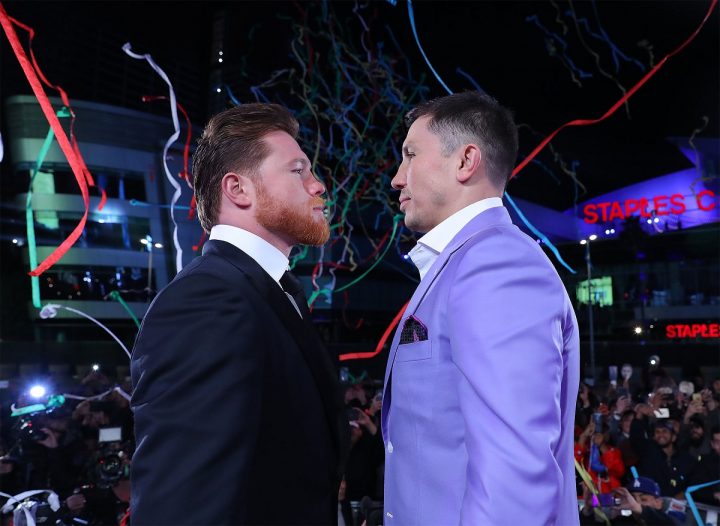 By Jim Dower: World Boxing Council President Mauricio Sulaiman wants Saul Canelo Alvarez and Gennady Golovkin to sit down and reach an agreement to complete the negotiations for their rematch. Canelo has the power to make the fight happen. If he gives Golovkin the 50-50 deal he’s asking for, then the deal can be done.

Both fighters will walk away with potentially $35 million each if it brings in the same numbers as past time on HBO PPV. Canelo will take a pay cut from the $50 million he got from the first fight against GGG, but things have changed a lot since then.

Sulaiman doesn’t understand why the two fighters haven’t negotiated the fight already, but he’s leaving it up to Triple G to get it done. Canelo’s promoters made Golovkin (38-0-1, 34 KOs) an offer of 65/35, which was reportedly acceptable for their May 5 rematch, but that’s no longer the case. Golovkin now wants a 50-50 deal. The terms for the May 5th rematch are no longer satisfactory for GGG and his promoter Tom Loeffler. They don’t want to plug in the same terms for the September 15 rematch, because things are different now. Golovkin feels that he deserves a bigger split because of everything that’s happened now.

“I think Gennady Golovkin should understand that he has the power to make the fight happen and show in the ring, just who is the best,” Sulaiman said to wbcboxing.com. ” Everyone wants to see the rematch because their first fight was great. And the World deserves to see the second fight,” Sulaiman said.

Sulaiman suggests that only Golovkin can make the Canelo fight happen, which means he thinks he’s the one that should give ground in the negotiations. Considering that Canelo already enjoyed an advantage in the negotiations in the previous fight with GGG, it doesn’t make a lot of sense for him to have the same advantage in the rematch. The split for the September 16 fight last year was 70-30 in favor of Canelo. Golovkin came into the fight as the IBF/IBO/WBA/WBC middleweight champion defending his titles. The fight was scored as a draw, although many boxing fans felt GGG won. The results were controversial

“There’s no way to understand why the fight is not signed,” Sulaiman said. ”Everything is set for it to take place in September. I invite both camps to bury the hatchet and make the deal.”

This isn’t about burying the hatchet. It’s about making a deal. Both fighters will make a huge amount of money, but Canelo is playing the A-side game, letting GGG know that he doesn’t bring as much to the fight as he does in terms of boxing fans and PPV buys. Golovkin isn’t willing to play the game this time. I guess he got his fill last time with the judging, the hand wraps, and the scales. And then then with May 5th that Canelo pulled out of on three weeks’ notice after getting positive for clenbuterol, it has Golovkin now digging in his heels and wanting a better deal than last time.

There’s plenty of time for Canelo and Golovkin to agree to a deal, but I’m not certain that it will. The offer that Golden Boy wants Golovkin to agree to of a 65/35 split is so far away from the 50-50 split that he wants, I don’t see a deal being reached between the two.