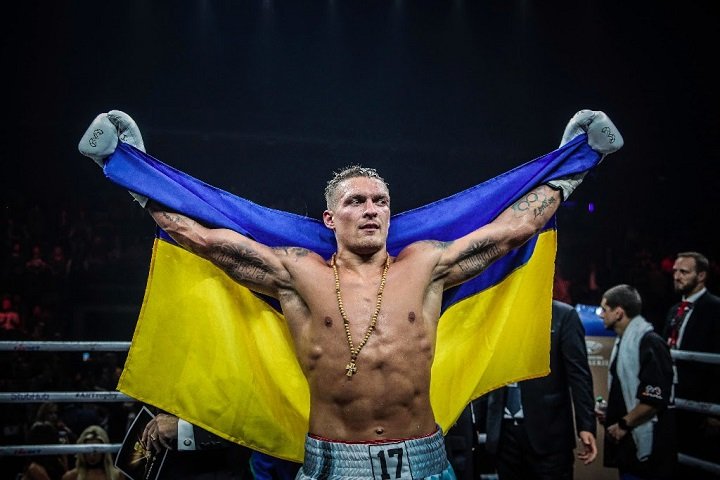 By Allan Fox: Trainer Abel Sanchez says the World Boxing Super Series cruiserweight finals between WBC/WBO champion Oleksander Usyk and IBF/WBA champion Murat Gassiev will be taking place on July 21 at a still to be determined location. The fight was supposed to be taking place originally on May 11 in Jeddah, Saudi Arabia.

Now there’s a possibility that Usyk-Gassiev could take place in Russia. Usyk, 31, suffered an elbow injury in training, and It’s slowed the fight from getting made. Whether the fight is doable in Russia is a major question.

It’s obviously frustrating for Abel Sanchez, who trains the 24-year-old Gassiev, because he wants to get the fight over with as soon as possible. Gassiev hasn’t fought since his 12th round knockout win over WBA World cruiserweight champion Yunier Dorticos on February 3 in their semifinals match in the World Boxing Super Series tournament. Gassiev is healthy and ready to go.

“They tell me July 21, no site yet. Crazy,” said Abel Sanchez said to badlefthook.com of the Usyk vs. Gassiev fight.

For his part, Gassiev is going to need to be busier than he was in his fight against Yunier Dorticos for him to beat Usyk. Gassiev was far too patient against Dorticos, and he let himself fall behind in the fight. It wasn’t until in the last four rounds that Gassiev finally started to let his hands go and take over the fight.

If Gassiev waits on Usyk until the 10th round, he’s going to be out of luck, as the Ukrainian will likely get on his bicycle and coast in the final three rounds. Gassiev waiting until the later rounds against Dorticos before starting to press made the fight a lot harder than it should have been. If Gassiev had gone after Dortics in the first four rounds, he likely would have stopped him quickly.

Gassiev stopped Krzysztof Wlodarczyk in the 3rd round in his quarterfinals match in the WBSS tournament last October. Gassiev made easy work of the 36-year-old former IBF/WBC cruiserweight champion Wlodarczyk.

Usyk had an easy time in his quarterfinals match in the WBSS tourney in defeating former WBO cruiserweight champion Marco Huck by a 10th round knockout last year on September 9. Usyk then defeated WBC cruiserweight champion Mairis Briedis by a 12 round majority decision in the semifinals of the WBSS tournament on January 27 in Riga, Latvia. Briedis fought Usyk to a standstill in the first six rounds of the fight. But after Briedis gassed out, Usyk was able to take command of the fight to win a close 12 round majority decision.