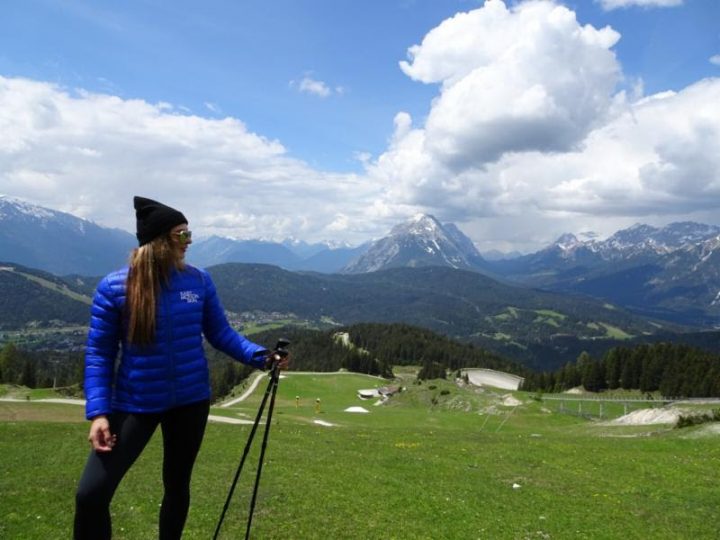 Unified Women’s WBC and WBO Middleweight Champion Christina Hammer has taken to the mountains of Austria for this leg of her intense training camp.

Shields vs Gabriels will be contested for the vacant IBF and WBA Middleweight World Championships and telecast on SHOWTIME BOXING: SPECIAL EDITION at 10 p.m. ET/PT live on SHOWTIME. Extensive highlights of Hammer vs. Nelson will also be shown.

Hammer, of Dortmund, Germany, has dominated the women’s middleweight division since 2010. The 27-year-old says training at elevation in the mountains of Austria is bringing the best out of her.

How has training camp gone so far?

“My camp has gone well. We train three times a day and work hard to be in the best shape possible on June 22 in Detroit.”

Can you tell us about your current training location?

“We are in Austria, staying at a place in the mountains that is about 5000-feet elevation. It’s amazing here. The nature and the mountains inspire me and give me power. It’s very comfortable to do my roadwork and go to the boxing gym because everything is situated in a comfortable way.”

What is a typical day like at training camp?

“We’ve been in Austria for the last 10 days. At 7:30 am, we start the first interval runs. At 9 am, I have breakfast and at 11 am, we go up to the mountains to our gym (which is at 6500 feet high) to do my strength and conditioning work. Later, in the afternoon, we start our boxing work. The nature and beautiful surroundings give me peace of mind.”

How and why is your training camp built into different stages?

“The mountains are perfect to prepare for the fight. You are away from your hometown stay more focused on training. The air is thin and this high level of elevation gives your body a higher level of conditioning. On June 10, we will move on to our next stage of training, which will take place in the United States. That will be to help acclimate me to the new time and climate for fight night on June 22, which is when I will put all of this hard work together and have it pay off in a big way.”

Who is your head trainer?

“My coach is Dimitrie Kirnos. I started my professional career with him. He himself was Soviet Union Boxing Champion and trained many top champions. He is old school and pushes my mind and body to the limit. He is a big part of my team we have a great bond. I have much respect and admiration for him.”

Have you done anything different preparing for this fight?

“I spar with lots of shorter fighters, like Tori Nelson. I guarantee that it will be much more explosive and impressive than Claressa Shields was against her.”

American fans love knockouts. Can they expect a Christina Hammer KO on June 22?

“That’s why I train hard and give everything in the gym. I want to be amazing that night and a knockout would be a perfect ending.”

﻿What is your prediction for June 22?

“I will show my power and skills. People will see who the real unified Middleweight Champion of the world is. My performance will speak for itself!”