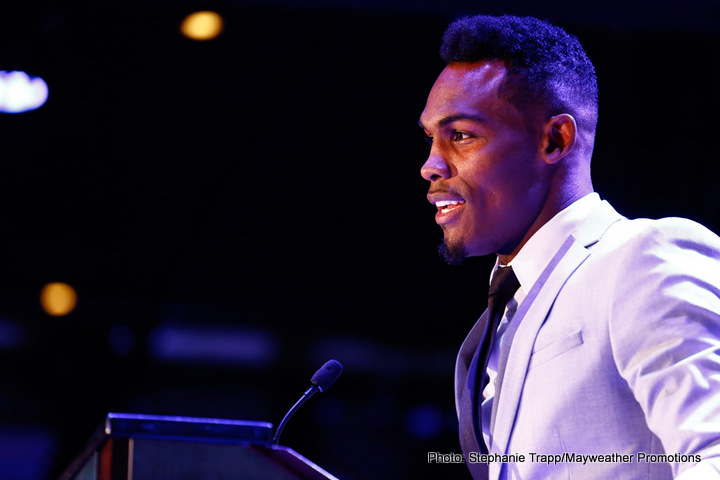 By Jim Dower: Former WBA junior middleweight champion Austin ‘No Doubt’ Trout (31-4, 17 KOs) is being mentioned as the possible next opponent for WBC 154 lb. champion Jermell Charlo (30-0, 15 KOs) on June 9 when he fights in the co-feature bout on the featherweight contenders between Leo Santa Cruz and Abner Mares rematch on Showtime Boxing at the Staples Center in Los Angles, California.

This will likely be Trout’s last title shot, as he’s lost too many fights recently and he’s looked like the shell of the fighter he once was.

Charlo, 27, needs an opponent for that fight date. Dan Rafael of ESPN is saying that #9 WBC Trout is the possible opponent that will step in to face Charlo. Trout hasn’t done anything to rate another world title shot though. Trout has lost two out of his last three fights in the last two years.

What makes it looked even worse is both defeats for Trout were against former IBF junior middleweight champion Jermall Charlo in May 2016, and IBF 154 lb. champion Jarrett Hurd in October 2017. Trout gave the weight drained Charlo a lot of problems in rallying in the second half of the contest after Jermall faded badly. However, Charlo had built up a big enough lead for him to still win the fight by a 12 round decision.

Trout bounced back from those two defeats to beat journeyman Juan De Angulo by an 8 round unanimous decision in February of this year. If Trout faces Jermell on June 9th, it would be his third title shot in his last four fights. When you see all the contenders in the division just waiting for world title shots, it looks bad that Trout is being given repeated title shots while other contenders must wait in line forever.

Charlo’s management needs to try and find better opposition for him, because he’s had too many soft fights since his controversial 10 round unanimous decision win over Vanes Martirosyan in March 2015. A lot of boxing fans thought Charlo deserved a loss in that fight.

Charlo has looked a lot better in his last four fights in beating Joachim Alcine, John Jackson, Charles Hatley and Erickson Lubin all by knockout. Charlo looks improved, but there’s still no way of knowing for sure because he hasn’t faced any of the lions in the division like Jarrett Hurd and Erislady Lara. Those guys are now two of the best fighters in the division now that Jermall Charlo has moved up to middleweight and Miguel Cotto have retired from boxing.