Groves: “Cox doesn’t have the boxing brain, I’ll end the fight before the distance” 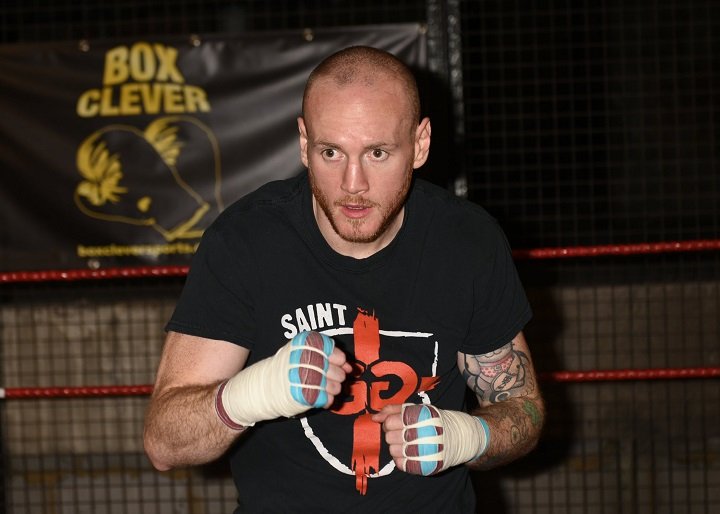 Groves will be making a first defence of the WBA Super title he claimed with a sixth-round TKO victory over Fedor Chudinov on May 27 in Sheffield, and ‘The Saint’ is confident of retaining his belt and landing a semi-final spot opposite Chris Eubank Jr, who secured a statement win over Avni Yildirim last Saturday in Stuttgart.

“I’ve always done well against guys I’m naturally bigger than,” said the 29 year-old from Hammersmith. “Jamie is not so big so if he comes in heavy he is going to be slow. He fights at middleweight and could probably even make super welter if he needed to.

“Jamie is a fit lad and he trains hard. That will increase his powers of recovery so if he does get buzzed or wobbled he’s more likely to be able to ride the storm. Martin Murray was similar. He wasn’t as big as me. He couldn’t find his range and I was landing big heavy shots on him. I couldn’t get rid of him that night. Maybe I could if I had applied myself more, but I didn’t need to, I was in full control.

“Against Jamie, I’m going to land even cleaner. He doesn’t have the boxing brain Martin Murray does. I don’t think he will be able to negate his way through difficult situations. Once I set a few traps and he falls for them, I’m going to land big shots and he’s going to go.”

Cox, however, who enters the ring with an undefeated record of 24-0, believes it will be a matter of hunger and not size.

“George Groves has been eating lobster, while I’ve been eating crisp sandwiches,’’ he says. “We live completely different lives. I’m the hungrier fighter. This is a big opportunity for me and I’m going to take it. I’m feeling good, I’m ready and I’m looking forward to the occasion.”

Tickets for George Groves vs. Jamie Cox at The SSE Arena Wembley are available via https://www.ssearena.co.uk/
www.WorldBoxingSuperSeries.com