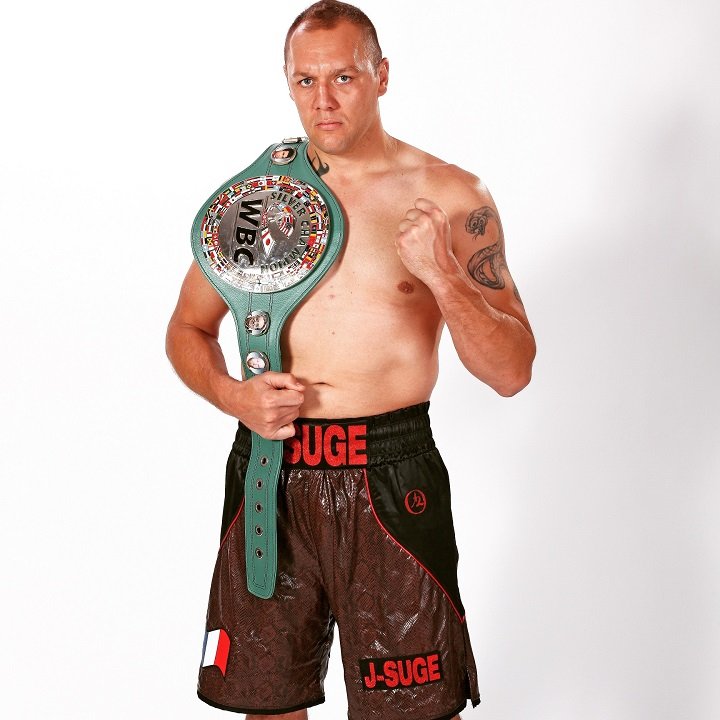 Frenchman Johann ”Reptile” Duhaupas (35-4, 22 KO) fights on the main event for 10 rounds against Russian giant Evgeny Orlov (17-15-1, 13 KO) at Vaasa, Finland on 16th September show. Show is promoted by Caramelito Promotions which is same time having its last show in professional boxing business.

Duhaupas, who has knocked out Robert ”Nordic Nightmare” Helenius back in April 2016 for WBC Silver -title fight, is dangerous boxer for Finnish heavyweights while he has beaten also Helenius´ countrymen Jarno Rosberg and Janne Katajisto on EU title fights back in 2013 and 2014.

Duhaupas who fought bravely against Deontay Wilder for WBC title in 2015 is still dreaming over capturing world heavyweight title but would also be anytime willing to give rematch for Robert Helenius.

– I have had excellent training camp mainly in North America and my goal is to capture world heavyweight title but before that its nice to be back in Finland. I have taken my career so far best victory here against Robert Helenius in WBC Silver -title fight back in April 2016.

I really would like to beat him again because his team is making all kind of excuses (like wrong gloves and some health problems) for that loss and not just admitting that that night I was the better man than Robert and that fact stays valid even still!

Im ready to give a rematch for Robert and I know that in Finland there is at least 2 promoters who would be interested to make it happen but only Robert´s team is escaping from the opportunity and setting himself such purse demand which reveals that he has 0% interest to eat my punches again.

So while its obvious that Robert Helenius is not having interest to face me anymore, I would like to give him 2 important advices for future career: 1) improve your guard and 2) improve you stamina; Johann ”Reptile” Duhaupas sends his greetings to Robert Helenius.

The show contains in total 5 fights and also the undercard is very action-packed while 2 fights is battled between Finnish boxers which is quite rare experience in Finnish professional boxing events.

-I´m very happy that we get world class star like Johann Duhaupas to fight on our last show in the main event and at any level this show will be the highest level professional boxing show which has ever taken place in this city, promises promoter Markus Lammi from Caramelito Promotions stable.