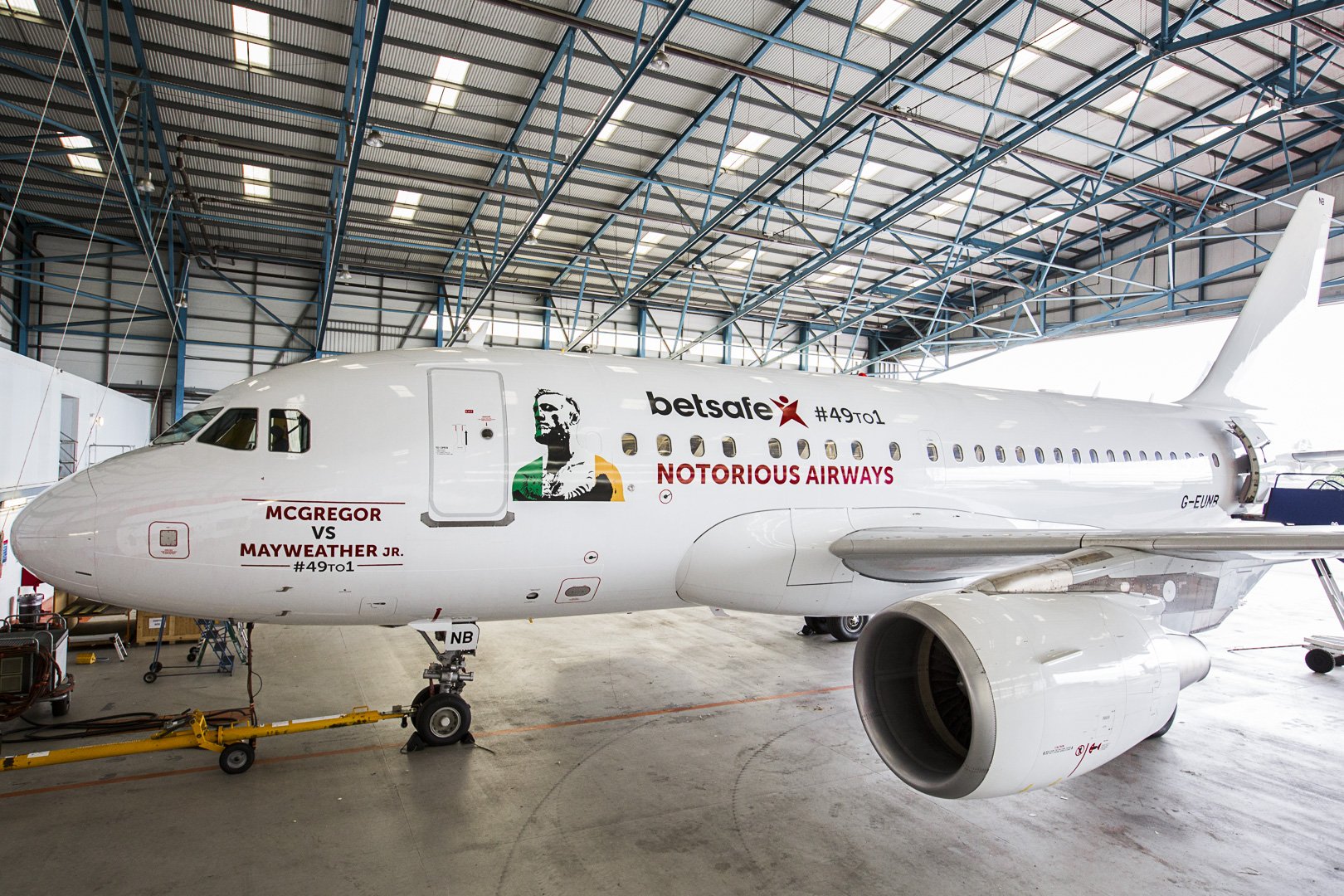 McGregor’s private jet, created in partnership with Betsafe, is en route to Las Vegas for his historic fight with Floyd Mayweather

Conor McGregor’s official private jet, ‘Notorious Airways’, set off for Las Vegas this morning ahead of the most talked about fight in history.

‘The Notorious’ sent a strong pre-fight message on his departing 32-seater luxury private jet, depicting a giant image of himself alongside a reminder of the odds the ‘Money Man’ is up against this weekend, with a cheeky nod to the #49to1 record he believes Mayweather will have when the dust settles in the desert.

‘Notorious Airways’ has been created by Conor McGregor and his new new sponsor, Betsafe, as an exclusive private jet to fly a small selection of lucky fans, two members of his Straight Blast Gym and Betsafe competition winners to Las Vegas where they will watch the fight live at the T-Mobile Arena. Also on-board the jet are Betsafe ambassadors, boxer Tony Bellew and UFC fighter Jimi Manuwa, as well as boxing promoter Eddie Hearn.

For the flight safety video, McGregor said: “Welcome to Notorious Airways, this is your captain speaking, and until the seat belt sign goes off, you’ll do f*cking nothing. Buckle up, it’s going to be a bumpy ride, but not as bumpy as the amount of bumps Floyd’s going to get in the mouth! Thank you for flying with Notorious Airways, we appreciate your support and remember, we’re not here to take part, we’re here to take over.” 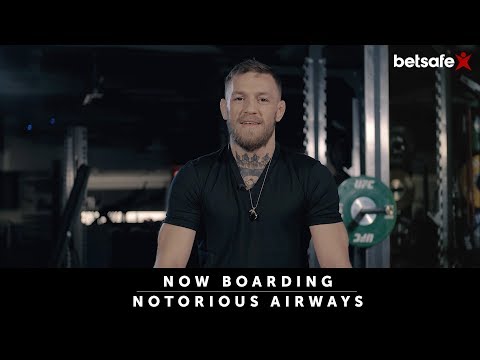 Tony Bellew stated: “Mayweather will knock him out within six rounds and went on to comment that his next three fight will be Parker, Ward and Haye, in that order of preference.”

Eddie Hearn said: “that he could see Tony Belew in the UFC, he’s got the mentality and would do really well. So watch this space.”

Jimmy Manuwa said: “Conor will knock-out Mayweather in round four. Conor will close Floyd down, corner him and unleash the left hand”

Betsafe, who announced McGregor as an official brand ambassador, are offering odds of 49/1 to all new customers that McGregor will defeat Mayweather in Las Vegas.
For more information on the odds and a full wide range of Mayweather v McGregor fight betting markets, please go to:www.betsafe.com

Huck vs Usyk: Huck ready to entertain in Berlin on September 9 »