Canelo-Golovkin to have their titles on the line for Sep.16 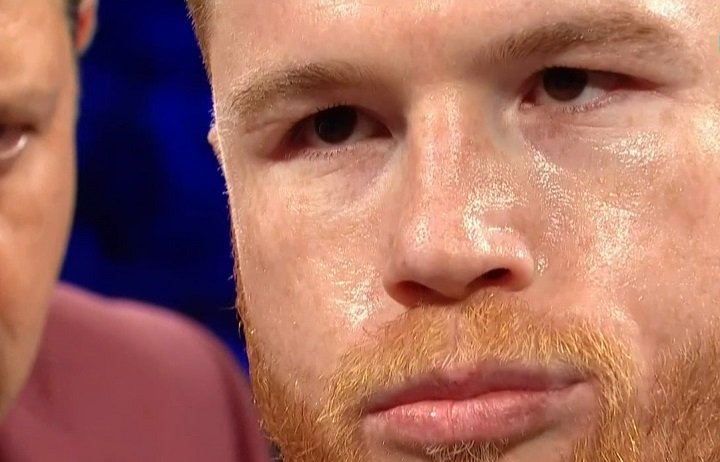 By Dan Ambrose: Saul Canelo Alvarez will have his Ring Magazine middleweight title up for grabs in his fight against middleweight champion Gennady “GGG” Golovkin in 2 months from now on September 16. Golovkin (37-0, 33 KOs) will put up his IBF and WBA middleweight belts. Canelo doesn’t want any part in fighting for Golovkin’s WBC belt.

That belt will fall vacant should GGG lose to Canelo (49-1-1, 34 KOs. The winner of the Canelo-Triple G fight will be viewed as the best fighter in the 160 lb. division. Triple G’s WBC belt will become vacant if he loses to Canelo. It won’t go to Canelo, because he doesn’t want the belt.
Canelo doesn’t have a great relationship with the World Boxing Council. That explains his lack of interest in fighting for GGG’s WBC middleweight title.

Golovkin and Canelo will be fighting on HBO pay-per-view on September 16 at the T-Mobile Arena in Las Vegas, Nevada. There is a huge amount of interest in the fight from the boxing public. Even the mega-event between Floyd Mayweather Jr. and Conor McGregor doesn’t figure to stop the Canelo-Golovkin fight from attracting a lot of boxing fans willing to purchase the fight on PPV.

“GGG will be proudly defending all of his titles … as well as looking to add The Ring magazine title to his collection when he steps into the ring against Canelo,” said Tom Loeffler, the promoter for Golovkin, via ESPN.com. “Fans love this matchup. It’s not only the two best fighters in their division fighting each other in their prime, but also two of the most marketable fighters in the sport.”

Golovkin and his team are pretty confident that they’ll deal the smaller, weaker 27-year-old Canelo a defeat on September 16. Golovkin has what some people believe to be the strongest jab in the 160 lb. division. This goes along with most power of any fighter in the division. The jabs that Golovkin was landing on the much bigger 6’0” Danny Jacobs in their fight on March 18 were powerful head-snapping jabs, which stopped his forward momentum repeatedly in the second half of the fight. Golovkin chose to box Jacobs in the last half of the fight instead of slugging, and he proved that he could dominate with his jab alone.

“I am very proud to be fighting for these important titles in this fight,” Alvarez said. “This will be the best boxing event of the year, and I know all of the fans from Mexico and beyond will come out and enjoy the fight as I defend my lineal and Ring magazine titles and take home the WBA and IBF championships.”

Canelo needs to let his old grievances he might have with the WBC go by the wayside. If Canelo wants to be recognized as the best fighter in boxing, then he’s got to be able to fight for the WBC title. The casual fans like when fighters control all the titles in their respective divisions.

One question thought you have to ask is how much interest would the 27-year-old Alvarez have in holding Golovkin’s WBC title. If Canelo wins the WBC belt, the first order of business for the World Boxing Council would be to order him to face the WBC mandatory challenger. Canelo would probably be looking at a tough fight against Jermall Charlo. Do Canelo and his promoters at Golden want that fight against Jermall? They didn’t make that fight for Canelo when he was a junior middleweight. What makes you think anything would change now that Canelo has moved up to the middleweight division. The WBC title brings with it a lot of pure headaches for Canelo with him faced with a tough challenger like Jermall Charlo.

Golovkin wants to win all the middleweight titles. He’s not the type to hold a grudge and let that get in the way of him accomplishing his own personal goals.

Golovkin wants to fight Canelo in a rematch or two, and then go after the WBO middleweight title held by Billy Joe Saunders. If Golovkin can win all of those fights, there would be nothing left for him to achieve in the middleweight division. Golovkin would then likely move up to super middleweight if he wants to continue his career.

There aren’t a lot of big names in the 168lb division for Golovkin to fight. Moving up in weight might be a self-defeating move on GGG’s part. If he stays at middleweight, he could get fights against the likes of Jermall Charlo, Danny Jacobs and possibly some of the junior middleweights that might be interested in moving up in weight.


« An Answer for Adrien “The Problem” Broner