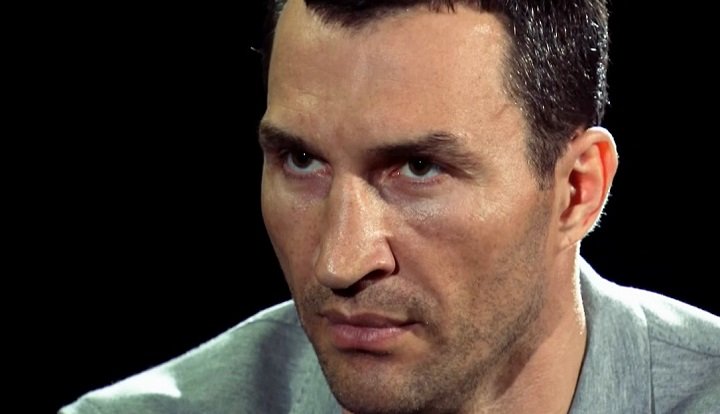 By Allan Fox: IBF/WBA heavyweight champion Anthony Joshua might need to do some traveling if he wants to fight a rematch with the 41-year-old Wladimir Klitschko. According to Joshua’s promoter Eddie Hearn, Las Vegas, Nevada is the leading candidate for the location for the rematch between the two heavyweights. The rematch between Joshua and Klitschko could take place in November if Wladimir is on board with continuing his boxing career. Wladimir hasn’t said yet whether he’ll return for a second fight.

Hearn has spoken to Klitschko’s manager Bernd Boente recently and it appears they’re interested in taking the fight to the States in Vegas. Not surprisingly, Hearn wants to stage the fight in England if he can get his way. That would mean that Wladimir would need to fight Joshua twice in a row in the UK, as their previous fight on April 29 took place in London, England.

You can fully understand why Wladimir wouldn’t want to fight in front of another pro-Joshua crowd, because he had the fight under control going into the 10th round. The crowd started cheering for Joshua after he landed a decent shot. From that point on, Joshua started to fight with adrenalin and was able to get back into the fight to eventually knock Wladimir out in the 11th.

“I have been in talks with Bernd Boente and the team,” Hearn told Sky Sports News HQ.“Vegas has taken a little bit of a frontrunner in those. Nigeria is still in the mix, Dubai as well, and of course Cardiff. But like I said, Vegas has probably got its nose in front at the moment.”

Having the Joshua-Klitschko rematch in Nigeria or Cardiff would favor Joshua once again. I don’t know if that would be worth it for Wladimir to keep giving Joshua he home country advantage each time. Unless Wladimir is in need of a payday, he might want to go in another direction towards either retirement or a title shot against the likes of WBC champion Deontay Wilder or Joseph Parker.

Wladimir could probably get both of those fighters to come to Germany if he wants to fight them in front of a pro-Wladimir crowd. Fighting Wilder in Las Vegas would be like fighting at home for Wladimir, because he would likely have the boxing fans on his side. Wilder is popular in his home state of Alabama, but he doesn’t have a huge following all across the U.S.

The States is a huge country. It’s impossible nowadays for a fighter to be popular everywhere in the U.S. I would be good to see Joshua do some traveling for a change, because he’s had it his way his entire career in fighting in the UK each time. If Joshua wants to become a PPV star in the U.S, there will need to be a move by him at some point to start fighting over there. Joshua won’t become a star in America with his fights piped into the country from the UK. He’s not fighting in front of American fans, and he’s fighting at the wrong hour and against the wrong opponents most of the time.

”I would like to keep it in Britain,” said Hearn. “If it means travelling to make sure this fight happens for world boxing, and it means taking a few plane loads to Las Vegas for a night and an experience they won’t forget.”

Joshua, 27, was knocked down in the 6th round by Klitschko and exposed in their fight last April. Wladimir was the more athletic fighter with the better hand and foot speed. Joshua looked like he’d spent the entire training camp for the fight lifting weights instead of training on boxing. Joshua looked muscle-bound and his stamina was poor. It was very lucky that Wladimir chose to fight in a conservative manner afte re hurt Joshua in the 6th. The knockout was there for Wladimir if he had shown some motivation and gone after Joshua the way he needed to for him to win the fight.

Canelo wants only ONE fight with GGG »