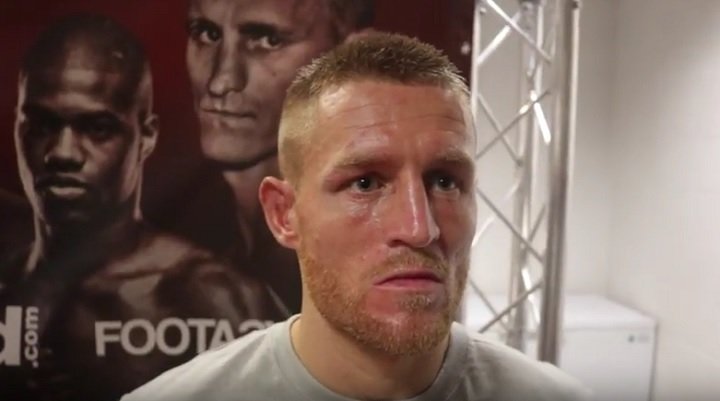 The scoring by the judges was way out of whack from the actual fight that took place tonight.

The two judges that gave Flanagan the victory by the scores 120-108 and 118-110 seemed like they were watching an entirely different fight than one that took place. Petrov was pushing the fight in every round, and looking great. I had Petrov winning rounds 2, 5, 6, 8, 9 and 11. Flanagan really gassed out badly in the second half of the contest, as he was unable to stand and fight Petrov. Over and over again, we saw Flanagan grab Petrov when he would come forward looking to land his shots.

Petrov was cut in round 11 over his right eye from a clash of heads. It was a pretty bad cut, but the fight was almost over and it didn’t factor into the remainder of the contest.

In round 1, Flanagan started off well in landing his jab and moving in circles. However, by the end of the round, Petrov was catching Flanagan repeatedly with single shots to the head. There wasn’t much clinching from Flanagan in this round. That would come later once he seemingly realized that he couldn’t deal with the superior hand speed and inside fighting ability of the Russian fighter.

Petrov came on strong in round 2, nailing Flanagan with head-snapping left hands. The shots were beautifully thrown, and there was nothing Flanagan could do but take them and then start holding. Flanagan was dominated in this round.

The holding by Flanagan really started to rear it’s ugly head in round 3. That’s when Flanagan began to hold like no tomorrow. I guess Flanagan had no other option but to hold, because he wasn’t skilled enough to stop Petrov when he was in close. Petrov was smart because he kept throwing punches despite being held. For the judges not to give Petrov rounds, they obviously weren’t scoring punches that the Russian fighter landed while he had Flanagan holding onto him like an octopus. The judges are supposed to score rounds for a fighter if he continues to work when he’s being held repeatedly by another fighter. I imagine that didn’t happen tonight in losing at the lopsided scores from two of the judges.

You can argue that Flanagan should have lost 1 to 2 points for his excessive holding in the fight. In round 9, Flanagan was out of control with his clinching. I counted 13 clinches by Flanagan in that round alone. I’ve seen some overweight heavyweights that clinch a lot, but I’ve never seen a lightweight do as much clinching as Flanagan did tonight. The holding got in the way of actual fight in my view.

The boxing fans at the Manchester Arena were as quiet as mice during each round because there was nothing to get excited about. The reason for that was because Flanagan kept grabbing Petrov each time he could come forward. It totally interrupted the entire fight because it was to the point where you could consider it fouling. There’s normal clinching for when a fighter is hurt. That’s not what Flanagan was doing tonight. His game plan was holding, and it was so ugly to watch. I couldn’t give Flanagan many rounds because he was using his clinching to nullify the offense of Petrov.

“I won the fight comfortably,” said Flanagan after the fight.

I’m sorry, Flanagan, but you didn’t win the fight comfortably. You didn’t lose it, but you definitely didn’t win it. You fought terribly throughout, and the performance was nearly good enough for you to be mentioned in the same breath as talents like Jorge Linares, Robert Easter Jr. and Mikey Garcia.

There was talk of Flanagan fighting Jorge Linares. That’s a fight that they want. I don’t think it’ll happen. With scoring like we saw tonight, why would Linares want to risk being put in the same situation? Unless they can find a neutral venue for the two to fight, I don’t think it’s going to happen. Besides that, Linares is much too talented for a limited fighter like Flanagan. If Plan-A for Flanagan is to grab and hold Linares nonstop, then that would be a fail in a major way, because it’s not going to work against him. Flanagan would have to find some other way to try and win because holding 10 times per round to shutdown Linares’ offense wouldn’t do the trick.

I’ve never seen Flanagan look so bad before. Petrov, 5’6”, really had his number with his herky-jerky style of fighting, and especially with his head movement. Petrov was able to avoid most of Flanagan’s shots, and he had him looking confused, and afraid to let his hands go. It was surprising for me. I’m so used to seeing Flanagan dominate his over-matched opposition. Tonight, Flanagan met his match and struggled from the very first round to the final round.

Flanagan failed to do enough to get enough rounds to get the victory on my scorecard due to the constant holding he was doing in the fight. Flanagan was clinching frequently to keep the 34-year-old Petrov from getting his shots off. It was frustrating to watch because it was obvious what Flanagan was doing in the fight. He was not comfortable with Petrov’s inside fighting ability, as well as his fast hands. So instead of fighting the best he could, Flanagan tied Petrov up repeatedly.

I thought the referee should have taken some points away from Flanagan for his holding because it was out of control in the second half of the contest.

Here is the amount of clinches that Flanagan initiated starting from round 6:

Round 6 : Nine clinches by Flanagan.

After the way that Flanagan fought Petrov, I don’t think it’s a good idea for him to try and fight someone like Mikey Garcia, Vasyl Lomachenko or Jorge Linares. Those guys are too talented. It probably won’t to that point anyway because Flanagan will be making a defense of his WBO title in June, and it’s supposed to be Felix Verdejo. I don’t think he can beat the tall, rangy Verdejo. He’s just as all, and he’s got excellent punching power and hand speed. If all Flanagan can do is hold nonstop, he’s going to lose badly to Verdejo. Lomachenko’s name was mentioned as someone they want Flanagan to fight. I doubt that Lomachenko will move up in weight just to fight Flanagan. Lomachenko will move up eventually, but I doubt that he would do it for a fight with Flanagan because it’s not a huge money fight. Lomachenko is more interested in unifying the super featherweight division right now rather than moving up to lightweight. I see Flanagan as a paper champion at lightweight in comparison to the other title holders. Mikey Garcia, Easter Jr. and Linares look world’s better than Flanagan in my opinion. At the same time, I could definitely see how it would maybe be a good idea for Flanagan to get the biggest money fight he can get right now, because I don’t think he’s going to be able to get past Felix Verdejo. 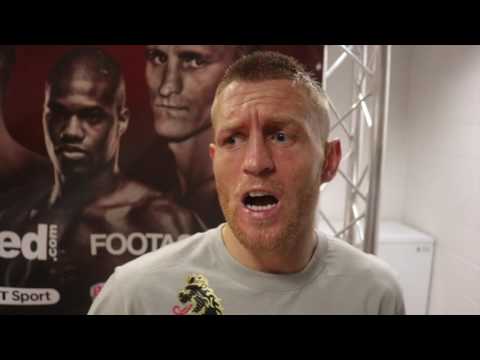