Klitschko: “I am obsessed to win this fight” – Klitschko vs Joshua 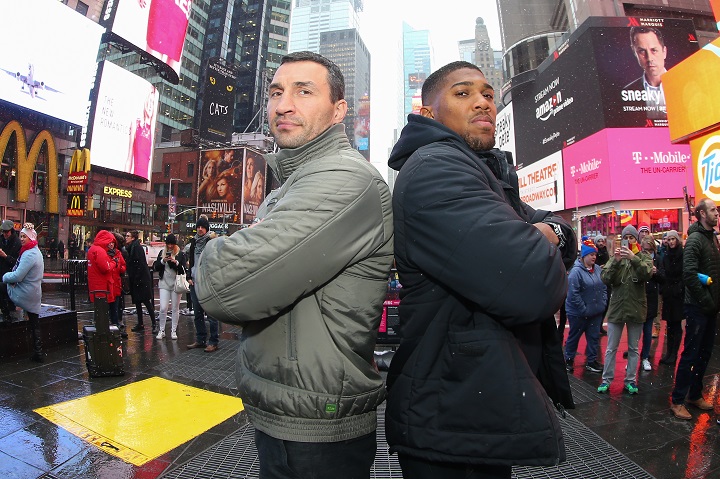 Former World Champion Wladimir Klitschko is facing IBF champion Anthony Joshua on April 29 at Wembley Stadium, and Wladimir is determined as never before.

“I am obsessed with winning this fight”, Wladimir Klitschko said at today’s media event in Austria in front of about 50 journalists. “It’s important for me to prove to myself that I am able to defeat every man facing me in the ring. I am ready to walk a long and hard walk to show myself that I can master myself and can be proud of myself.”

He seems to enjoy his role as the hunter, as Bernd Boente, the Managing Director of the Klitschko Management Group, confirmed: “He is very relaxed, calm and focused. But this is only the calm before the storm. He is incredibly motivated to fight on this stage, the sold-out Wembley Stadium, and also to fight as a challenger for the first time in a long time. Sometimes I thought that he lost a bit of his motivation before. If you have to defend your title again and again and if you are the champion for more than nine years it’s an unbelievable burden. Today, I believe that Wladimir is feeling like a bird that has just left its cage and is finally able to fly again.” 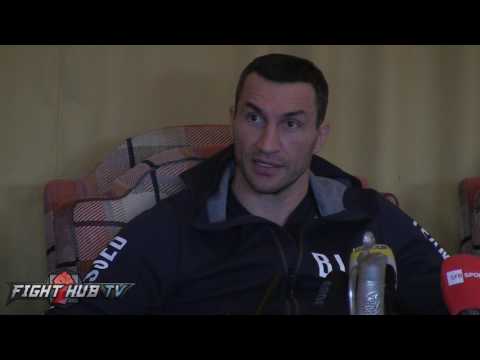 Quigg will defend his WBA International Featherweight title, which he captured in his first fight at his new weight in December in Manchester with a ninth round stoppage. 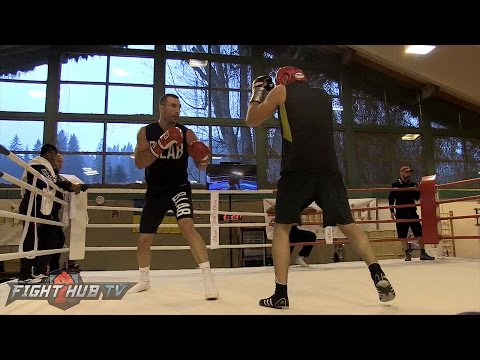 Wembley Stadium represents another first for Quigg as he has future hall of fame trainer Freddie Roach in his corner for the first time as he takes on Simion.

The Romanian has just the one blemish on the record from his last trip to the UK, where he severely tested Lee Selby over 12 rounds in Hull in 2013, and the 35 year old is ranked number five in the IBF having picked up and defended the International title last year.

Former WBA Super-Bantamweight king Quigg is gunning for a shot at becoming a two-weight World champion, and he believes that a big win in his first ever stadium fight will put him at the frontf of the queue.

“This is a fight I’m really looking forward to,” said Quigg. “It’s my first fight working with Freddie and training team and it’s a fight that will catapult me right in the mix for a World title fight.

“Simion is an experienced, skilful and strong fighter and his only blemish on his record is against the current IBF champion Lee Selby, who he pushed all the way. I’m expecting and preparing for a very tough fight but one I’m very confident in and expect to put in the best performance of my career and put myself in line for shot at one of the champions.

“Training camp couldn’t be going any better. The switch out to L.A has been a breath of fresh air. The change of environment working with Freddie and the quality of sparring has really freshened things up and I’m excited to show the improvements made on such a massive platform at Wembley stadium.”

Quigg’s desire to box for world honours at 126lbs could be boosted ahead of the fight as his promoter Eddie Hearn is looking to get the bout official eliminator status.

“This is a great fight for Scott and the last hurdle before he hunts his second World title,” said Hearn. “Simion gave Selby a great fight on our Hull show a few years back and is an all action fighter that will bring the heat on April 29.

“Because of both fighters’ rankings, we are looking to apply to the WBA or the IBF to make this fight an official eliminator for the World title and if victorious I expect Scott’s next fight to be for a Featherweight World crown.”

Quigg’s clash with Simion is the first undercard fight confirmed for the sold-out blockbuster battle between IBF king Joshua and former lineal World ruler Klitschko, with the WBA strap also up for grabs.

Olympians Lawrence Okolie, Joe Cordina and Josh Kelly have been added the undercard for the Heavyweight blockbuster between Anthony Joshua MBE and Wladimir Klitschko on April 29 at Wembley Stadium Connected by EE, live on Sky Sports Box Office.

The trio represented Team GB in Rio last summer before turning to the paid ranks, with Okolie the first to make his debut and in spectacular fashion in Manchester earlier this month.

Kelly will make his pro bow next weekend in Glasgow on the undercard of Ricky Burns’ World Super-Lightweight title unification battle with Julius Indongo, while Welshman Cordina steps through the ropes for the first time for money a week later in Liverpool where Martin Murray and Gabriel Rosado top the bill in a tasty Middleweight battle.

One of the fighters will follow in Joshua’s footsteps and open the show, just like the London 2012 gold medal hero did in 2014 before Carl Froch knocked out George Groves.

Promoter Eddie Hearn revealed that the trio will draw lots ahead of the event, with the man that picks number one out grabbing the first spot on the bill while numbers two and three will be TV floats.

“I’m delighted to add these outstanding young fighters to a historic night of boxing at Wembley on April 29,” said promoter Eddie Hearn. “In terms of platform and experience, there is no better stage for their career. It was nearly three years ago that Anthony Joshua kicked the night off at Wembley Stadium for Froch v Groves II and I believe all three of these fighters have the ability to headline there in years to come. We will draw numbers on fight week with the number one spot kicking off the night and the other two sitting tight for the knock on the changing room door as the huge 90,000 crowd begins to build.”

Okolie, Cordina and Kelly are the latest fighters to be added to the Joshua Klitschko show after the announcement that former World Super-Bantamweight king Scott Quigg continues his quest to become a two-weight champion by facing Viorel Simion at Featherweight, with more fights to be announced shortly.