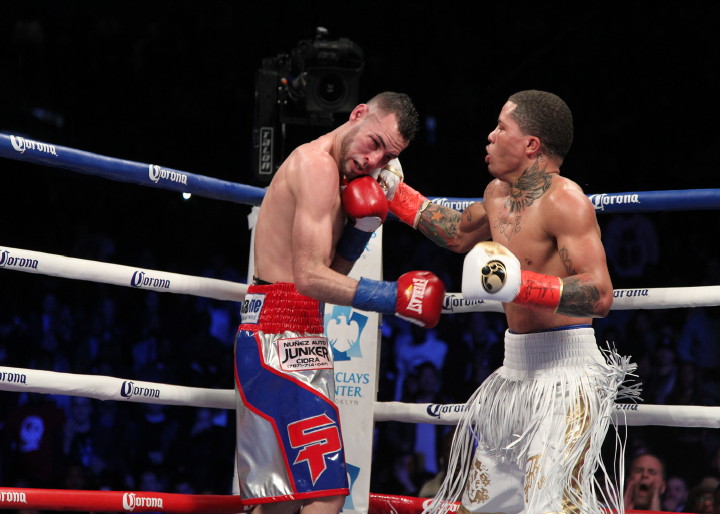 Davis, 22, knocked Pedraza down with a right hand to the head in the 7th. Pedraza made it back to his feet on weak legs, but referee Rocky Gonzalez halted the fight anyway. Pedraza was too hurt to be allowed to continue.

The official time of the stoppage was at 2:36 of the 7th.

Pedraza was getting nailed with really sharp punches from Davis in the 1st and 2nd round. Pedraza was walking forward using the shoulder roll and not throwing punches the way that he needed to in those rounds. Davis looked very, very good in the first two rounds. His hand speed, power and boxing pedigree looked out of this world. It was hard to believe that Davis was the challenger and not the champion, because he looked so much better than Pedraza in those first couple of rounds.

David continued to nail Pedraza with beautiful combinations in the 3rd round. Pedraza was too slow and not throwing punches the way he needed to.

Davis did a good job of using his hand speed to pot shot his way to dominating the first four rounds of the fight. Pedraza took the 5th round by throwing a lot of punches that kept Davis covering up. Davis did not look confident at all in that round. He looked like he was tiring. It didn’t look like an act on Davis’ part. He looked overwhelmed by the more experienced fighter.

“He caught me with a lot of good shots,” said Davis after the fight. “I took it. I’m a real dog. I felt like he was tiring. I think I hurt him with a body shot.”

Pedraza stopped throwing punches in the 6th round, and he got worked over by Davis. Pedraza wasn’t using his boxing skills or his long reach in that round. He was standing really close to Davis and covering up. It was the perfect style for 5’6” Davis, because he has short arms, and he’s good at teeing off on fighters that cover up and stand directly in front of him the way Pedraza was doing. It surprising though that an experienced fighter like Pedraza would make such a poor tactical error to cover up and let his opponent tee off on him the ay that Davis was doing. 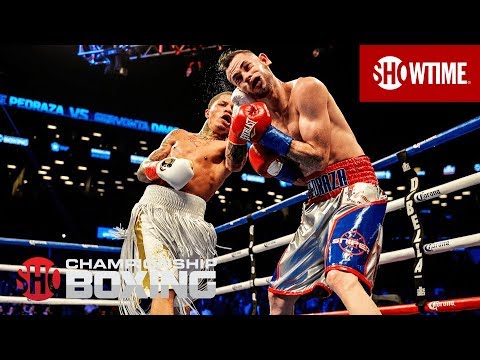 After the fight, Davis’ promoter Floyd Mayweather Jr. said, “Is this the future of boxing, absolutely.”

Davis looked good, but not in the same league as WBO champion Vasyl Lomschenko, Nicholas Walters, or Jason Sosa. Those guys might be a little better. Lomachenko appears to be a lot better.

“I came down from 155 pounds,” said Pedraza. “Maybe that wasn’t the right decision to do this.”

Pedraza made the mistake of choosing to fight Davis in a voluntary defense. Pedraza didn’t have to take the fight, but he went for it anyway. In hindsight, it was a mistake on Pedraza’s part in taking the fight. This will be a learning experience for Pedraza. If he’s going to come back from this defeat, he’s going to need to not stand in front of his opponents and cover up the way he did. He’s a much better fighter when he’s either on the outside jabbing or throwing combinations, which is what he was doing in the 5th round.

It was Pedraza’s mistake to stop throwing punches in the 6th and 7th rounds, and just covering up. The way that Pedraza fought in those two rounds, he would have lost to a lot of fighters in the sport. He’s got better boxing skills than that.

It’ll be interesting to see where Davis goes for his next fight. If Pedraza’s management were smart, they would have made sure that there was a rematch clause in the contract. This was a voluntary defense, so Pedraza should have had a rematch clause in the contract. If not, then that’s the mistake of Pedraza. If he fights Davis again, then he’s going to need to make a lot of improvements in his game.

There’s not much in terms of contenders in the IBF’s top 15 rankings. Davis could potentially hold onto his IBF title for a while if all he does is focus on defending his title against contenders rather than unification fights. Let’s be honest though. If Gevonta Davis fights Lomchaneko, he’ll lose to him. Lomachenko is just too good right now. However, it’s not likely that Davis’ promoter Mayweather will bother matching him against the Top Rank promoted Lomachenko. I don’t see that as a fight that Mayweather would want to make.

Davis will likely just milk his IBF title against the contenders in the IBF’s rankings rather than taking a risky unification fight against an experienced fighter like Lomachenko. Unfortunately for Davis, the super featherweight division isn’t a big money division. 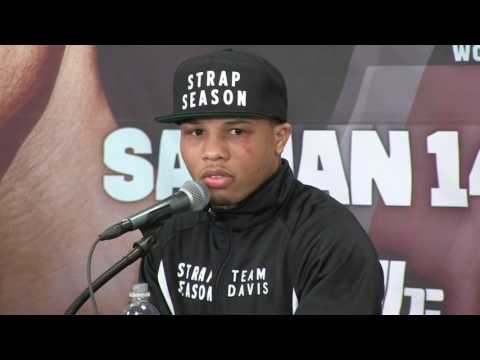 Mayweather said that Davis is the future of boxing, but the reality is the 130lb division isn’t one that catches the attention of the boxing world. I can’t see that changing for Davis no matter how flashy he is. Davis doesn’t have the opposition in the division to increase his star power.

The only really popular fighters in the super featherweight division are Lomachenko, Orlando Salido and Francisco Vargas. I don’t think it would be a good for Mayweather to throw Davis in with Orlando Salido. I think Davis isn’t ready for that kind of a puncher and that kind of nonstop pressure that Salido would put on him.

We saw how Pedraza had Davis looking bad when he pressured him in the 5th. If that was Salido in the ring with Davis, I think he would have been chopped down in no time. Davis is a champion now, but he’s more of a paper champion. He’s clearly not the best in my opinion. If Mayweather makes the mistake of having Davis fight someone too good, he’ll lose and likely get knocked out.