Gervonta Davis: The Next Mayweather? 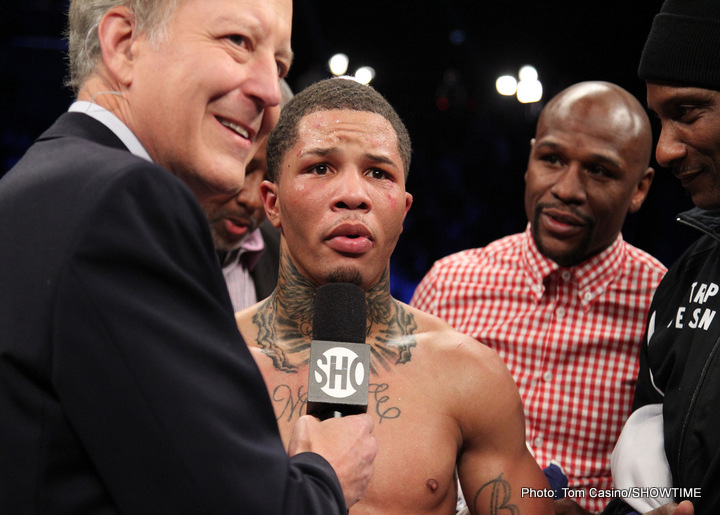 By Adam Ryan – A new boxing sensation has arrived on the scene.

Gervonta Davis is ready to take the next step and become the future of the sport. It began with him capturing the IBF super-featherweight title with a dominant seventh round knockout of champion Juan Pedraza at the Barclay Center in Brooklyn.

The oddmakers made Davis a prohibitive underdog in the fight because of his inexperience inside the ring. The youngster showed the poise needed to become a champion, and convinced the skeptics that he’s here to stay. The reality of him winning a title in his 17th pro fight at the ripe old age of 22 years old is quite astounding.

The Relationship Between Mayweather and Davis

Davis’ promoter and mentor Floyd Mayweather cheered from ringside on this fateful night. He first took an interest in Davis while still being an active fighter. Mayweather invited him to train with him during the preparation for one of his title defenses in 2015.

The Money Team feels the future of boxing lies in the hands of Davis, and they’re ready to support him on his road to stardom. Mayweather has provided guidance on the business side of boxing, and who can argue with his success. He spoke his pupil only once during the training for the Pedraza bout, and advised him to remember his goal of becoming a champion all throughout the process.

The Road to Victory

Dedication to a sport is a talent all by itself. Often, this skill is mastered by only the elites in their profession. In the past, Davis has been accused of not being fully committed to the goal. If he was going to become a world champion, then Davis must make the sacrifices necessary to achieve fame.

One of the concerns heading into the Pedraza bout was if Davis could make the 130lbs. weight limit. The training staff felt changing his diet would give him more energy during the workout sessions. The preparation was difficult at times, but the path to greatness was a very satisfying experience. Trainer Calvin Ford praised the entire support staff for their time and effort because their contributions helped immensely in capturing the title.

The faster, stronger challenger initiated the action right from the start of the bout. Pedraza pushed the tempo in the second round, but Davis remained composed and took control of the fight near the end of the round. From this point on, Pedraza struggled to generate any offense as Davis neutralized him with a combination of uppercuts and body shots.

At the beginning of the seventh round, Davis began a vicious attack on his opponent that culminated with a right hook that sent Pedraza to the mat. The champ tried to get to his feet, but referee Ricky Gonzalez decided the battered fighter couldn’t continue and stopped the fight at the 2:36 mark of the round.

The key to success in boxing is longevity, and Davis has the body-type to become champ at a number of different weight classes before he retires. It’s early in his career, but few have seen a fighter with the ability of Davis in a long time. This young boxer has crushing punching power, tremendous hand speed and a polish defensive style, which makes him an ideal candidate to shine brightly in this sport for many years to come.

Kell Brook still not giving up on Khan fight »