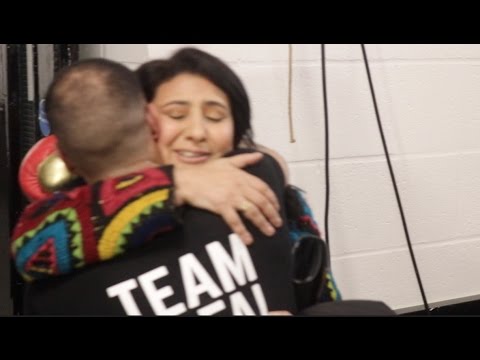 Boxing News 24 scored the fight 7 rounds to 5 in favor of Yahfai. The challenger got credit for a knockdown in the 10th round in which Yafai pushed Concepcion to the canvas with a left hand. Referee Howard Foster blew the call by scoring it a knockdown when it reality it was a push.

Concepcion lost his WBA title on the scales last Friday when he came in 2 1/2 pounds over the super flyweight limit. The title was then stripped from him. It was still on the line for the 27-year-old Yafai to win though.

Yafai, a 2012 Olympian from the UK, fought a lot better in the first six rounds. He was landing shots and standing his ground against the 31-year-old Concepcion. However, in the second half of the fight, Yafai spent most of the time holding, running and just spoiling. It was very, very boring to watch. Yafai was unwilling to stand his ground for any length of time. It was all mugging by Yafai with him taking it to the inside, holding and trying to land short punches while in the clinch. When the two fighters were separated, Yafai would get on his bike and run around the ring. It was so awful to look at.

It’s nice that Yafai was able to win a world title, but he won it off arguably the weakest of the champions in the super flyweight division. I wouldn’t give Yafai any chance at all in beating the other champions at 115 in Roman Gonzalez, Naoya Inoue and Jerwin Acajas. I also think former WBC champion Carlos Cuadras would beat Yafai without any problems. Yafai’s promoter Eddie Hearn needs to keep him away from those guys, because he wouldn’t be able to clinch, smother and run his way to a victory against them. They have too much talent to be foiled by inside spoiling and running. I don’t know where Yafai learned how to fight the way he’s doing now, but it’s sad to see, because he used to actually fight when he was in the amateur ranks. If Hearn wants to turn Yafai into a star, then he’s going to need to try and get him to stop holding and running. The guy needs to stand his ground like the top guys in the division like Roman Gonzalez, Cuadras and Inoue.