What next for Luis Ortiz? 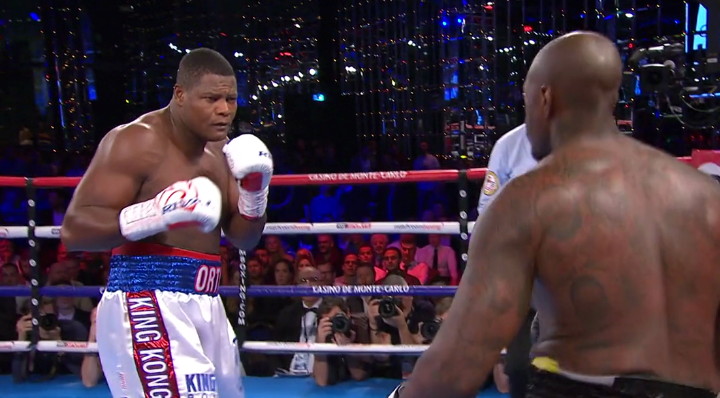 By Dominic Chapman: After Saturday nights one sided but very lackluster victory over Malik Scott, there will be a lot of questions on boxing fans minds today. Main one’s being is Luis Ortiz really as good as he has been portrayed? And How does he fit into the heavyweight picture now?

Before last nights fight in Monte Carlo, Luis Ortiz was one of if not the most feared heavyweights in the world. No one really wanted a piece of the 6ft 4in Cuban Southpaw. After recently signing with Eddie Hearn’s Matchroom Boxing and Hearn himself admitting he wanted Ortiz to be active, it was up to him to find a suitable match for the dangerous Ortiz. Up stepped 36 year old American Malik Scott (38-2-1, 13KOs) who talked his way into the fight.

Scott, once being compared to a ‘Rolls Royce’ by Dereck Chisora due to his slick style and movement around the ring. In what was supposed to be a good fight and fair test for Ortiz, not to mention an opportunity for Scott to cause an upset and throw himself into the heavyweight mix, it became apparent very early on that Scott was just there to survive. It was a very frustrating night for Ortiz who failed to cut off the ring well enough at times and land heavy enough shots to get Scott out of there. Despite knocking down Scott three times in the fight it was a very boring affair and a long 12 rounds before Ortiz got a unanimous decision to take his record to 26-0 (22KOs)

Ortiz’s poor performance could well be a blessing in disguise for the Cuban. A lot more fights will surely open up for him now with other fighters seeing weaknesses in his game. Over night he has went from being the most feared heavyweight struggling to get fights, to a heavyweight with a few flaws in his locker and a growing list of future opponents ready to expose them flaws. I can see Ortiz seeing this as a good thing considering he is 37 years of age, time isn’t exactly on his side. Last night could have just been a bad day at the office and now he could be about to have fighters lining up to face him which if he manages to overcome will propel him to a tittle shot in the near future.

Next in the pipeline for Ortiz is a December 10th bout in Manchester, on the Anthony Joshua Vs Eric Molina under card and with no opponent confirmed as of yet, it will be interesting to see who steps forward to try snatch away his unbeaten record. Especially with many strong opponents out the running with fights of their own around the same time or in the not to distant future.

There is no denying Luis Ortiz is still a powerhouse and feared opponent, but after being heavily scrutinized last night it will interesting to see how his career plays out from here and find out how good he really is.