Guerrero opened strong in the first two rounds, scoring at will over the slower Peralta. Guerrero continued to have success in the third stanza as they traded back and forth throughout the round. Peralta started to mount a consistent attack in the fifth round, upping the tempo and using movement to keep the oncoming Guerrero at bay.

The middle rounds featured excellent exchanges with Guerrero using a blistering uppercut to score points against Peralta. However, Peralta turned the tables in the ninth, seemingly scoring a knockdown which wasn’t called and landing right hands at will on Guerrero.

Peralta continued to land and score in the final three rounds earning the split decision.

Stated the victorious Peralta, “I was a cab driver, driving cabs in Argentina. I was offered a chance to fight in the U.S. and came away victorious.

“I came to fight and I knew I would win. He is a very good fighter but I hit him with the
harder shots. 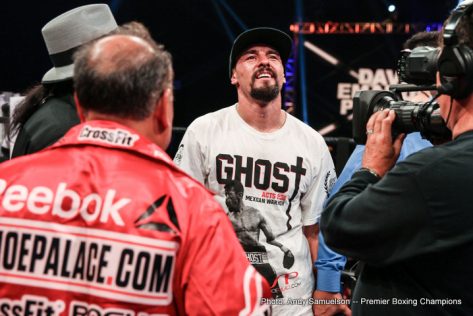 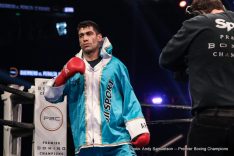 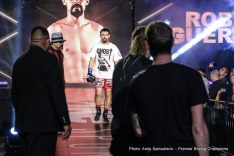 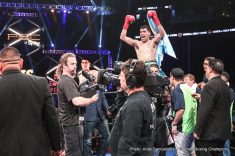 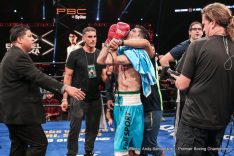 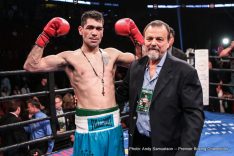 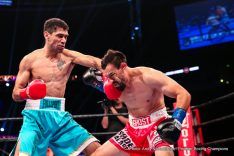 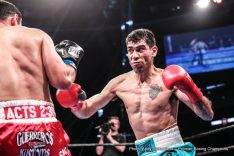 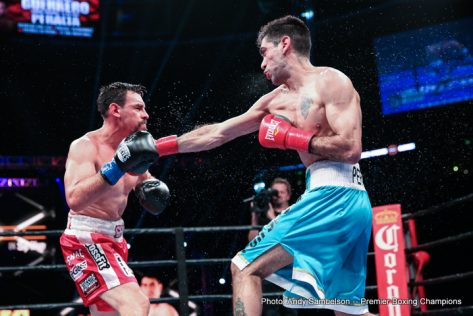 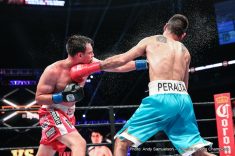 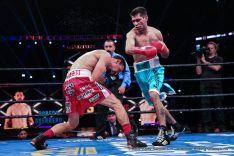 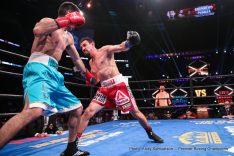 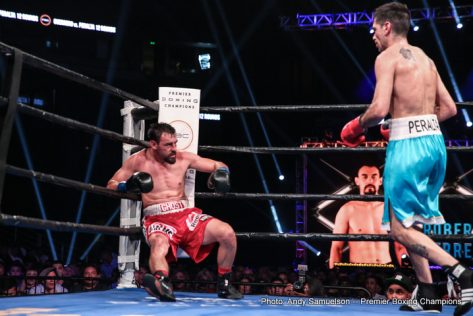 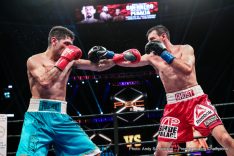 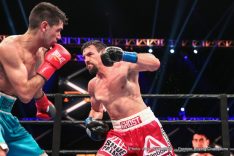 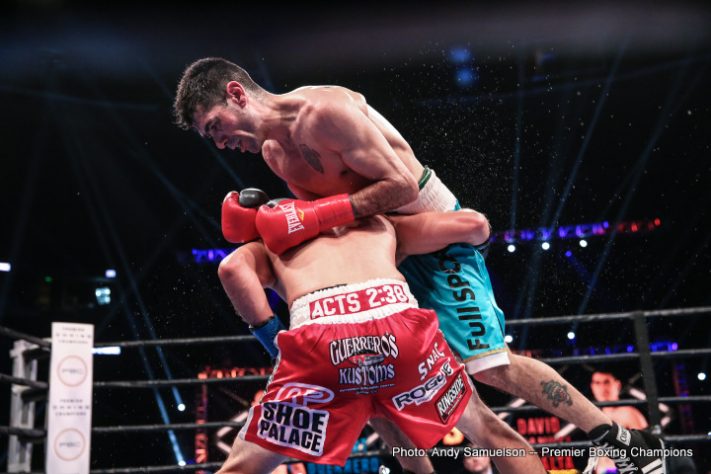 “Yes, I want to fight bigger names now, no way I’m going to retire now. I’ll be ready again to fight soon, this was no joke and I can beat a lot of great fighters.”

Said a disappointed Guerrero, “I thought I clearly won the fight. For the judge to say I lost eight rounds sounds crazy to me. Peralta was very awkward but I felt I won. I won the rounds when I boxed. This is very disappointing but I’ll be back, that you can count on.”

In a 10-round battle between two Mexican warriors, Freddy Hernandez, (34-8, 22 KOs), won a unanimous decision over Alfredo “El Perro” Angulo, (24-6, 20 KOs). Scores were
98-92 and 97-93 twice. From the opening bell, it was bombs away with both fighters unloading thunderous power shots. Hernandez seemed to have more on his punches as Angulo slowed over the first few rounds.

Although continuing with heavy pressure and moving forward in his aggressive style, Angulo was not able to score consistently as Hernandez kept his distance and used a solid jab to control the action.

Said the happy Hernandez following the fight, “I felt great, I know I clearly won the fight. This weight is too big for me, I’m not a super middleweight or a middleweight. He still punches hard but I hit him harder tonight.

“I have a great deal of respect for Alfredo, tonight the people saw two real Mexican warriors.”

Fighting on the inside over the first two rounds featuring excellent two-way action, both Gausha and Martinez landed, hard accurate shots.

Gausha continued to score points in the first half of the fight with stunning and accurate body shots to slow down the aggressive Martinez. Gausha’s success continued throughout the fight controlling the action and distance with his jab with Martinez scoring occasionally with powerful right hands shots. Scores at the end of the of the entertaining bout were 97-93 twice for Gausha and 95-95.

Said the happy winner Gausha, “He was aggressive but I was able to solve him. This was a real test and just what I needed, I need the competition to be the best and become a world champion.”

“I wasn’t surprised by the one scorecard for a draw, it was a close fight but I definitely won.” 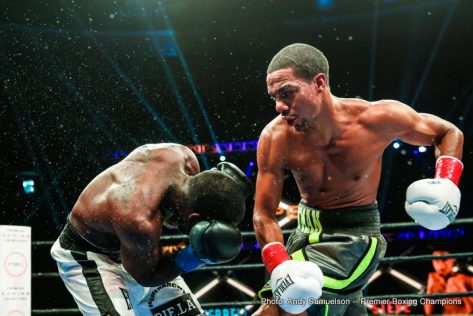 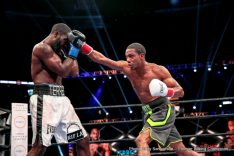 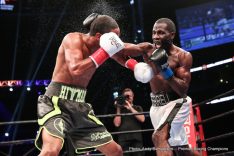 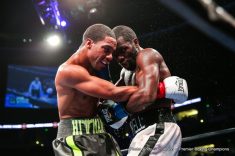 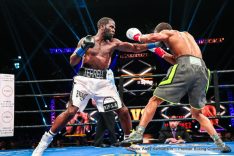 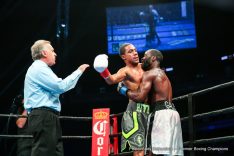 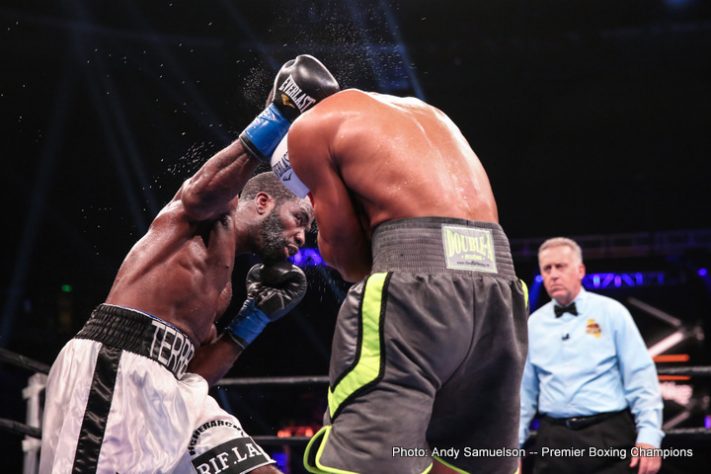