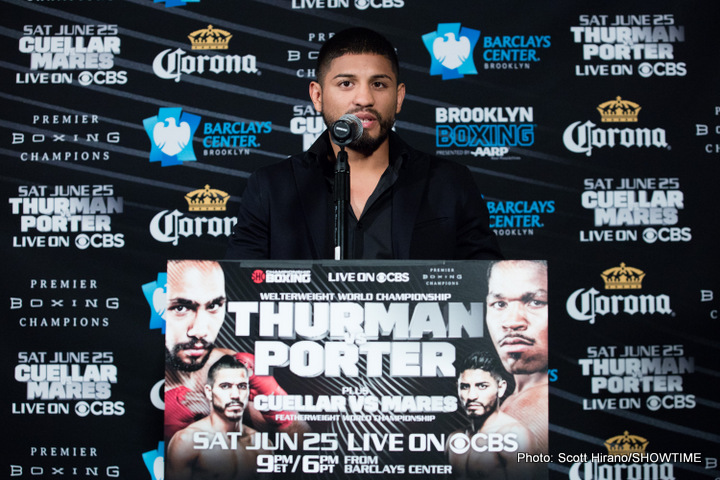 Abner Mares, boxing’s former three-division World Champion and member of the 2014 Athens Mexican Olympic team, will be a boxing analyst for Telemundo Deportes in their broadcast of the Rio 2016 Olympic Games starting Saturday, August 6. Mares will be joining René Giraldo in commentating the Olympic boxing matches from the Telemundo Deportes studios for Telemundo Network and NBC UNIVERSO in Miami. Boxing coverage begins Saturday, August 6 at 11 a.m. ET/10 a.m. CT. Full schedule is at www.telemundodeportes.com

“This is a huge opportunity not just for me, but for boxing,” said Mares. “This is where I started. As a former Mexican Olympian, to be able to watch all these young men and women coming up and explain it to the public, it’s huge. This is the future of boxing and specifically the future of Latin American and US boxing. I look forward to being there, being part of the broadcast team and give my point of view of what these athletes are and can do.“

While in Miami Mares will be training for his rescheduled fight against Jesus Cuellar. “I look forward to meeting Jesus Cuellar in the ring this fall. I’m healthy, in great shape and know that this fight is one that fans want. I was disappointed and did not agree with the New York boxing commissions decision to not allow the fight to happen in New York in June. I continue to be cleared and deemed ready to fight by my medical team and want to assure the fans that I’m 100%, the same, healthy committed warrior that they know.”