Here is what the fighters had to say following their fights:

“I didn’t want to get into a slugfest with him because I knew I had to get those points back (after getting dropped in the first round). I knew I had to make him pay for those misses. I was able to get points off that in the second half of the fight.

“He was throwing some wild shots. I just had to adjust to that. I felt like my defense was good on the inside.

“His shots were coming wide, and I was catching those from the inside. The second half of the fight I definitely came on hard and was putting on pressure. We waited so long that I think it might have had a little effect on my energy.

“I thought I out boxed him tonight and deserved the decision. I believe that it was close, so I have no problem with the judges ruling it a split decision, but I won.

“I’d definitely fight him again. I have to be able to beat guys like him, and in better fashion, if I want to be a champion.”

“Look at me and look at Jamal James. Look at my face and tell me who won. When they announced the decision everyone booed.

“I don’t know what’s going on. Maybe it’s because I’m from Africa. I don’t know.

“I want to fight again as soon as I can. I’ll fight whoever. I don’t care who it is. I’ve been asking for a fight for nine months. I stay in the gym. I’ll go in the gym tomorrow. Boxing is my life.

“I dropped this kid and I hurt him. I beat him up. I’ll rematch him any time, or fight anyone else. It doesn’t matter to me.” 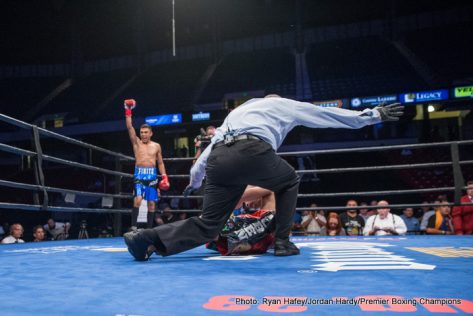 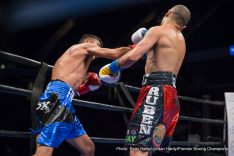 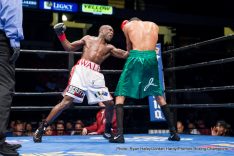 “It was the first time that I’ve been knocked out in my 25 years of boxing.

“He just caught me. I think it was a counter right hand.

“I know I threw a punch and he just caught me. I can’t believe that happened.”

“He’s not a technically sound boxer, so I knew if I just stuck with technique and boxed him that I would catch him.

“I wanted to land the right hand, but I wanted to be careful because he has a lot of power.

“I wasn’t really looking to land that particular punch, but I did, and I ended it.”