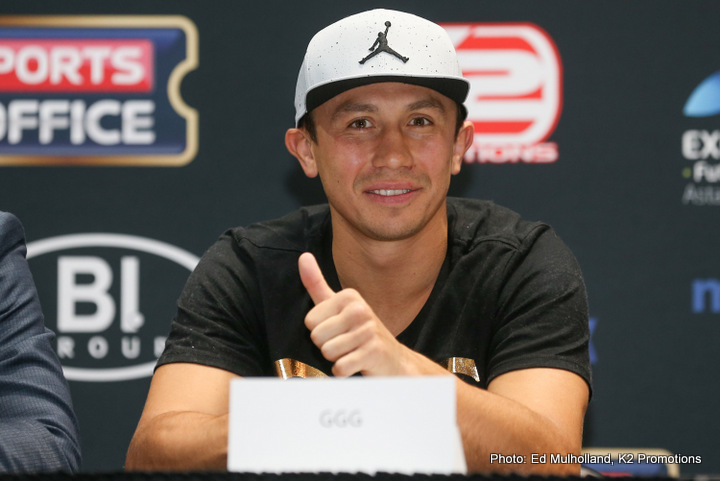 Guerrero thinks Brook should have at least fought a couple of tune-up fights at 160 beore taking on Golovkin, who he rates as the best fighter in the middleweight division today. Guerrero thinks that the 30-year-old Brook is taking a dangerous move by jumping straight into the middleweight division against Golovkin rather than easing his way in by facing a couple of guys to get acclimated to the weight. Guerrero sees this fight as one that could wind up with Brook getting hurt.

“It’s crazy, seeing him go up,” said Guerrero to fighthype.com about Brook fighting Golovkin at middleweight. “The one thing I see in that is it’s dangerous to go in a weight class without trying it out, and fighting it out against bigger guys. He’s jumping right in head first, in shallow waters. He’s going to run into a brick. [He’s facing] a stronger guy, heavier, especially if you’re not true to the weight class. The next day, you’re not going to be as big as the guy. Look, when I fought [Keith] Thurman, he was almost 20 pounds bigger than me. Yeah, you can fill it. I think he [Brook] should have taken a tune-up fight for two, and got in there with Triple G after. He’s got a lot of balls to go out there and take on one of the more dangerous fighters in boxing,” said Guerrero. 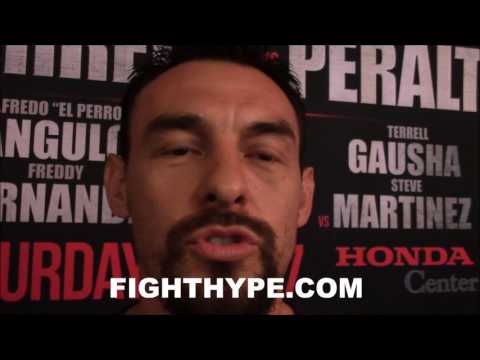 I totally agree with you, Mr. Guerrero. Brook is has really stepped in it by choosing to fight Golovkin. The only question now is how badly will Brook lose the fight? Will he be able to run and hold for 12 rounds to avoid getting knocked out, or does he choose to slug and get stopped straightaway? If Brook wants to try and win the fight, then he’ll need to fight Golovkin because he’s not going to be able to spoil his way to a victory like he did against Shawn Porter in 2014. If you’ve seen that fight, you’ll remember that Brook clinched over 10 times per round to keep Porter from throwing punches. The referee just let Brook hold without stepping in to give warnings and take points off.

Porter was too inexperienced at that point in his career to know how to deal with a nonstop clincher like Brook. Somehow, the judges gave Brook the victory despite all the holding he did. I had Porter winning the fight by an 8 rounds to 4 score. I couldn’t give it to Brook because he was simply holding too much and spoiling in every round.

If Brook decides to go back to his old play book that he used for the Porter fight to try the same thing on Triple Go on September 10, it’s going to make the fight INCREDIBLY ugly to watch. However, it’s not going to work for Brook, because unlike Porter, Golovkin knows how to defeat nonstop holding tactics. We saw Golovkin easily deal with the excessive holding done by Martin Murray last year. Golovkin was momentarily slowed down by Murray’s excessive clinching for the first two rounds, but then GGG adjusted in the 3rd and was able to prevent Murray from holding the rest of the way. When Murray would move forward to hold Golovkin the way that Brook likes to do, Golovkin would take a step backwards to avoid the clinch while at the same time reaching forward to nail Murray in the head.

Murray continued to try and hold in subsequent rounds, but he eventually learned that holding wasn’t going to work. Murray then switched to his Plan-B, which was running. He ran for the rest of the fight until getting stopped in the 11th round. With all the talking that Brook has been doing about the Golovkin fight, I hope he doesn’t choose to run in this fight. It would look bad and I think it would hurt his popularity. Besides that, it won’t work because Golovkin is one of the best in boxing at cutting off the ring against runners.

Brook’s promoter Eddie Hearn offered the Golovkin fight to him after the negotiations between Golovkin and Hearn’s fighter Chris Eubank Jr. failed to produce a fight. Hearn didn’t want to lose out on the Golovkin fight opportunity, so he offered the fight to Brook, who readily accepted. Brook could have rejected the fight, but he instead agreed to it. The money that Brook can make for the fight could be as high as $6.5 million. That’s obviously too good to turn down.

Guerrero previously won world titles at featherweight and super featherweight. He moved up in weight to the welterweight division in 2012.

“I give Kell a lot of credit for taking the fight. Personally, I think Golovkin will be too big and too strong for him and more experienced at the weight,” said Dillian Whyte to IFL TV about the Brook vs. Golovkin fight. “It’s like when Amir Khan fought Canelo. It takes massive courage to do that. You’re stepping up two weights, fighting possibly the best fighter in the world at the moment; pound-for-pound one of the hardest punchers on the planet. I think Chris [Eubank Jr] would have caused Golovkin a lot of problems early with his speed, his charisma, and his mindset. Who knows what could have happened. Kell is an excellent fighter. I just think he’ll be a little too small. I hear he’s walking around quite big. But walking around big and fighting is two different things. I’m really disappointed that fight [Golovkin vs. Eubank Jr.] didn’t happen. I think Chris would have caused Golovkin a lot of problems.

Heck, even Dillian Whyte realizes what Brook is up against in moving up two weight classes to fight Golovkin. However, I don’t agree with Whyte in what he says about Chris Eubank Jr. giving Golovkin problems. Nah, I think Eubank Jr. would get beaten by GGG just as easily as Brook will. Eubank Jr. was stunned early by Gary O’Sullivan last December in one of the few punches that he was hit with in that fight. If O’Sullivan can hurt Eubank Jr, then Golovkin would have no problem knocking Eubank Jr. out.

Brook vs. Golovkin = David vs. Goliath? »