Brook vs. Vargas will get made this week, says Hearn 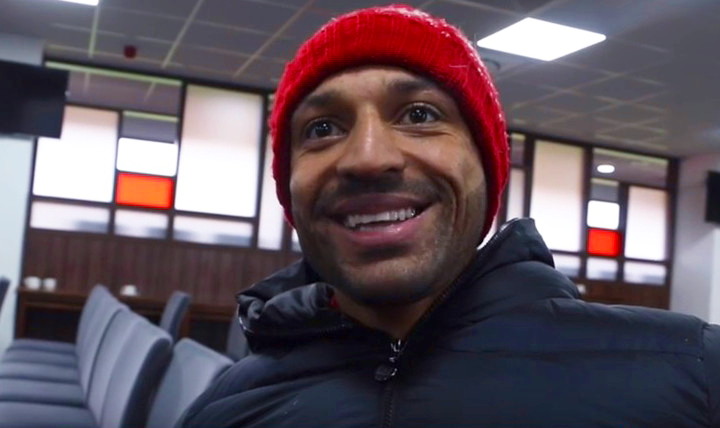 By Patrick McHugh: IBF welterweight champion Kell Brook (36-0, 25 KOs) and WBO champion Jessie Vargas (27-1, 10 KOs) could be facing each other real soon, according to Brook’s promoter Eddie Hearn of Matchroom Sport. Hearn says they made a large offer of $2 million to Vargas for the fight, which he says is more than what Brook will be making for the fight.

Hearn and Brook want the fight badly enough for them to take the smaller money despite him being the home fighter when the two champions face each other in Sheffield, UK. They want Vargas’ WBO 147lb title because they believe this will make Brook the dominant fighter in the welterweight division. From there, they believe they’ll get fights against the other top champions in Keith “One Time” Thurman and Danny Garcia. Brook also wants to fight former two division world champion Tim Bradley.

“Vargas wants an absolute fortune to come to the UK to fight Kell Brook,” said Hearn to IFL TV. “I don’t blame him. He’s going to fight the No.1 welterweight in the world, and to tell you the truth, no one wants to fight. In order to put the money up for Vargas, Kell has to take a smaller end. In fact, probably less than what he should be making for this fight. But everything has got to be right. This is a guy that has built himself into a world champion. You’ve got to get well paid. But he’s taking small money for this fight because he wants the fight. He wants to be the unified champion and he believes he’ll win. We are now in the position where we have a number and a package that we are happy to progress with. It’s over two million dollars. Vargas’ last purse against Tim Bradley was six hundred thousand dollars. He’s going to earn three times as much to fight Kell Brook, much more than Kell Brook will make in the fight. He has the offer. We need to make the fight happen. Now he has a deal in place to earn a huge amount of money, and I think he’ll take the fight. Kell Brook is the No.1 welterweight in the world. If you think I’m talking [expletive], go and look at the Ring Magazine ratings. They’re supposed to be the bible of boxing, but no one wants to fight him [Brook] because he’s so good. Why do you think we’ve got to fight Vargas so much money,” said Hearn.

If Brook wants the WBO title enough, then it makes sense that Vargas is given a lot of money for this fight. Vargas, 27, isn’t a big puncher and he’s taking a huge risk in coming to the UK to fight the home fighter Brook. It makes sense for Vargas to get the bigger payday because he’s the one taking the larger risk of the two.

What’s unknown is whether Brook will become the dominant fighter in the welterweight division if he beats Vargas. Winning the WBO title off of Vargas might not make Brook a big enough name for Brook to become the top guy in the division, because he’s fighting one some boxing fans feel is the weakest of the welterweight champions. If Brook were to fight Keith Thurman and Danny Garcia and beat them both, then he would be seen as the dominant guy in the division. Beating Vargas probably won’t give Brook a significant boost in popularity outside of the UK. It might make him more popular in England, but probably not elsewhere.

When asked what Plan-B option there is for Brook if he doesn’t fight Vargas, Hearn said, “We have plenty of other options, fighters like [Andre] Berto, Lamont Peterson, and of course, we want the [Keith] Thurman fight. I spoke to [Al] Haymon’s guy and said, ‘Look, we’ll take the Thurman fight.’ Tim Bradley’s not going to fight until the end of the year. I quite like the Berto and Peterson fights, but it’s not Jessie Vargas. This is a fight between two spunky kids [Brook vs. Vargas] who are world champions, but everything has to be right. I think Vargas has a wonderful offer, and it’s a unification fight, and he’s not going to make anything like this [against another fighter]. Kell Brook needs the fight as well. He wants to sign the fight, but he’s not going to sign for a couple hundred grand. Fans have to understand that Brook is going to take the small end here to get the fight for his career. Vargas is going to earn a lot of money, but he deserves it. I think the fight will get made, and I think it will get made this week. Brook-Vargas is the right fight for both. You can pick up two belts, and you can be in a real dominant position in the 147lb division. It’s just so frustrating to Kell that you have to pay these guys so much money. It’s not as if the Americans are offering Kell a lot of money, because they don’t want to fight him. Danny Garcia doesn’t want to fight Kell Brook. We offered him millions. I said, ‘We’ll come to you.’ [Garcia said], ‘Uh, no.’ We’ll fight Thurman, come make us an offer. We’ll come to America if you want us to. But if Kell picks up the WBO and IBF, they can’t ignore it. I want to see Kell win every belt in the division. But he’s in the position where he’ll probably have to take less money than he’d like. But if you believe in yourself and are up for a gamble, then this is the right fight. There really isn’t any money for me in this fight. But if I do the Golovkin fight, there will be. So if Kell wants a guarantee and I’m at risk, the Golovkin fight will ease the pain. I believe Kell Brook will win. I want him to beat them. I want him to beat Garcia. I want him to beat Amir Khan,” said Hearn.