Provodnikov vs. Molina this Saturday in Verona, New York 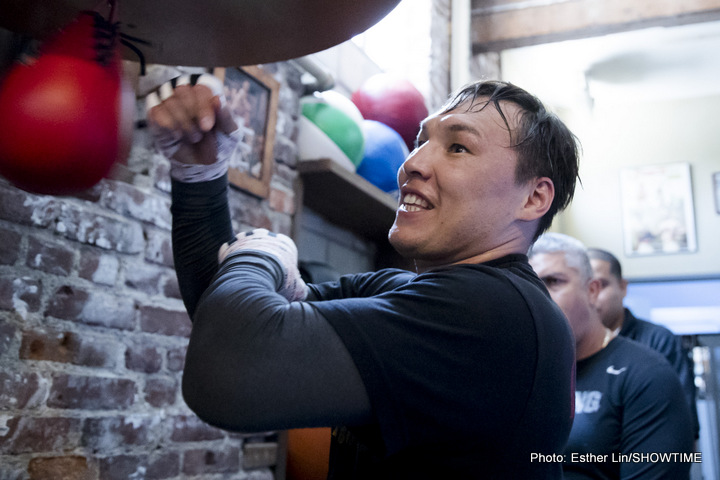 By Dan Ambrose: #2 WBO, #3 WBA light welterweight champion Ruslan Provodnikov (25-4, 18 KOs) expects his 12 round fight against #8 WBO John Molina Jr. (28-6, 23 KOs) to be a war this Saturday night when the two of them go at it on Showtime Boxing from the Turning Stone Resort and Casino in Verona, New York.

There won’t be a world title belt on the line for this contest, and it’s highly doubtful that either of these guys will be a winning a world title in the future. These are simple sluggers that are out-boxed by the better fighters at 140.

Provodnikov, 32, had his 15 minutes of fame in winning the WBO World light welterweight title against former paper champion Mike Alvarado in October 2013 in stopping him in the 10th round. However, Provodnikov then lost his WBO title in his first defense against Chris Algieri in June 2014 in losing a 12 round split decision. Since then, Provodnikov’s only two wins have come against an old past his best 40-year-old Jose Luis Castillo in 2014 and little known Jesus Alvarez Rodriguez last November.

Provodnikov hasn’t been beating good competition lately, and you can argue that he still won’t have beaten any good competition after Saturday night if he defeats Molina. There are better contenders in the division than Molina. This is a more of a fight that is four years too late.

Showtime should have tried to make the Provodnikov-Molina fight years ago rather than waiting until after Molina and Provodnikov’s careers have tanked to put the fight together. It’s like putting together a football team between Super Bowl contestants from 2012, but after the teams have become 8-8 level teams in 2016. It’s a nice idea if you could go back to 2012 in a time capsule, but it’s a rotten idea for 2016 because neither guy has been doing well with their careers for a long time.

“This actually motivates me. I don’t have a problem with getting into a fight like this. This is what I’m looking for. This is the type of fight I expect,” said Provodnikov. “For me to say right now that I’m going to ‘die in the ring’, they’re words right now. The fight will show, then the fans will have an understanding in their mind of was I just saying that or is that really the way it is. The actions show, not the words.”

Provodnikov talking about dying in the ring seems out of place given the opponent that he’s facing. Molina, 33, has lost three out of his last four fights. It just seems ridiculous for Provodnikov to be talking about being willing to die in the ring against a fighter with a 1-3 record in his last four fights. That kind of dramatic talk only works when you’re fighting the best, not the worst or near the worst. If Provodnikov were facing Terence Crawford or Viktor Postol on Saturday, then the bold dying talk would make sense, but not against a limited fighter like Molina. If your a casual boxing fan and you’re not aware that Molina has lost three out of his last four fights, then you might get excited about Provodnikov’s dramatic talk. But the reality is he’s facing a fighter that is heading towards journeyman status in a real hurry and it just seems out of place Provodnikov talking like he’s going into a life and death type of fight.

Molina is clearly heading for journeyman status. I don’t know why he’s still ranked in the top 15 by the World Boxing Organization because I don’t think he deserves that ranking. The WBO is slow to adjust to what’s been happening in Molina’s career, I guess. Molina has lost recent fights against Adrien Broner, Humberto Soto and Lucas Matthysse. Molina started off looking good in losing to Matthysse, but in his last two defeats against Broner and Soto, he’s looked like a shell of the fighter he’d been against Matthysse.

That’s not good news for fight fans that are tuning into Saturday’s Provodnikov-Molina fight hoping to watch an exciting boxing match. I think there’s likely going to be a lot of angry and disappointed fans when they see how listless Molina is, because he’s looked like a shot fighter ever since then Matthysse fight in my opinion. I think that loss really took a lot out of Molina both mentally and physically. It was a real punishing fight. Molina did win his last fight against little known journeyman Jorge Romero last November in scoring a third round knockout, but that wasn’t a good opponent.

“Words are not so much associated with explaining this because anybody can talk and anybody can say words. I think the fans or the people have to see how my fights have been and the way that I’ve fought those fights,” said Provodnikov. 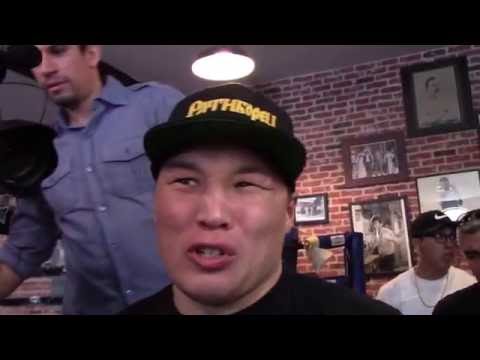 It doesn’t matter what Provodnikov says about his fight against Molina. It’s a mismatch. Provodnikov can talk boldly, but the reality is he’s not fighting a good opponent that has the talent to beat him. We saw what happened when Provodnikov DID fight a good opponent with the talent to beat him, when he lost to Matthysse in 2015 and Algieri in 2014. Provodnikov looked bad in both fights. Now he’s being matched against a fighter with a 1-3 record in his last four fights in Molina. Provodnikov’s bold talking is out of place for the level of the opponents he’s facing.