Khan says Golovkin and Mayweather are options if he beats Canelo 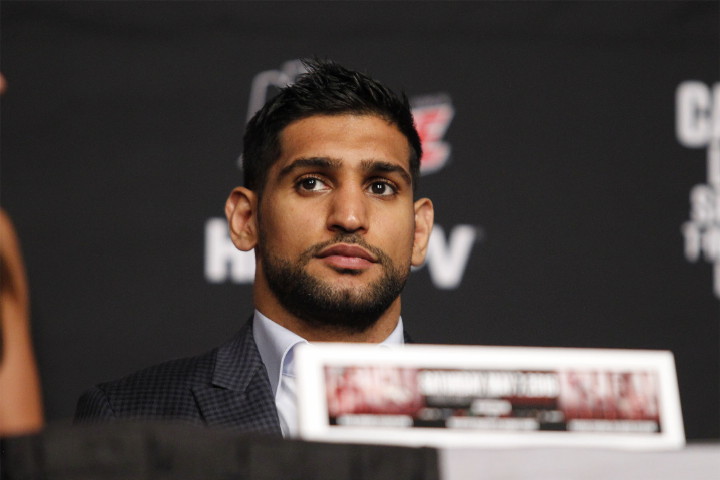 Besides Mayweather, Khan says a fight against IBF/IBO/WBA middleweight champion Gennady “GGG” Golovkin (35-0, 32 KOs) is also an option for him. Khan will sit down with his people and make a decision about whether to take the Golovkin fight. However, Khan says his own health is important to him, so he might not fight Golovkin and instead move back down to welterweight to fight WBC champion Danny Garcia for his title.

A fight against Golovkin might be hard for Khan to turn down because it would give him a big payday and it would earn him a lot of respect in the boxing world, especially with the way Canelo seems so hesitant to take the fight with Golovkin himself. If Khan does what Canelo wouldn’t do, then that would show a lot of courage on Khan’s part.

Khan might be right about Mayweather giving him a fight if he gets past Canelo. However, Khan might need to fight Canelo a second time if he beats him because the Mexican star was wise enough to have a rematch clause inserted into the contract with Khan. Canelo will likely force Khan to fight him a second time whether he wants to or not.

With the kind of money that Khan is making for this Saturday’s fight, said to be $13 million, I’m sure he won’t mind fighting Canelo a second time. Khan thinks Canelo will choose not to fight him a second time if he beats him bad enough. If it’s an embarrassing beat down by Khan, Canelo would be making an insane move in choosing to fight him in an immediate rematch instead of putting the fight off into the future when he’s made improvements in his career.

I’m not sure that Canelo can ever make the improvements needed for him to beat fighters with fast hand speed and good foot movement like Khan and guys like Mayweather possess. Those are the wrong type of fighters for the slow-footed Canelo to be fighting. Canelo is out of the Alfredo Angulo mold of fighter, and guys like that can never beat fighters with fast hands unless they stand in one place all night long.

“‘For him [Canelo] to waive that I will have to give him such a beating that he wouldn’t fancy it again,” said Khan.

I think it’s very possible that Canelo won’t choose to fight Khan a second time if he clowns him in the same way that Mayweather did in 2013. If Canelo gets a good clowning by Khan, his promoters at Golden Boy Promotions will talk some sense to him to move him in another direction against other fighters with no hand speed and limited talent like some of the fighters that Canelo has been fighting recently. 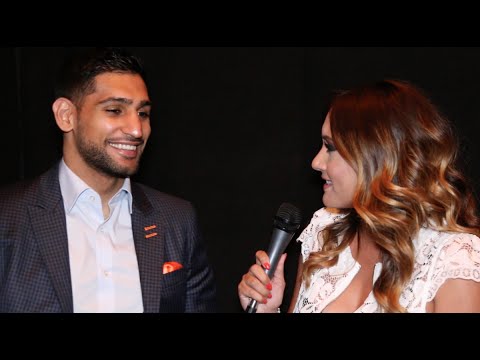 Canelo would have lost his last fight to Miguel Cotto if Cotto had been smart enough to stick to the game plan that his trainer Freddie Roach created for him to box Canelo. Cotto chose to stand and slug with Canelo during a series of important early rounds, and this enabled Canelo to build up an insurmountable lead. When Cotto finally went back to boxing to dominate the later rounds of the fight, it was too late. He had given away too many crucial early rounds by trying to slug with the heavier Canelo.

“It may be that I find this is my best weight. I’ve been dealing comfortably with bigger sparring partners,” said Khan. “Who knows? If I beat Canelo I may find myself sitting down with my team to discuss fighting Gennady Golovkin.”

Khan is right. Middleweight might be his best weight. This is a division where Khan can excel against the limited fighters in this weight class. There’s only a handful of good fighters at middleweight. If Khan moves to 154, he would need to deal with guys like the Charlo brothers, Erislandy Lara and Liam Smith. Khan might have problems with the Charlo brothers and Lara, because they can do a lot of the same things he can with their speed. If nothing else, Khan would make a big payday if he stuck around at middleweight long enough to fight Golovkin in a unification match if Khan can beat Canelo to win the WBC 160lb title.


« Ismael Barroso: I will win