Tyson Fury: Joshua looked slow and ponderous in the ring 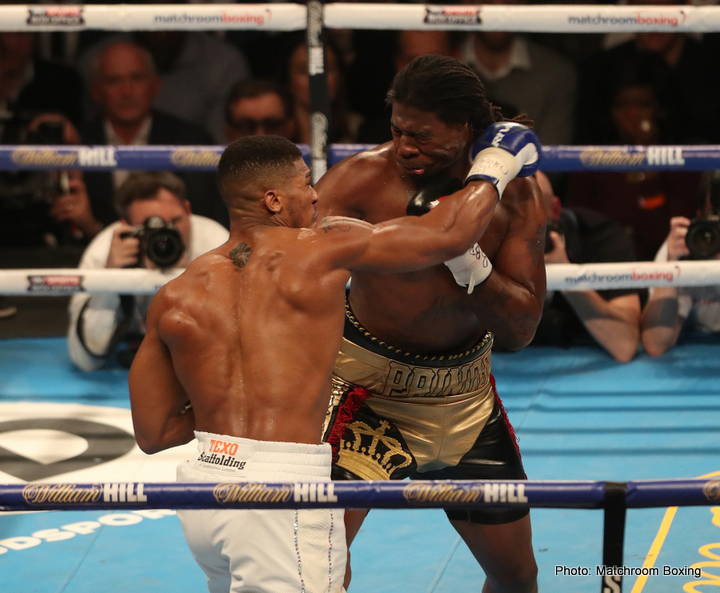 Fury wasn’t impressed with what he saw from the 26-year-old Joshua in his two-knockdown stoppage win over the 6’5’ Martin in the 2nd round of their fight at the O2 Arena in London, UK. What Fury saw of Joshua was a slow bodybuilder looking ponderous as he threw shots at Martin. Fury then called Joshua a lamb. I guess it’s one of those slaughter the lamb things.

“So AJ gets a belt, looked slow ponderous, and still looked like a bodybuilder, let me slay the lamb,” said Fury on his Twitter.

I totally agree with Fury. I saw a barbell guy throwing punches last Saturday night. It reminded me of my days of hitting the old weights. Joshua would have fit in my gym perfectly with his bodybuilding physique. Heck, he would have outdone most of the guys in the gym, and this was a serious body building gym I used to go to until I got smart and started working on my cardio.

As far as I can tell, Joshua had no speed at all. He was slow, and his over-muscled physique had the look of someone that was wrapped tightly with duct tape. His shots were slow, and his physique real tight due all the useless muscles Joshua has packed on since he turned pro in 2013. If you compare the 220lb Joshua of 2012 to the 2016 version we saw last Saturday night, you’d think ‘What in the heck is Joshua doing to himself with all that weight lifting. The man needs to be kept away from the weight gym.’

“Little bro @anthonyfjoshua congrats! From now on I can officially call you CHAMP! Welcome to the world of challenges and enjoy the ride!” said former IBF/IBO/WBA/WBO heavyweight champion Wladimir Klitschko to Joshua on his Twitter.

Oh look, Wladimir is being nice to Joshua. I wonder if Wladimir is hoping Joshua will throw him a bone by giving him a shot at his new shiny IBF belt? If things go wrong for Wladimir in his rematch with Fury on July 9, he’s going to need a helping hand in a big way as far as one of the champions giving him a shot at their titles. What better way to get a title crack then to be nice to Joshua? I think WBC heavyweight champion Deontay Wilder would give Wladimir a chance at his title if he needs a helping hand. I’m not sure if that a would be a good thing for Wladimir though. If Wladimir comes out of the Fury fight half staggering, the last thing he needs is to fight Deontay directly afterwards. I think that would be bad for Wladimir. He might be better off going for one of the lower level EBU type straps at that point in his career.

Former heavyweight champion Lennox Lewis thinks Joshua should steer clear of Fury and David Haye right now. Lewis doesn’t see it as a good time for the 6’6” Joshua to fight either of them. He doesn’t say why, but my guess is he might think that Joshua is too green to be fighting those guys because of the risk of them knocking him clean out. Fury and Haye would throw punches back, and I think there would be a good chance that Joshua would get blasted into oblivion if he fought them. 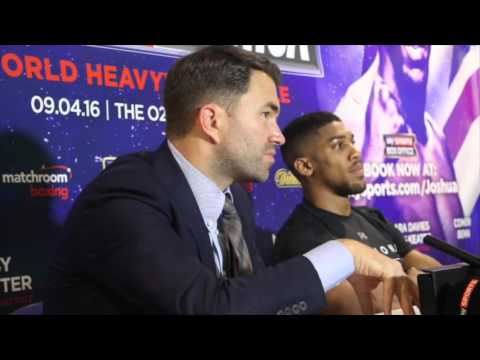 “It’s definitely not time to talk about AJ and Fury or Haye. He’s coming along well, but this fight was just a good opportunity to grab a belt,” said Lewis to Joshua on his Twitter. “I regard Tyson Fury as top of the heap right now. IBF shouldn’t have stripped him and that’s why the opportunity existed. I definitely can’t blame AJ and his team for jumping into the opportunity though. Made sense. Let Anthony Joshua have his moment. It’s great for British boxing and the fans. But also know that he is still a work in progress,” said Lewis.

Nah, I don’t agree with the babying of Joshua. I mean, is he a world champion or not? If he can’t handle the heat, then he needs to get out of the kitchen. If Joshua can’t hang with the big boys, then he needs to vacate his IBF title straightaway before he gets dusted up by one of the other contenders or champions in the division. I could see Deontay doing a number on Joshua now that he has the IBF strap. That would be a logical fight if Joshua’s promoter Eddie Hearn would let the fight happen, which I don’t think he will. Deontay is too dangerous and he’s much faster and more athletic than Joshua.

« Errol Spence vs. Chris Algieri this Saturday on NBC

Hearn wants Joshua to fight on July 9 at Wembley Stadium »