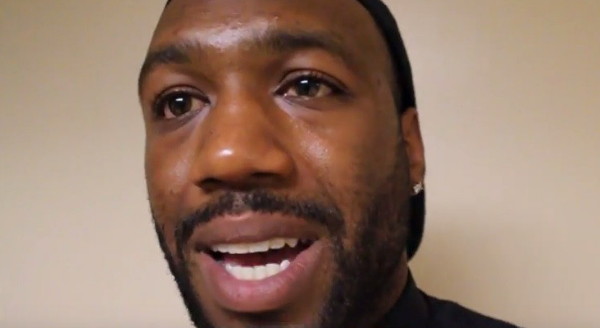 Trout thinks that instead of Canelo fighting Golovkin, he’ll look to face the likes of David Lemieux or Peter “Kid Chocolate” Quillin.

Trout believes that the 29-year-old Khan will beat Canelo, but he’s not sure whether the judges will give the decision to Khan.

Canelo has been the recipient of controversial wins in the past against Erislandy Lara and Trout. Canelo also has a controversial draw from his fight against Jorge Juarez from 2006. Trout obviously remembers those fights and feels that Khan might not be able to get a decision against someone as popular as Canelo if it goes to the score cards.

“He definitely ain’t trying to fight Triple G next. I would think he’d get a middleweight like David Lemieux or Kid Chocolate,” said Trout to Fighthype.com. “I’d fight him [Canelo] at middleweight at 155 pounds. My man Amir, he has the foot speed and the hand speed to pull it off. If he fights like an amateur, just hit and move, hit and move, he could pull it off. Will they give him the decision, that’s another question too. What we think is going to happen is Canelo’s going to walk through his shots and put hands on him. I’m going to put money on Khan. I think he’s got the skills to do it,” said Trout. 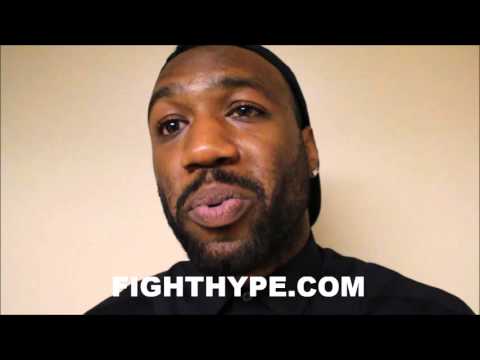 I think the conventional wisdom is that Canelo will dodge the Golovkin fight this year in order to take a softer opponent. If you listened to what Canelo had to say on his Face Off with Khan last Saturday night on Max Kellerman’s special on HBO, Canelo kept stressing how in how he has a lot to lose if he gets beaten. Canelo feels that he would have a great deal to lose in his status in the boxing community if he gets beaten. For that reason, we’re likely going to see Canelo dodge the Golovkin fight in 2016.

“I am hungry for triumph, and until the day I retire, I’ll have it,” said Canelo. “Inside the boxing ring, there’s no easy opponent. You don’t know what’s going to happen. Any rival is difficult. I see Amir as a tough rival. I am going to prepare 100% because I know what he brings. And of course I have a lot to lose. A loss, my pride, my country, everything I’ve been doing. I have something to lose. But I never focus on losing. In my mind, defeat never exists. I always prepare to win. In my mindset is to always win, and on May 7 that is all I can think of, to win. But I know it’s going to be a difficult fight,” said Canelo.

Trout (30-2, 17 KOs) will be challenging for a world title on May 21 against Jermall Charlo (23-0, 18 KOs) at The Cosmopolitan, in Las Vegas, Nevada. Trout is the underdog against the big punching 25-year-old Charlo. It’s going to be a very tough fight for Trout even though he has a four-fight winning streak against Luis Galarza, Joey Hernandez, Daniel Dawson, and Luis Grajeda.

“I’m coming back May 21st to be the champion again,” said Trout.

Errol Spence: The only notable win for Keith Thurman is Guerrero »