Rodriguez came out throwing bombs in the first two rounds instead of boxing. Williams took advantage of Rodriguez’s sloppy form by knocking him down in the 2nd round with a hard left hand to the head. Rodriguez staggered to his feet but the referee halted the fight anyway due to how hurt he looked. The official time of the stoppage was 2:59 of the round.

Rodriguez, 30, came out fighting like an amateur in the 1st round instead an experienced pro. Rodriguez was just throwing wild bombs and missing of his shots. The southpaw Williams was able to connect with hard lefts to the head. Near the end of the round, Williams hurt Rodriguez with a hard left hand to the head that snapped his head back. Rodriguez recovered well and waa still throwing bombs as the round ended. Rodriguez’s corner should have told him to settle down and focus on boxing Williams because he couldn’t keep fighting at that pace because things weren’t going well for him.

Rodriguez came out fighting in the same manner at the start of the 2nd round and this was the perfect style for Williams. Rodriguez had his head snapped back repeatedly by big shots from Williams. Both guys were throwing bombs as the round progressed and it looked like Williams was gassing out. However, he landed a big hand that put Rodriguez down. Rodriguez definitely beat the count but he was staggering and looking hurt. The referee did him a favor by stopping it when he did because Williams would have kept knocking him down until he couldn’t get back to his feet.

With the victory, Williams will likely be facing WBC light heavyweight champion Adonis Stevenson next. Stevenson said he would be attending the fight tonight to scout out the winner of this fight as his next opponent. 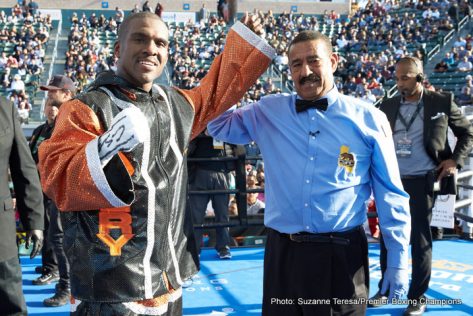 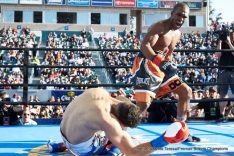 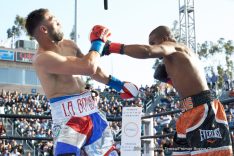 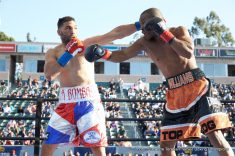 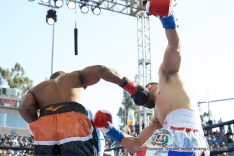 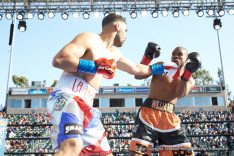