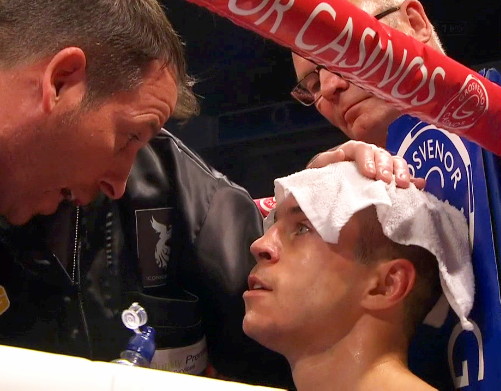 Quigg, 27, would like a rematch against Frampton after his jaw recovers. Quigg notes that Frampton choose to steer around a fight against unbeaten Cuban Guillermo Rigondeaux (16-0, 10 KOs).

Frampton’s decision to avoid the Rigondeaux fight has cost him his World Boxing Association title, because the WBA was going to order that he face the Cuban fighter. Quigg says he would have been confident in facing Rigondeaux if he were still the WBA champion.

“He’s been stripped of the WBA title. I’d definitely be looking to see who the WBA will put me in with,” said Quigg to thaboxingvoice.com about Frampton. “Whether it’s Rigondeaux, who Frampton was supposed to fight but he chose to relinquish because they’re not confident of winning that fight, I’d be 100 per cent confident going in to get that title back against Rigondeaux.”

It might not be a good idea for Quigg to fight anyone like Rigondeaux right now, because the Cuban fighter would likely target his jaw and look to take him out. Quigg had problems with the slick fighting style of Frampton. Rigondeaux would be a tougher puzzle for Quigg to try and solve. Quigg can fight Rigondeaux for the WBA title, but it might not be the wisest move on his part. It could lead to Quigg taking a second consecutive loss.

Frampton is targeting a fight against WBA featherweight champion Leo Santa Cruz this year. It’s a fight that would make Frampton a lot of money whether he wins or loses. Frampton also has the option of facing IBF featherweight champion Lee Selby. That would be a big fight for Frampton. A rematch against Quigg would be a good option for Frampton in 2017 once he gets done with his fights against Santa Cruz and Selby if he chooses to go that route.

There are a lot of good fights for Frampton at 126. The rematch against Quigg will always be there for Frampton. It’s a fight that needs more time to marinate because it would be too soon for them to get back in with each other right now.

Quigg needs to let his jaw heal, and he should look to show the boxing world that he doesn’t have any lingering after effects from the injury like we saw from former two division world champion Ricky Burns after he suffered a broken jaw three years ago in his fight against Raymundo Beltran. It took Burns a couple of years to come back from that injury to start fighting like he had previously fought.

“First of all I want a rematch with Frampton but other than Frampton it would be Leo Santa Cruz, because I think mine and his style of fighting would gel for a great action-packed fight and that’s one that I’ve always fancied winning,” said Quigg. 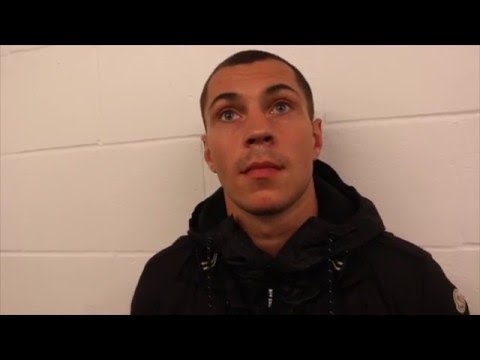 Quigg almost beat Frampton despite having a broken jaw. If Quigg had been able to fight extremely hard right off the bat in their fight last February, he would have been in a great position to take over the fight in the second half of the fight. As it was, Quigg dominated Frampton in the last six rounds of the fight with his superior power, size and aggression. The judges scored the fight 116-112, 116-112 for Frampton, and 115-113 for Quigg.

« Sanchez: Wade is a challenge to Golovkin because he’s hungry