Charles Martin: I won’t leave it in the judges’ hands against Joshua 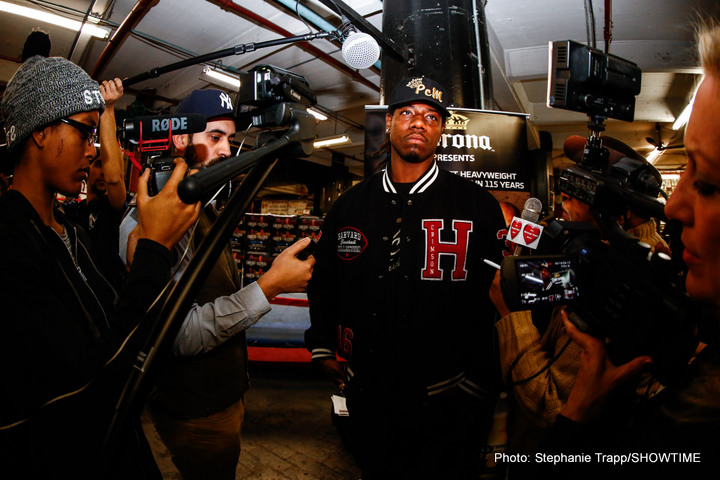 By Scott Gilfoid: IBF heavyweight champion Charles Martin (23-0, 21 KOs) doesn’t plan on leaving the outcome of his fight this Saturday night against Anthony Joshua (15-0, 15 KOs) into the hands of the judges in their fight at the O2 Arena in London, England.

Martin says he’s going to make sure the judges play no part in this fight by him going out there and knocking the 6’6” Joshua out. Martin is going into hostile territory in this fight by fighting Joshua in front of what will be a huge crowd of Brits at the O2 Arena.

The screaming for Joshua will likely be deafening each time he lands a shot. Unless the judges are wearing ear protection to block out all that racket, they might think Joshua is doing better than he actually is in the fight. I’m just saying. Martin seems to understand that he’s going to need to make sure that the judges are only spectators and not able to have a say so in the final outcome of the contest.

Well, there’s no question that Joshua does not move well on his feet. Even before he started bulking up three years ago, Joshua was slow on his feet. He’s someone that can easily be outmaneuvered in the ring. I don’t know if I would say Martin is the one to make Joshua look slow on his feet though.

Martin is kind of slow on his feet as well. A guy that would definitely trouble Joshua is Deontay Wilder. He glides around the ring like a dancer, and is almost impossible to hit when he’s focusing on his boxing. 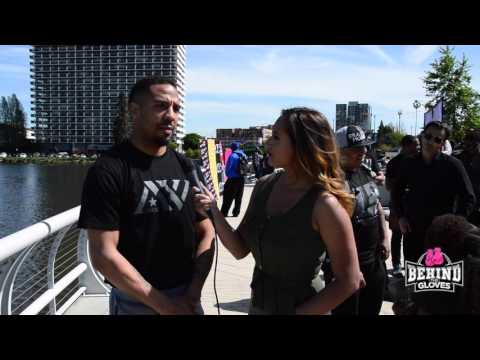 Joshua thinks he’s going to knock Martin out by the 6th round on Saturday. I guess that’s about as good a prediction as any. If Martin is still on his feet after the 6th, then you can count on things ending badly for Joshua, because he’s likely going to gas out like an old car going up a steep hill.

Joshua is carrying around 250lbs of muscle on his 6’6” frame, and that’s the kind of built that is mainly good for fights that last six rounds. If Joshua is forced to carry that bulk around the ring for a full 12 round fight, I see him labring and getting stopped. If he doesn’t get stopped, then I think he’ll get worked over something fierce by Martin. That’s why it’s in Joshua’s best interest to go all out in the first six rounds before he tanks in the second half of the contest.

“He’s not my toughest opponent,” said Joshua about Martin. “I’m hungry, I’m determined and I just want to put on a great show.”

I could see how Joshua would say that Martin isn’t his toughest opponent he’s faced, because he did fight a talented Dillian Whyte last December. However, Whyte had a banged up left shoulder that took him out of the fight early. It wasn’t like Joshua had to face a completely healthy Whyte for the entire fight. Joshua only dealt with a healthy Whyte for two rounds, and he was almost knocked out by him before Whyte’s injured left shoulder gave out on him.
Joshua says that bouts against Tyson Fury and David Haye “have to happen.”

Gee, tell us something we don’t know, Joshua. Obviously, you need to fight Fury and Haye straightaway. You can’t let those fights wait too long because the odds of you being able to continue this run your on are against you. I mean, if Martin doesn’t get you on Saturday night, then some other big banger like Deontay Wilder or Joseph Parker will. You don’t exactly have the best defense in the world. If you let punchers like that hit you, you’re going to get blasted out.

You can make an argument that Joshua could be up the creek without a paddle if he fails to respect Martin’s punching power. Joshua cannot treat Martin like he’s done his previous 15 opponents because he’s too big, too strong and too accurate with his shots.

Martin is one of those rare heavyweight talents who rarely misses with his shots. He just has an uncanny ability to hit whatever he aims at. When you take a fighter that is as wide open as Joshua is on defense, and you throw them inside the ring with someone like Martin, there’s a potential for Joshua to get smashed to oblivion if he doesn’t fight smart.

« Adrien Broner: They let me out y’all