Spence: I want to make it one-sided against Algieri 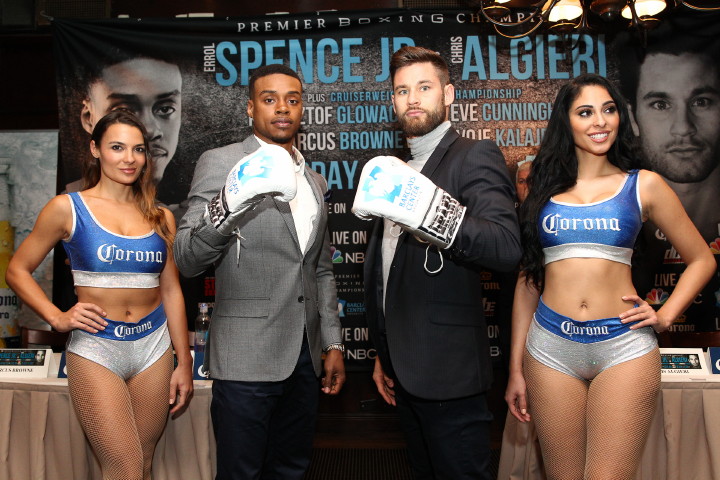 (Photo credit: Ed Diller/DiBella Entertainment) By Jeff Aranow: If undefeated Errol Spence Jr. (19-0, 16 KOs) gets his way, he’s going to be making easy work of Chris Algieri (21-2, 8 KOs) on April 16. Spence Jr. wants to make this a showcase fight where he beats Algieri easily and then uses the win to try and get a fight against one of the other world champions.

Spence wants to fight champions Danny Garcia, Keith Thurman or Kell Brook. He didn’t mention WBO champion Jessie Vargas, who is prompted by Top Rank and is likely not a fight that he can get.

Spence has been asked a lot by fans when he would finally step it up against the top notch fighters in the welterweight division. Now he’s finally gotten to the point where he’ll be fighting the best when he faces Algieri on Premier Boxing Champions on NBC from the Barclays Center in Brooklyn, New York. But just because Spence is getting a fight against Algieri doesn’t mean the other fighters are going to want to start fighting him.

If Spence beats Algieri easily, then the odds are high that he’ll be avoided like never before. The positive that will come out of Spence fighting Algieri is that he’ll be the IBF mandatory challenger. If he wants the fight against the winner of the Brook-Bizier fight, then he’ll have the opportunity to fight one of them if they don’t vacate the title first.

“I know I’ll be the next big star in boxing. I just have to stay grounded, do what I’ve been doing and listen to my team. The sky is the limit,” said Spence. “A lot of people have been asking me when I was going to fight top competition. When you look good in the ring, nobody wants to fight you. Established guys don’t want to fight you, so I want to thank Chris Algieri for taking this fight.” 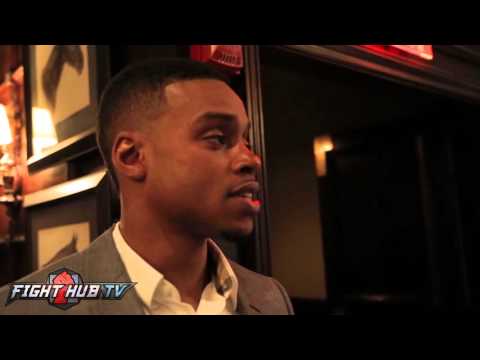 Spence wants to KO Algieri and leave no question who the better fighter is. Algieri has never been knocked out before and he’s been in with big punchers like Ruslan Provodnikov, Amir Khan and Manny Pacquiao. What makes it hard to knockout Algieri, besides him having a good chin, is that he does a lot of movement to keep from getting hit, and it makes it difficult for his opponents to land their best shots on him.

If Algieri stands directly in front of Spence for 12 rounds on April 16, then there would be a good chance that Algieri would be knocked out. However, he’s probably not going to do that because he has to realize that he doesn’t have the power or the chin to fight that kind of fight.

This fight is going to be a very important one for Spence, as it the other fights for him in 2016. Spence needs to show the boxing world that he’s as good as people like Floyd Mayweather Jr. thinks he is. We’ve heard the talk of how Spence battered and hurt Adrien Broner in sparring, but Spence now has to prove that he can do it where it counts in live fights. Algieri is just the first step for Spence in being tested.