Lara-Martirosyan possible for 5/21, with Jermall Charlo vs. Trout 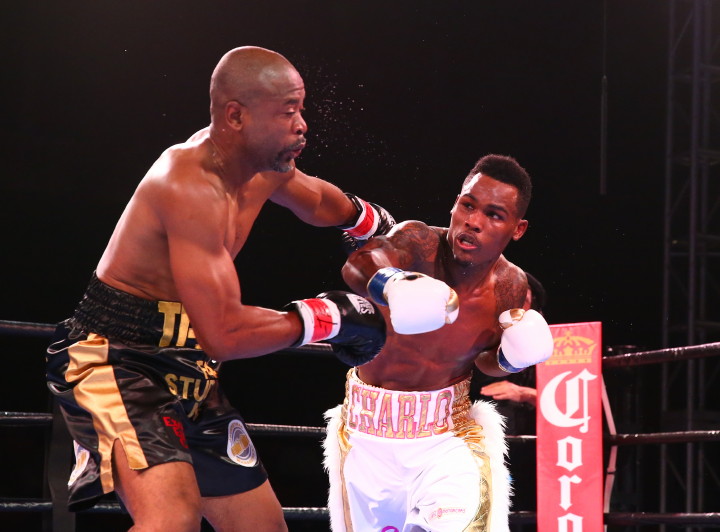 The triple-header, if it takes place, will be staged in Houston, Texas. This will be a great card if it comes off. It’s a good ideal to package the three junior middleweight contests together on the same card because it helps set up fights between them in the future almost in a Super Six tournament type of situation.

Having all six of these fighters shown at once will give a lot of the casual boxing fans a chance to see them all for the first time so that they can discover what these fighters are all about, It’s better to have all the fighters battle on the same card because it increases the chance that their future fights will bring in higher ratings due to fans wanting to see the winners or even the losers of these contests face each other.

I’m told May 21 Showtime could be tripleheader of Jermall Charlo-Austin Trout, Jermell Charlo-John Jackson & Lara-Martirosyan 2. #boxing,” said Dan Rafael on his Twitter.
Lara and Martirosyan fought each other four years ago in a fight that ended in a 9th round technical draw.

Martirosyan suffered a cut over his left eye from a clash of heads, and the cut caused the fight to be halted. At the time of the stoppage, Lara was coming on and starting to take over the fight. There were many boxing fans who believed that Lara would have swept the final three rounds to get the victory if the fight hadn’t been halted when it was. Lara, 32, has won five out of his last six fights since that bout.

His only loss during the last four years has come against Saul “Canelo” Alvarez by a controversial 12 round split decision defeat in 2014. Martirosyan, 29, has won four out of his last six fights since his fight with Lara. Martirosyan was beaten by Demetrius Andrade in 2013 and Jermell Charlo in decision losses.

It’s hard to predict who will win the rematch between Lara and Martirosyan because the two fighters are pretty evenly matched. Martirosyan has the better power and offensive skills, but his stamina isn’t so great. If he runs out of gas, he could wind up struggling if he doesn’t have a big lead in the later rounds.

Jermall Charlo, 25, will be making his second defense of his IBF junior middleweight title against the 30-year-old Trout. Charlo won the IBF title last year in stopping former IBF champion Cornelius Bundrage in the third round. Charlo defended his title last year in stopping an over-matched Wilky Campfort in the 4th round last November. Trout has won his last four fights since losing back to back fights to Lara and Canelo in 2013.

« Theophane: Broner doesn’t have the attributes to beat me