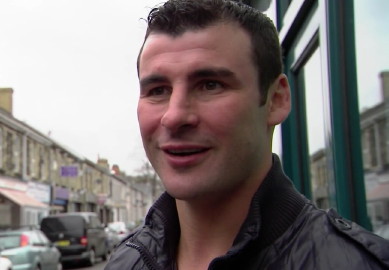 By Gav Duthie: After another top performance by Kell Brook questions were regarding who he fights next. Amir Khan is out for the time being as he faces Saul “Canelo” Alvarez and there is a good chance we will never see this fight. Here are some of the other British contests we missed out on over the years.

Some fights you hope can be made, this one should have been made. On occasion fans are looking for one fighter to move up a weight class (E.g McCullouch to fight Hamed) or take a fight early in their career when they may not be ready (Groves v Froch) but this fight was simple. There was a time when Hatton and Witter could have fought in a unification bout at light welterweight.

When should it have happened: (Late 2007)
Witter had just defended his WBC title knocking out Vivian Harris and Ricky had stopped Jose Luis Castillo. Hatton opted to move up to welterweight to challenge Floyd Mayweather and the fight was lost.

This was more a case of just being at different weights and stages of their careers but it was mentioned a few times. It would have been a great contest and very explosive.

When should it have happened: (2010)
Ricky was in a bad way mentally after the Pacquaio fight and although he never retired he was in no shape to fight. In May 2010 Khan dominated Paulie Malignaggi who Hatton had dominated 2 years earlier. It would have given Ricky a crack at the WBA light welterweight title but he wasn’t motivated to return until 2012 when it was too late.

At the time I respected Calzaghe’s decision to avoid this bout to chase superfights against the likes of Bernard Hopkins. Froch was the mandatory challenger for the WBC Super Middleweight title but rather than fight, Joe vacated to move up to light heavyweight. It seemed the right decision as Froch was a bit crude and inexperienced however 10 years later both are retired and still going at it. Theres been a war of words on twitter and one always talks about the other in interviews.

When should it have happened: (Summer 2008)
It could only have happened if Joe didn’t fight Hopkins but he understandably wanted a career defining fight. Froch went on to win the vacant title in a coming of age fight against Jean Pascal.

Again this contest had a very small window of opportunity. Harrison won Hamed’s old WBO featherweight title against Julio Pablo Chacon and had battered Wayne McCullough in a defence. Hamed had never officially retired and there was talk of it happening but the Sheffield showman was already a bit off the rails, partying and putting on lots of weight.

When could it have happened: (Early 2003)
Harrison beat Chacon 5 months after Naz’s last fight against Manuel Calvo. Hamed had 15 successful of the title with Harrison defending it 7 times in between losing and regaining against Manuel Medina. Harrison went to jail in 2005 so never lost his title in the ring. Unfortunately in 2003/04 Naz couldn’t get motivated to rekindle his career.

There is a legendary sparring session talked about where Eubank caught and knocked Herol Graham out cold. Rather than boast about the occasion Eubank openly states it was probably the only punch he ever landed on Graham in sparring. He admits he couldn’t get near him and made a conscious decision not to fight him.

On the very same month November 1990 Eubank won his first world title, WBO middleweight stopping Nigel Benn in 6 rounds where as Graham was knocked out by Julian Jackson for the WBC middleweight title. At this point Eubank was 25-0 and Graham 43-3. In fairness these guys could have fought at anytime 89 and 97 but Graham was never really the same fighter after Julian Jackson.