De La Hoya: Golovkin is not a star like Canelo 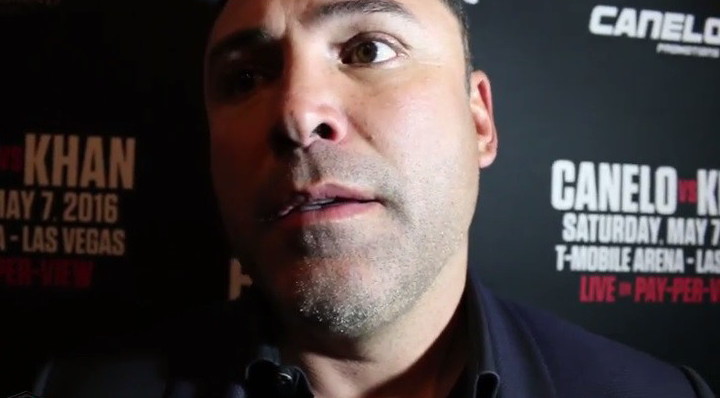 The reason for that is because he feels that Canelo is a true superstar right now and Golovkin is someone who merely thinks he’s a superstar. De La Hoya thinks Golovkin’s mistaken belief about himself being a superstar will make the negotiations difficult between them. De La Hoya does believe that Golovkin might eventually become a superstar one of these days, but for right now, he’s not there yet.

I think the 155lb catch-weight handicap that Canelo has been using lately is a given in a Canelo-Golovkin fight. De La Hoya previously mentioned a 90-10 purse split in favor of Canelo as a starting point in the negotiations. You would have to believe that would be square one for the negotiations.

“Believe me, it’s going to happen,” said De La Hoya to Fighthub about a Canelo-Golovkin fight. “I’m telling you people; it’s going to happen sooner than later. It’s a fight that is going to be a bit complicated to make, but not impossible. Obviously, when you have a superstar like Canelo, and when you have someone like Golovkin, who thinks he’s a superstar. He’s [Golovkin] a great fighter obviously, but he’s not a superstar yet. Can he get there? Obviously, he’s a tremendous fighter, but when you have a superstar like Canelo and a fighter like Golovkin, negotiations can get a little dicey, a little complicated. But nothing that can’t be impossible to make. We’re looking forward to it down the line,” said De La Hoya.

When asked if the Canelo-Golovkin fight will take place before Golovkin’s 35th birthday, De La Hoya said “Well before. We’re not Mayweather-Pacquiao.”

I don’t think De La Hoya is serious about making the Canelo-Golovkin fight in 2016. I think he’s going to raise the bar too high for the fight to be negotiated successfully by asking for a catch-weight for Canelo, even though he clearly doesn’t need it, and then a lopsided purse split that Golovkin will never agree to. We’re probably not going to see the Canelo vs. Golovkin fight until 2017 or later on down the line. In the meantime, Golovkin will collect the WBC title after it’s stripped from Canelo for failing to defend it against Golovkin.
De La Hoya is correct when he says Golovkin isn’t a superstar, but then again neither is Canelo. 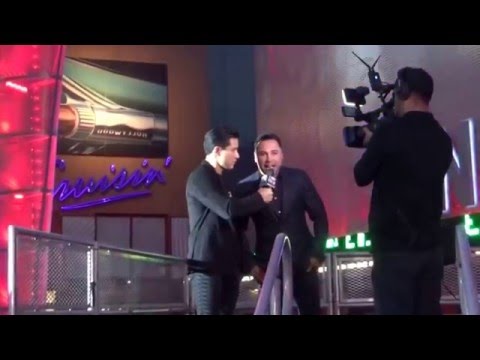 A superstar is a fighter that can bring in over 1 million pay-per-view buys as the A-side headliner. Canelo has never done that yet, and it remains to be seen whether he can. He’s not a crossover star yet like De La Hoya was. Canelo’s next fight against Amir Khan on May 7 will be a major test whether he’s a superstar or not. If Canelo-Khan can bring in over 1 million PPV buys, then you can finally say that Canelo is a legitimate superstar. He would be a superstar in name only because he doesn’t have the talent or Mayweather or Pacquiao. Mayweather-Khan would definitely do 1 million PPV buys.

It’s too bad Mayweather shortchanged himself by electing to fight Andre Berto in his last fight of his career rather than Khan, because Mayweather probably lost a tremendous amount of money by making that disastrous blunder. He obviously didn’t need money at that point in his career. but he likely would have made a lot more money if he had substituted Khan’s name in place of Berto. Mayweather could have made more money if he had selected Keith Thurman in place of Robert Guerrero or one of his two Marcos Maidana fights.

As far as Canelo-Golovkin fight goes, I think De La Hoya is going to string that fight out until after Canelo has had a number of easy paydays against more beatable fighters that he personally picks out for him to fight.

« Khan says he has multiple game plans for Canelo fight

Francisco Vargas vs. Orlando Salido on June 4 in Carson, CA »