Khan – when in Vegas, gamble 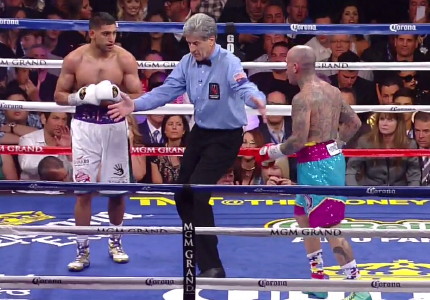 By Hayesa: I initially want to make one thing clear, I’m a British fight fan, always have been always will be. Unless for some unknown reason the BBBC decide to erase the professional sport from UK soil, no disrespect to the Cubans here. The reason I want to make this clear, is articles like this usually result in a turf war like tirade of comments instead of a gentleman’s discussion over the hot topic raised.

What hotter right now than the recent announcement of Amir Khan’s decision to step up in weight and fight 46-1 Mexican Saul ‘Canelo’ Alvarez on May 7 on HBO pay-per-view from the T-Mobile Arena in Las Vegas, Nevada. A decision that has many fans scratching their pugilist brains trying to understand why Khan would take what many feel to be an impossible fight. Well let’s ask ourselves a few questions that currently stand in the way of fans getting behind the young man from Bolton England.

Does Khan deserve the fight against Canelo? In short, yes. Of course he deserves the fight, previous matchups against the likes of Paulie Maglinaggi, Marcos Maidana, Lamont Peterson, Danny Garcia, Devon Alexander and Chris Algieri, means the 31-3 fighter has got himself into a unique position where he can not be overlooked. This is still dispute his loss to two of the fighters mentioned above. Clearly there are other fighters in the division that by way of fights deserve this opportunity, however these men have not stepped forward to make this known. Khan on the other hand has made his intentions very clear.

Is it about the money? Of course it’s about the money, what fight isn’t about the money. Ask any professional fighter on the planet and they will tell you the same thing. If not for the money, then for a title opportunity. Either way a nice pay day does not go a miss when these guys step in the ring. Matchroom Sport promoter Eddie Hearn recently confirmed that he offered Khan a very respectful purse bid to fight UK rival IBF welterweight champion Kell Brook, but Khan was very quick to dismiss that the fight was turned down due to money, and more down to the fact, Brook did not deserve this fight.

Can Khan beat Alvarez? No. And I do not say this lightly. Amir has all the ability in the world, proven with his masterclass over Devon Alexander in December of 2014. Everyone is aware of Khan’s speed, it’s his biggest assets and something that has allowed him to climb to world title competition. His movement, experience and will to box on the front foot, remain the biggest reasons many will tune in to watch him fight. However, what Khan possesses in attack, he severely lacks in defense. Virgil Hunter made his views consistently clear every time Khan went into a training camp. Defense, defense, defense, much of which was based around a Mixed Martial Arts blueprint. And so far this seems to have worked, however nothing prepares Khan for the type of slipping, blocking, footwork and counter-punching that he is going to have to find when stepping into the new T-MOBILE arena in 3 months time. 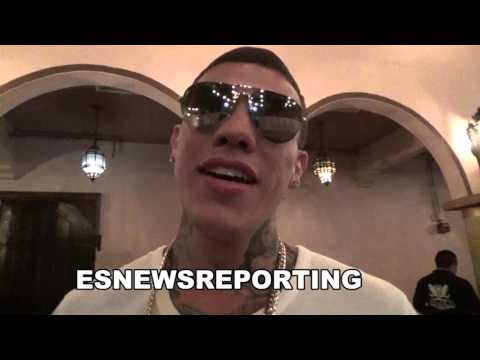 Note: I have purposely avoided addressing the weak chin that reluctantly, paves the way for much of Amir’s career and critics.

I am a Khan fan. Hard to believe I’m sure, especially after what I have mentioned above. However Saul Alvarez is not only one of the biggest and strongest men in Welterweight / Middleweight boxing, he has ample experience, much he would of gained from his encounter with Floyd Mayweather Jr. and Miguel Cotto. The type of experience, Khan is about to gain.

This isn’t about, who deserves what fight and who earns what money against what opponent. This is Boxing, a sport that separates fans and divides opinion. I’m sure some of you will agree with me, however I’m sure there’s many of you that don’t. And it’s you fans that will make Khan feel on top of the world if by some minor miracle, he comes out of this fight with a W, but hey…when in Vegas.