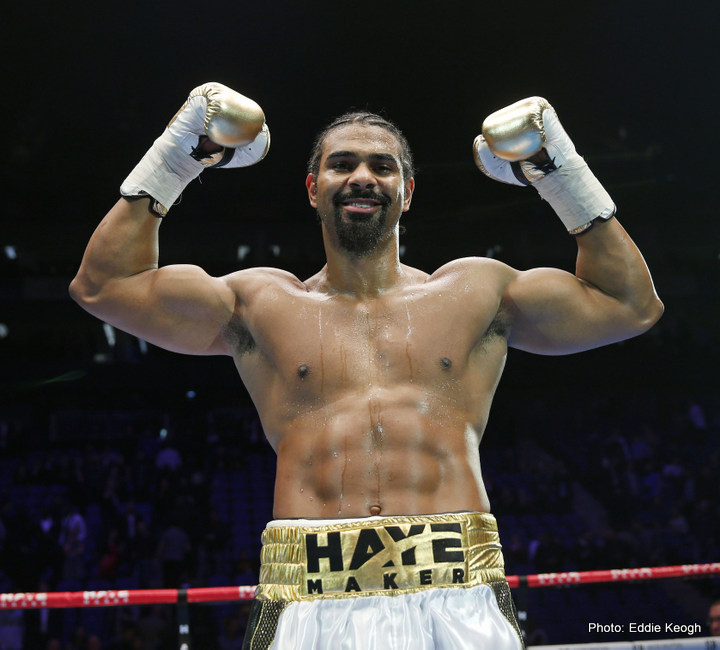 Former two-weight world champion David Haye has launched a petition to grant one of the world’s most iconic and recognisable figures, former three-time heavyweight champion of the world, Muhammad Ali, an Honorary Knighthood.

The campaign comes ahead of Ali’s visit to the UK next week where he will officially open ‘I AM THE GREATEST’, an exhibition showcasing his extraordinary life and career at The O2 in London which runs from Friday 4th March until 31 August.

Commenting on the petition, David Haye said: “Like millions of others around the world Muhammad Ali is a hero of mine and the inspiration that made me want to become a boxer. This may well be The Greatest’s last visit to the UK and he deserves to be recognised formally, not only for his sporting achievements that made him one of the most recognisable people on the planet, but also his amazing humanitarian work over many years that have had an impact across the world.”

He adds: “Muhammad loves the UK, he first came to prominence here when he fought Henry Cooper nearly 53 years ago and he’s entertained and enthralled us ever since. The Greatest has received many major awards and high honours worldwide and I believe it’s time the UK honoured him too. Please sign the petition to credit Muhammad Ali with the Honorary Knighthood he fully deserves.”

Honorary Knighthoods recognise non-UK nationals who are special to the UK. Previous recipients include U2 frontman, Bono, the late Terry Wogan, and Hollywood Director, Stephen Spielberg, to name a few. The campaign would see Muhammad Ali become the first sportsman to receive the award.

To see the full petition and pledge your support visit bit.ly/KnightAli.