Keith Thurman to be out 4 to 6 weeks, says Dibella 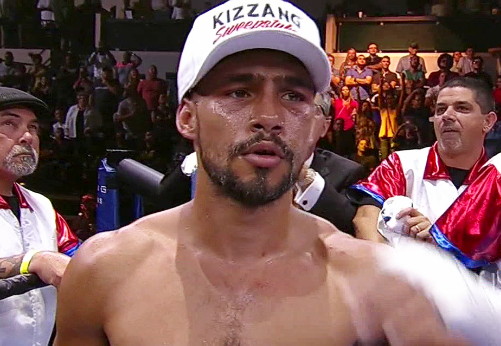 By Jeff Aranow: Promoter Lou Dibella says WBA World welterweight champion Keith “One Time” Thurman (26-0, 22 KOs) will need at least four to six weeks to rest from his injuries he suffered in an automobile accident last week. Thurman’s title defense against #4 WBA Shawn “Showtime” Porter (26-1-1, 16 KOs) will need to wait until they have a better idea of how much time it’s going to take for the 27-year-old Thurman to heal.

Thurman was supposed to be fighting Porter on March 12 on Showtime Championship Boxing at the Mohegan Sun Casino Resort in Uncasville, Connecticut. Thurman attempted to spar after his automobile accident, but his shoulders and neck gave him problems during the sparring session.

“He’ll probably be off four to six weeks. The fight will happen next when he’s healed and ready to go,” Dibella said to ESPN.com. “After sparring Saturday, his neck and shoulders locked up and he couldn’t move. He went to two doctors, and they said it was like whiplash. It’s not a significant injury, so he is a lucky young man. It’s a matter of having to take a little bit of time.”

Whiplash injuries are a difficult thing to recover from. It could be days or even years. It’s difficult to predict. One can only hope that Thurman is able to come back and be 100 percent after the accident. If the problems with his stiff neck and shoulders linger, Thurman is going to have problems being effective in the ring. If Thurman’s body locks up during a fight, he’s going to get beaten by Porter or anybody he faces.

It’s going to be interesting to see how much time the World Boxing Association gives Thurman to recover from the accident. If it looks like it’s going to take a long time, then they might consider changing his status to WBA “emeritus” welterweight champion so that other fighters can fight for the WBA belt.

Thurman would then be able to come back when/if his body heals and fight for the WBA title. It’s unknown if the WBA would make this kind of move. The WBC has done this kind of thing in the past with injured fighters. It would be a disappointment if the WBA were to make Thurman an emeritus champion, but you could understand it if they did. You can’t have a champion holding onto a belt and not defending it on a regular basis due to injuries.

“Keith told me the airbag hit him harder than any punch he has ever been hit by,” DiBella said. “It was not a high-speed accident, but the airbag deployed, and he got hit hard by it. He had an MRI, a CT scan and X-rays, and they were all negative, so he will be fine.” 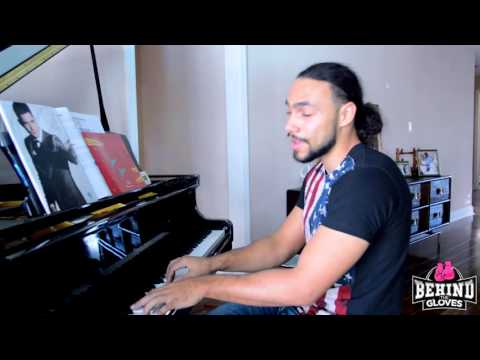 Dibella is speculating about Thurman being fine. He can’t know whether Thurman will be fine or not, because whiplash injuries are difficult to predict. If Thurman was an office worker, then he could potentially come back to work and sit behind a desk. But with him being a professional athlete, it’s a lot more difficult to come back from an injury like this in a hurry. 4 to 6 weeks sounds like a very short period of time for a whiplash injury.

Some fans might say that Thurman’s accident was convenient for him because it saved him from a potential loss to Porter. The fans might also say that the accident gives Thurman a built in excuse for when/if he does come back and gets beaten by Porter or someone else. Thurman can always blame the loss on his whiplash problems by saying that his neck and shoulder locked up on him and he was unable to fight like he used to do. Hopefully, that’s not what Thurman would do, but some fans might say it’s something he might pull. That’s why it’s extremely important that Thurman get checked out thoroughly by medical staff to make sure he’s 100 percent healthy before he returns to the ring. You don’t want Thurman coming back at least than complete health and then blaming his performances on him not being totally healthy. It’s not fair to himself if he does that, and it’s not fair to the boxing fans and his opponents. If Thurman is unable to regain his full health after this accident, then he should think about retiring from the sport rather than lingering on at least than full capacity.