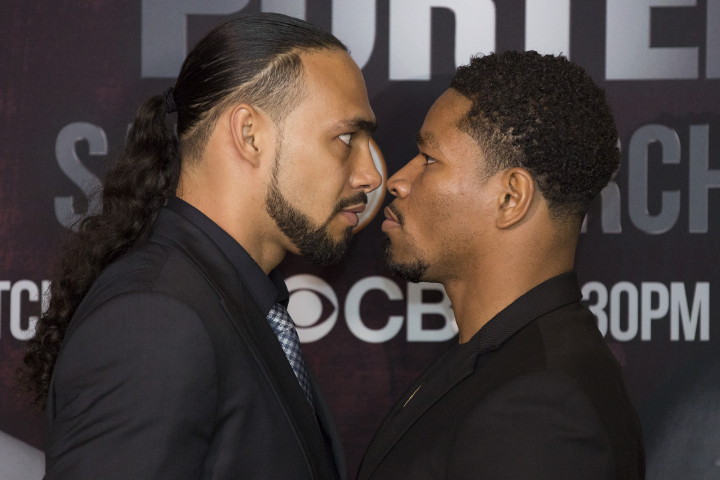 (Photo credit Esther Lin/SHOWTIME) By Dan Ambrose: WBA “regular” welterweight champion Keith Thurman will be taking the toughest test of his career on Showtime against Shawn Porter on 3/12 at the Mohegan Sun Casino Resort in Connecticut. This will be a big test for both fighters, especially the 27-year-old Thurman, who sees himself as the replacement for Floyd Mayweather Jr.

Thurman has talked big but done little thus far with his career as far as taking on dangerous opponents. What Thurman has been good at is beating yesterday’s names. He’s beaten fighters like Robert Guerrero, Luis Collazo, Julio Diaz, Carlos Quintana and Jan Zaveck. Those were pretty much the best fighters Thurman has faced.

Thurman has a habit of saying he’s not afraid to lose his ‘O’ in the ring. This will be a good chance for him to test that theory. One can only hope that if Thurman wins the fight that he doesn’t go backwards to where he was before in fighting yesterday’s fighters in record padding fights over and over again. It would be nice to see Thurman fight someone like Errol Spence Jr. if he can win this fight, but that likely isn’t going to happen. Thurman already turned the fight down once in the past, and it’s unlikely that he’ll change his mind.

“Last year was an amazing year for me: I headlined the very first Premier Boxing Champions show and was named PBC Fighter of the Year,” Thurman said. “But this is my year to dominate the welterweight division and I’m excited to be getting ready to take out Shawn Porter.”

Y'all already know what time it is … #OneTime! But I'll prove it once again on March 12. #PBConCBS #ThurmanPorter pic.twitter.com/UH6AtR9tGW

Thurman’s vote for the PBC Fighter of the Year in 2015 was a controversial one, as some boxing fans felt that Jermall Charlo deserved the award more than Thurman with his wins over Cornelius Bundrage, Wilky Campfort and Michael Finney. Thurman only beat old timers Robert Guerrero and Luis Collazo in 2015 to get the award. 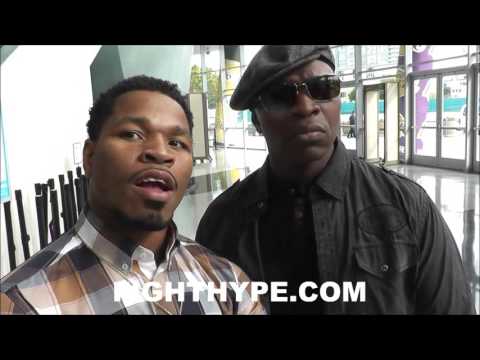 Those would be good fighters to have on your resume if you were just starting out in the sport, but definitely not as a world champion. Those were record-padding fights for Thurman in my view, and definitely not the kinds of names your looking for when you hand out awards like the Fighter of the Year award.

“I am ready to get back in the ring and bring boxing fans what they’ve been looking for – the top true welterweight champion of the world, the one who is going to take out all competitors one by one,” Thurman said. “I am Keith ‘One-Time’ Thurman and I’m going to show you what a champion looks like on March 12.” 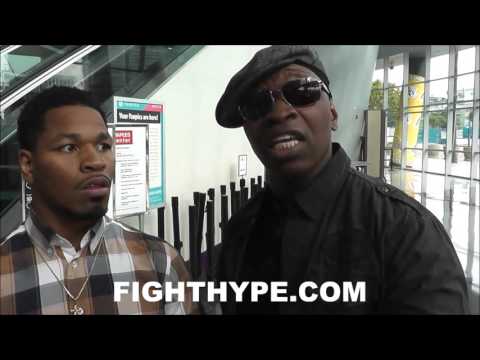 This is a good opportunity for the 28-year-old Porter to capture another world title. He lost his IBF 147lb title to Britain’s Kell Brook in 2014 in a very close fight that likely would have been won by Porter if he knew how to negate the constant holding Brook did. Porter has won his last two fights since then over Erick Bone and Adrien Broner. The win over Broner last year was an opponent on par with Thurman, possibly a little better.

Thurman is listed at 5’7 1/2″ to Porter’s 5’7″, but when the two of them stood face to face, it looked like Thurman was at least an inch taller, maybe even more than that.