Will Pacquiao help Arum by fighting Crawford next? 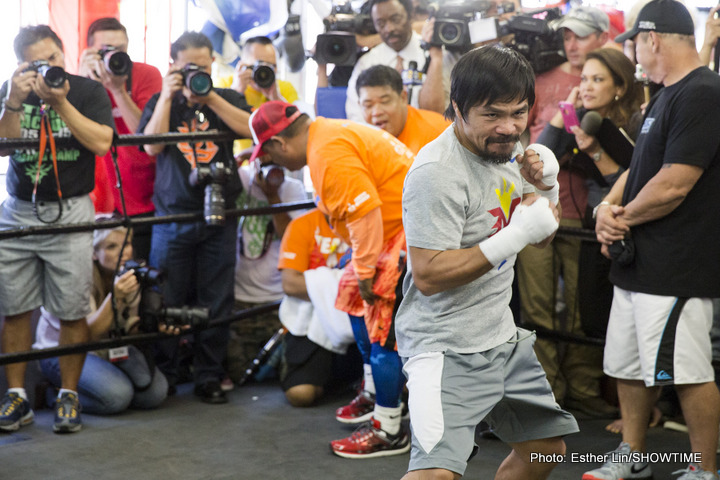 By Chris Williams: It goes without saying that former eight division world champion Manny Pacquiao (57-6-2, 38 KOs) would be doing his promoter Bob Arum of Top Rank a huge, huge favor if he elects to fight his stable fighter Terence Crawford (27-0, 19 KOs) for his Pacquiao’s final fight of his career on April 9th in 2016.

Instead of Pacquiao going for a bigger money fight that would help his own pocketbook in retirement, he could help out his 83-year-old promoter Arum by taking what would likely be the smaller money fight against Crawford. I know what the average person would do if they were in a similar situation and had the option of making more money by fighting someone like Saul “Canelo” Alvarez or Amir Khan rather than taking what would likely mean lesser money by fighting Crawford.

A rematch against Floyd Mayweather Jr. would be the ideal fight for Pacquiao. If Crawford could beat someone well-known in the next month to make it worthwhile for Pacquiao to fight him, then I think it would be a good fight. Right now, Crawford is too much of an unknown with the casual boxing fans for the fight to be worth much in my view.

HBO analyst Jim Lampley believes that the reason why Top Rank wants Pacquiao to fight Crawford is because they believe that Crawford can beat Pacquiao. In other words, it would be a passing of the torch type of fight for Pacquiao to help out Top Rank and Arum by fighting Crawford and losing to him. For a fighter who brought so much money to Top Rank, as Pacquiao has done, I think that’s a terrible idea. I believe it would be better for Pacquiao to be put in the biggest money fight possible as a way of thanking him for his many years with the company. The way it looks now, Pacquiao appears be a stepping stone for Crawford to step on to help boost his career. If I was Pacquiao, I wouldn’t do it. I would focus on myself in looking for the best money fight possible or a fight that I was confident of winning.

There’s nothing wrong with Crawford. He’s a good fighter, but he’s also mainly known to the hardcore boxing fans than with the casual fans of the sport. If you ask a casual fan to tell you something about Crawford, they’ll likely say ‘who?’ For that reason, it would probably work against Pacquiao to select Crawford for what could be his final fight of his career in April. Floyd Mayweather Jr. recently said that Crawford isn’t that well-known, and he’s right about that.

Pacquiao could help change all that by agreeing to fight Crawford and thus helping out Arum in doing so. But Pacquiao would also be hurting himself by not taking the biggest fight possible to help his own pocketbook. As I’ve said before, if Arum were to make it worthwhile to Pacquiao by making up the difference for the money lost in facing Crawford instead of an arguably more popular fighter like Amir Khan or Canelo, I think it would be worthwhile for Pacquiao to go ahead and fight Crawford. 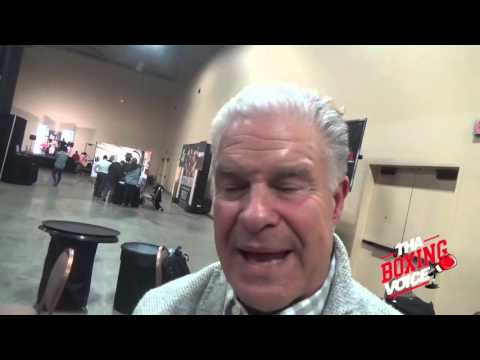 I have serious doubts that a Pacquiao vs. Crawford fight would do any better than Pacquiao’s fights against Chris Algieri and Brandon Rios. I don’t think Pacquiao-Crawford does the kind of money that Pacquiao’s two fights with Tim Bradley did in the past, and those weren’t great fights in terms of PPV buys.

The best way for Pacquiao to end his career with a bang is for him to take on the biggest name possible. I don’t see that as being Crawford. He’s a 140lb fighter, and that division is barren of stars. The only way Pacquiao can end on a high note is to take on someone like Canelo or Khan. 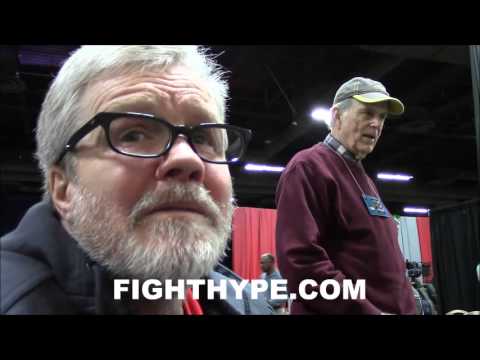 A fight against Khan isn’t a huge fight, but it would make more money than a fight against someone like Crawford in my view. Khan has a huge following in the UK, so there would be British PPV money that could be made from that fight. Granted, Arum wouldn’t have his finger prints on all the gears for the promotion of a Pacquiao-Khan fight, because he would have to share the promotion of it with Khan’s promoters/adviser, but at least it would be a big fight for Pacquiao to make the most money and go out with a bigger bang than it would if he were to end his career against Crawford.

« Canelo has 5 days to start negotiations with Golovkin