Charlo used his height and jab to control the fight and keep the tenacious Campfort from getting inside and causing any damage to the defending champion. In the second round, Charlo landed a two-punch combo that ended with a right cross to send Campfort to the canvas.

The trouble continued for Campfort in round three as Charlo connected on a strong left hook that put Campfort down a second time. When the action picked up in round four Charlo upped the aggression and put Campfort on the mat for the final time with a flurry that left Campfort cut and unable to see out of his right eye.

Referee Mark Calo-oy stopped the fight 1:16 into round four. Charlo outlanded Campfort 62-11 over the four rounds and landed 30% of his power punches.

The co-main event saw Dallas’s-own rising star Errol “The Truth” Spence Jr. (19-0, 16 KOs) put on a show for his hometown crowd as he stopped Alejandro Barrera (26-3, 17 KOs) in the fifth-round of their welterweight clash.

Spence Jr. fought cautiously in the first round, feeling out his opponent who came in looking to use his awkward style to frustrate the undefeated hometown fighter. While Barrera was able to land with the uppercut early on, Spence Jr. adjusted and began to bloody Barrera with a series of left hands in round two.

Barrera continued to hang tough through the third and fourth rounds, but in round five Spence came out with a renewed interest in the body attack. He sent Barrera to the canvas with a barrage to the body and followed it up shortly after with another assault on the body before referee Laurence Cole stopped te fight 1:46 into round five. Barrera was taken to Baylor Medical Hospital after the fight.

The rising undefeated star from Orlando overwhelmed Camacho with his speed right from the opening bell. He was able to penetrate Camacho’s defense with a strong jab and sent Camacho to the canvas in round one with a big right hook.

Lubin came out in round two looking to end the fight quickly and was able to land a perfect right hook. The one-punch knockout came 42 seconds into the second round.

Here is what the fighters had to say Saturday:

“My gameplan was to start off using the jab and to see how he’d react. It was a powerful weapon.

“I work so hard in camp, it’s a great feeling to see it translated into a victory. I knew I had advantages, so I just wanted to take my time and make sure I got a chance to show my power.

“Camp was very good. I just won the title September 12 and I’ve already defended it. Get it and defend it. I’m a real world champion.

“I love Dallas! This is like a second home. These fans are great and I look forward to coming back.

“I’ve got the best jab in the business. I’m going to keep using it, because it’s feeding my family.

“I had a problem getting past his jab. Once I got in, he was so much bigger than me and my punches couldn’t really effect him. He controlled the fight with his jab.

“I tried to make the fight happen, but it was hard to get inside of him. He’s a big guy and a really good fighter. But I felt like I was in there with a light heavyweight.

“On the last knockdown my eye got blurry and I couldn’t really see. That’s why the ref stopped it.”

“The strategy was to be patient and to pick my spots. He was more awkward than I thought he would be. I rushed it a little bit but once I got myself composed I picked my spots and listened to my coach, I could come forward and stop him.

“The body work was really important. That’s what we train for in the gym, work the body then go to the head. In the first round I kind of got away from it but then I went back to it and was able to stop him.

“There were definitely some nerves fighting in front of my hometown fans. It took me the first couple of rounds to get over that. Then I just started doing what I usually do and it worked out.

“I want top 10 welterweights. My goal is to become a world champion. If I have to go to England to fight Kell Brook, I’m willing to do that.”

“I knew he was experienced, so I had to take my time to get him out of there. I didn’t want to rush too much. I sat behind the jab and got it done.

“My lead hand is my quickest and I saw him running in, so I used that check hook to put him out.

“2015 has been a great year. I’ll give it an A minus only because I still don’t have a world title. I’m improving as a fighter every day.

“My team is tremendous and they know me so well, they’re putting me on the track I want to be on. I want to get back in the ring as soon as possible and I can’t wait.” 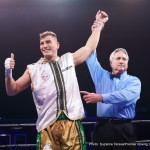 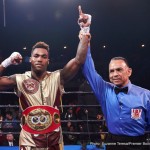 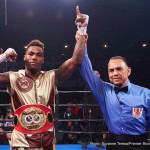 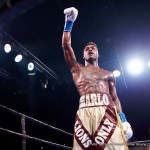 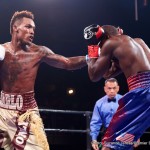 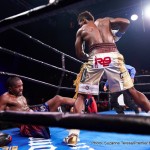 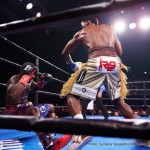 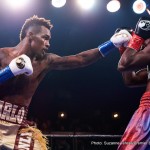 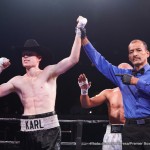 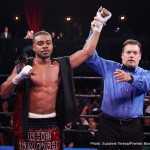 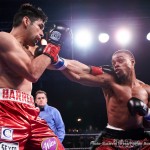 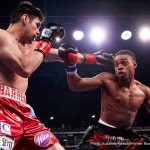 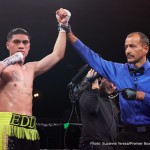 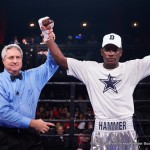 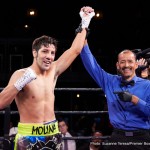 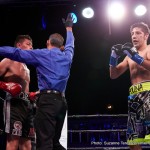 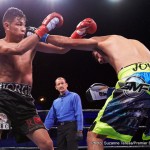 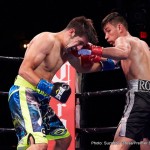 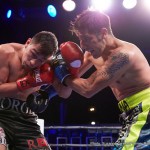 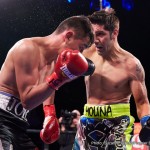 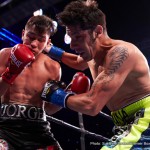