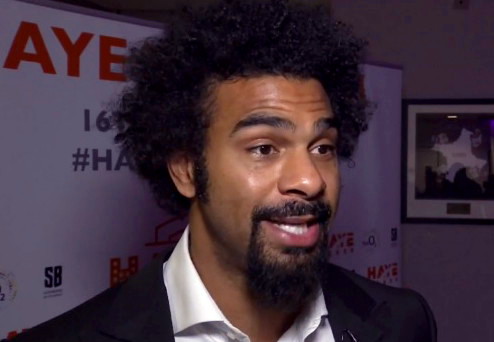 By Scott Gilfoid: David Haye is giving unbeaten Brit Tyson Fury (24-0, 18 KOs) next to no chance at beating IBF/IBO/WBA/WBO heavyweight champion Wladimir Klitschko (64-3, 53 KOs) in their fight this Saturday night at the ESPRIT Arena in Dusseldorf, Germany. One of the main reasons why Haye sees the 27-year-old Fury losing the fight is his lack of experience.

Haye notes that the best guy that Fury has fought Dereck Chisora, who he beat twice. Haye doesn’t think that Chisora is the right kind of preparation for a fight against Klitschko, because he’s not a world level heavyweight. Haye reminds people that he easily knocked Chisora out in the 5th round three years ago in 2012.

Yeah, Chisora went the distance in losing a wide 12 round unanimous decision to an injured one-armed former WBC heavyweight champion Vitali Klitschko, but that was against a guy with only his right hand working for him. Vitali hurt his left shoulder in the 2nd round.

“It takes a special person to beat Wladimir Klitschko, and I personally don’t believe Tyson Fury is that guy,” Haye said to skysports.com. “I think he [Fury] will fall short. I give him a one in 20 shot. It would be one of the biggest upsets.”

Wow! Haye is giving Fury a better chance of winning the fight than I am. I see Fury only winning if Wladimir suffers a debilitating that keeps him from being able to throw any punches at all. It’ll have to be an injury to both shoulders and hands, because I think Wladimir still knocks Fury out if he’s one-armed. 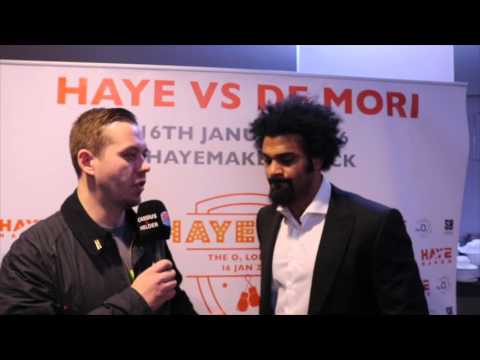 If Wladimir re-injures his left calf, I still see him beating Fury, because he’ll be able to likely KO him by being stationary and not getting leverage on his shots. Wladimir’s arm strength is so good that he could literally power Fury out of there by whipping his left hook around and nailing him even while standing straight up on his feet.

“If Tyson Fury somehow manages to pry all those titles from Wladimir Klitschko, he’s the man to beat,” Haye said “He’s now No 1 on the planet. I want to be No 1. I will have to go through him. If he doesn’t win that fight then he’s just a guy who talks a lot and hasn’t beaten anybody.”

Well, I don’t see how Haye will be given a shot at Fury if he beats Wladimir, because Fury has already had two bad experiences with Haye with him pulling out of fights against him due to injuries. 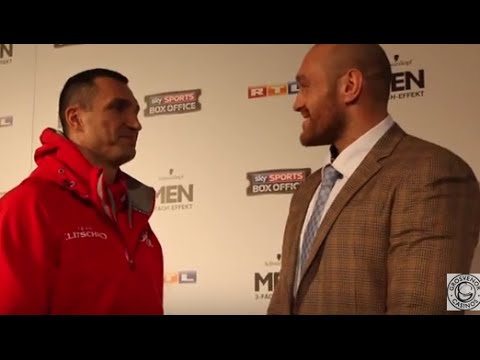 I don’t see Fury ever agreeing to fight Haye again unless he was his mandatory challenger and Fury absolutely had to take the fight. But this is all hypothetical stuff because Haye isn’t ranked in the top 15, and Fury will likely be knocked out by Klitschko this Saturday night in Dusseldorf.

If anything, it hurts the fighter by making him slower, more robotic and not able to generate the speed that they once could. With the extra muscles, Fury is likely to run out of gas quickly on Saturday night and get knocked out even faster than he was before. What Fury should have been working on for this fight is his cardio so that he could run around the ring to avoid getting knocked out by Klitschko.

At least if Fury had better stamina for the fight, he’d have a slight chance of taking Klitschko into the deep waters and trying to KO him in the 11th or 12th rounds. We saw Ross Puritty take Wladimir to the 11th round before stopping him back in 1998. However, Puritty had big punching power and had the weight advantage over the then rail-thin Klitschko. If that fight had taken place later on in Klitschko’s career when he was weighing in the mid-240s, jabbing and using a lot of clinching, I think Puritty would have been easily beaten into submission.