Provodnikov: My goal is to become world champion 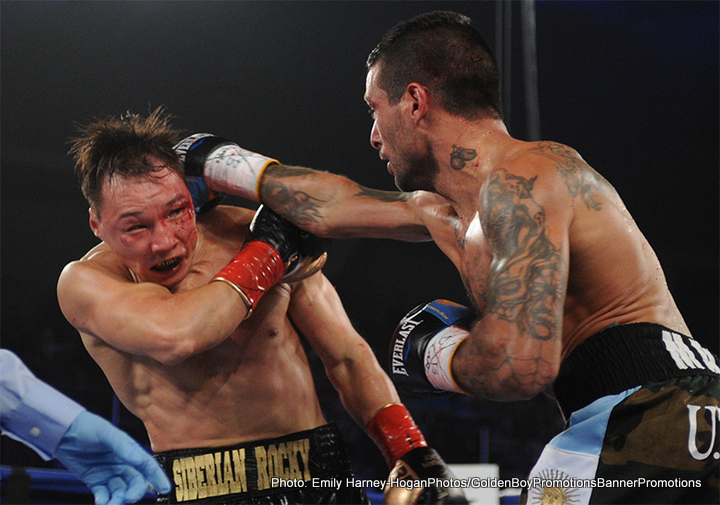 By Allan Fox:
#3 WBO, #4 WBC light welterweight contender Ruslan Provodnikov (24-4, 17 KOs) will be taking another step towards an eventual world title shot when he faces unbeaten Jesus Alvarez Rodriguez (13-0, 10 KOs) next month on November 7th at the Salle Des Etoilles in Monaco.

Provodnikov, 31, will be looking to turn his career around in 2016. He’s been beaten by Chris Algieri and Lucas Matthysse in two out of his last four fights, and there was obviously a problem in those defeats in terms of Provodnikov’s defense.

He changed out his trainer Freddie Roach recently in favor of Joel Diaz, and he’s hoping that he can improve his defense so that he doesn’t get hit so much.

Provodnikov doesn’t have any easy options in his pursuit of a world title. At 5’6”, he’ll have problems with the height and reach of the 5’11” new WBC light welterweight champion Viktor Postol, and it won’t be easy for Provodnikov to handle the 5’8” WBO champion Terence Crawford. Those fighters are tougher on paper than Algieri and Matthysse.

Provodnikov might not be ready to face either of them because of the boxing skills that he would need to possess in order to beat them. Provodnikov would be better off looking for a title shot against IBF champion Cesar Cuenca. He’s a very good fighter, but he’s definitely not in the same class as Postol and Crawford, Cuenca is probably the weakest of the champions in the 140lb division right now.

Adrien Broner recently won the WBA 140lb title this month in beating Khabib Allakhverdiev by a 12th round knockout. But Broner would be a really tough fight for Provodnikov, and I’m not sure that it would be a good match-up at all for him. Provodnikov would get a nice payday against Broner, but if he’s hoping to win a world title against him, I think it’s doubtful.

“Right now, the goal is to become world champion again,” Provodnikov said. “Being in America has made me a better fighter. If you are a star in the USA then you are a star all over the world. Plus the competition level in the US is at its highest.”

Provodnikov’s best chance of winning a world title in the future is to wait for WBO champ Crawford to move up to the welterweight division. Crawford could make the move to 147 in a year or two, depending on whether he gets the fight against Manny Pacquiao or not. 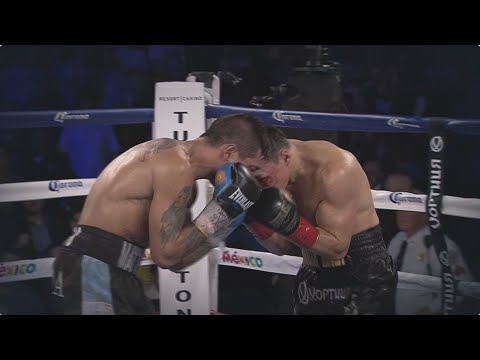 With Crawford out of the way, Provodnikov could fight the likes of Jason Pagara or Mauricio Herrera for the WBO title. Provodnikov already lost to Herrera three years ago, and I think that would still be a very tough fight for Provodnikov if he took it right now.

Herrera looks to be as good as ever, and Provodnikov would need to show a lot of new improvements in his game for him to beat him. The Provodnikov that lost to Matthysse would likely lose to Herrera again.

“I’ve seen Rodriguez’ fights. He’s a very strong fighter, and unbeaten. This will be a brawl,” Provodnikov said.

If Provodnikov loses to Rodriguez, then his career is going to be in a real tail spin. 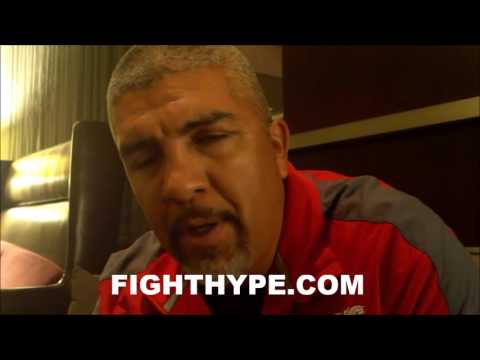