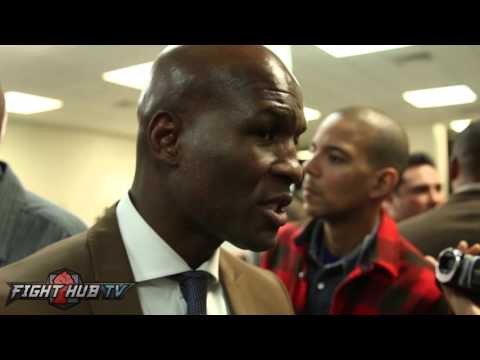 In the highly anticipated main event on Saturday night, WBA/IBO and WBC “Interim” World Champion Gennady “GGG” Golovkin (34-0, 31 KOs) added the IBF Middleweight Title to his collection with an exhilarating performance against former IBF Middleweight World Champion, David Lemieux (34-3, 31 KOs), culminating in an eighth round technical knockout victory on Saturday, October 17, at Madison Square Garden with a sold out crowed of 20, 548 fight fans.

Golovkin, showed his offensive and defensive prowess in the ring against the valiant Lemieux and dropped Lemieux in round five and ended the night with a battering display in the eighth round earning the stoppage at the 1:32 mark.

“I feel great, it was a great fight, I felt his power, but I was strong tonight and my punches hurt him. He is a great champion and I’m glad to beat him,” said Golovkin. “I want all the belts, now I have two. The winner of Cotto-Canelo for sure will be next. I’m not sure who will win that fight, but I want to fight the winner next. I’m staying at 160 until I have all the belts.” 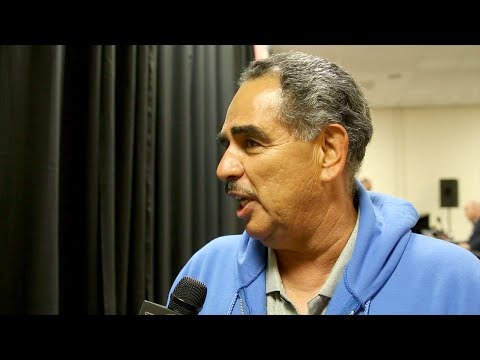 “I feel like the referee called the fight too early. I am fine,” said Lemieux. “When he stopped it I wasn’t event on the mat, I can keep going. I have a lot of respect for Golovkin as a fighter. We prepared well for this fight but I feel like I waited too long to take some shots tonight and that really hurt me. I want another chance at Golovkin and I will take advantage of it.”

“Gennady showed tonight why he’s at the top of the sport,” said Tom Loeffler, Managing Director of K2 Promotions. “Unifying the middleweight titles as he did tonight in spectacular fashion at a sold-out Madison Square Garden showed his prowess in the ring and marketability outside.” 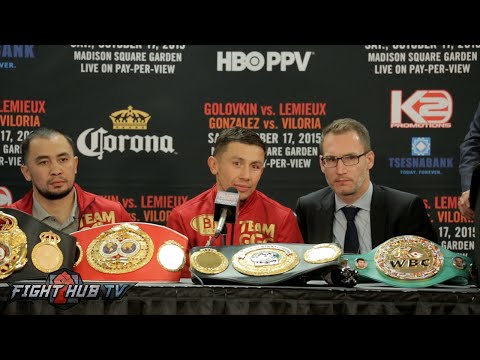 “It was too early to stop the fight,” said Camille Estephan, Manager to David Lemieux. “That punch that Golovkin threw didn’t even bring David to the mat. David fought valiantly. He showed a lot of heart and skills. But Golovkin’s defense was great; I think that his defense is underestimated.”

“Today was a great night of boxing,” said Bernard Hopkins, Future Hall Famer and Golden Boy Promotions Partner. “David did a great job and put on a great performance. But today Golovkin was better and proved that he deserves to be the unified middleweight champion.”

“I had to do something,” said the referee Esteves Willies. “David is a very competitive fighter and as long as he was able to throw punches he was going to keep on trying but his chances of winning were decreasing as the fight went on. Against a guy [Golovkin] like that he was going to get really hurt and I’m here to protect the fighter’s health and that’s my top priority. I couldn’t let him continue to receive punishment. I gave him every chance I could and I still hesitated too much. It was over.” 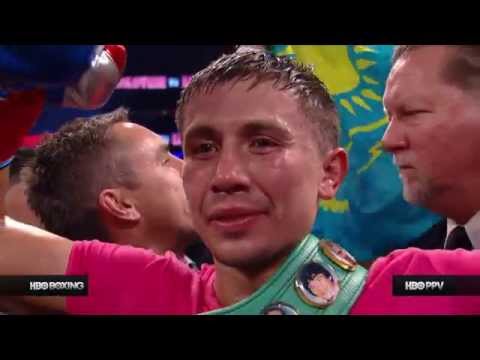 Consensus Pound-For Pound #1 Fighter in the Sport, WBC Flyweight Champion Roman “Chocolatito” Gonzalez (44-0, 37 KOs) earned a ninth round technical knockout over former two-division world champion flyweight Brian “The Hawaiian Punch” Viloria (36-5, 22 KOs). Gonzalez knocked Viloria down in round three and punished him until the bout was halted at 2:53 of round nine

“I was in great shape, my conditioning was terrific, we trained very hard in Costa Rica and had great sparring,” said Gonzalez. “Brian is a great champion, but tonight I was the better man. Thanks to HBO, Mr. Honda and K2 Promotions. I fight for the people of Nicaragua and this is their victory.”

“Roman is a tremendous fighter,” said Viloria. “I have nothing but respect for him. I had prepared for a different Roman and he surprised me with his defense and his speed. I do feel like the fight was stopped prematurely, I feel good and can keep going. If I had an opportunity to take him on again I would. I feel like I learned a lot today and would use that for the next time around.”

Undefeated heavyweight Luis “The Real King Kong” Ortiz (23-0, 20 KOs) scored a third round KO over Matias Ariel “El Matador” Vidondo (20-2-1, 18 KOs) to claim the vacant WBA Interim Heavyweight World Title. Ortiz dropped Vidondo in round two and finished him with another knockdown in the third stanza.

“I deserve this win and deserve to fight the best,” said Ortiz. “Vidondo did hit hard but he wasn’t good enough to face me. Everyone can see that I dominated the fight. I want to fight the best and I want Golden Boy Promotions to keep its promise and get me the best. I am ready for Klitschko, I know he is running from me. I am going to come after him. I am just ready to become the heavyweight champion of the world.” 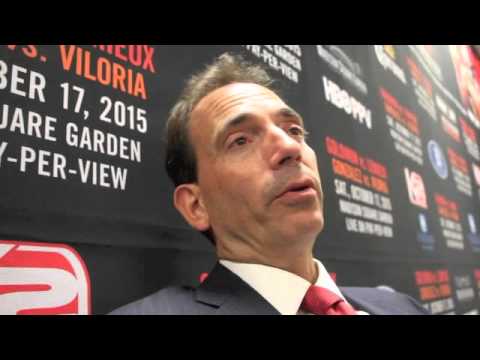 “This is my first time going 12-round and man does it feel good,” said Johnson. “It was a tough fight, no matter how many times O’kane went down he kept coming at me. I have respect for him as a fighter. Winning this title eliminator really makes everything for me come full circle and legitimizes me as a true threat in the middleweight division. You know this was a great fight that everyone enjoyed a true brawl, very Mexican Style. This is the beginning for me, the sky is the limit.”

“I’m very happy with my performance, it was an honor to fight on such a big card here at Madison Square Garden,” said Madiyev. “He was a little awkward but I was able to figure him and win the fight. Thanks very much to Gennady for having me on his card. I look forward to fighting again as soon as possible.”

Stated Roach after the fight, “Bustos came to fight. He was not backing down throughout the fight but I did not feel threatened by him. I feel like I dominated the fight and was giving him my all. I wanted to end the fight impressively via knock out but he has a strong jaw. This is my last six-rounder and will move up to eight rounds in my next fight, very excited to go there.” 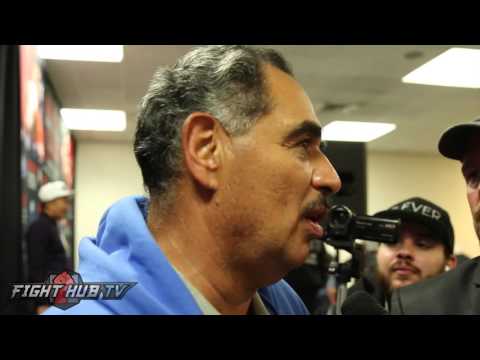 In the exciting ten-round opening bout of the event. Maurice Hooker, (19-0-3, 14KO’s) of Dallas, TX won the NABO Jr. Welterweight Title against former champion Ghislain Maduma, (17-2, 11KO’s) of Montreal, Canada, by split decision (95-93, 95-94 and 93-95). The battle featured excellent two-way action and had the early arriving crowd cheering throughout.

Said Hooker, “I think the fight went at good pace and Maduma was a good fighter. He came prepared to fight. I knew I had him from the first round when I hit him with my left. By the fourth round, I grew confident that I was in the lead once I dropped him. I feel that I am ready for a bigger fight and feel confident I can make a statement at 140 pounds. I would love a shot at any of the Golden Boy Promotions fighter at 140 pounds, like Antonio Orozco, I can take him.”

Golovkin vs. Lemieux was presented by K2 Promotions and Golden Boy Promotions in association with GGG Promotions and Eye of the Tiger Management and was sponsored by Corona Extra, BI Group and Tsesnabank. The event took place on Saturday, October 17 from Madison Square Garden and was be produced and distributed live by HBO Pay-Per-View.

« Can anyone beat Gennady Golovkin?

Lemieux: I was expecting more power from Golovkin »