Chavez Jr. comes in overweight at 170.8 at weigh-in for Reyes fight 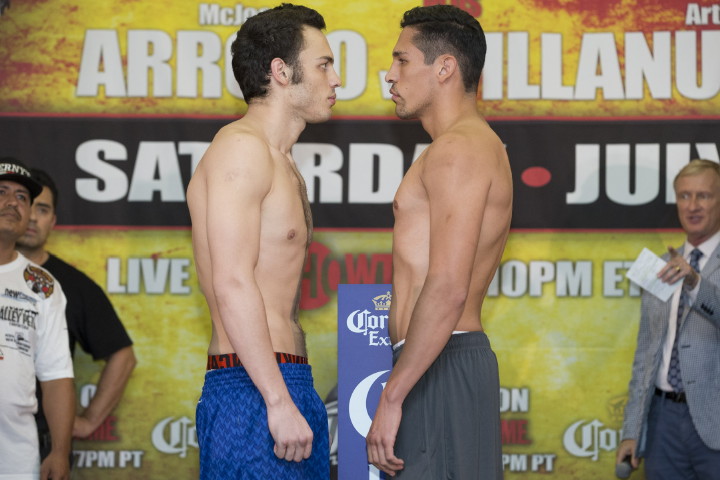 (Photo credit: Esther Lin/Showtime) By Dan Ambrose: Former WBC middleweight champion Julio Cesar Chavez Jr. (48-2-1, 32 KOs) had been bragging recently about how good of shape he’s in and how he’s unbeatable when he’s at his weight, but surprisingly, Chavez Jr. failed to make weight on Friday in coming in at 170.8 pounds for his fight against Marcos Reyes (33-2, 24 KOs) on Saturday night at the Don Haskins Center in El Paso, Texas.

Chavez Jr. wants to be able to fight in the super middleweight division, but with him unable to make weight once again for the division, he might be forced to eventually move up to light heavyweight [175] whether he wants to or not. We saw Chavez Jr. miss weight for his first fight against Brian Vera in 2012 in coming in at 172 ½ pounds.

In their rematch last year in March 2014, Chavez Jr. weighed in at 167½. He then moved up to light heavyweight and was battered and beaten at 171½ by Andrzej Fonfara in a 9th round quit job last April. With Chavez Jr. missing weight today, he’s now failed to make weight in 2 out of his last 4 fights. 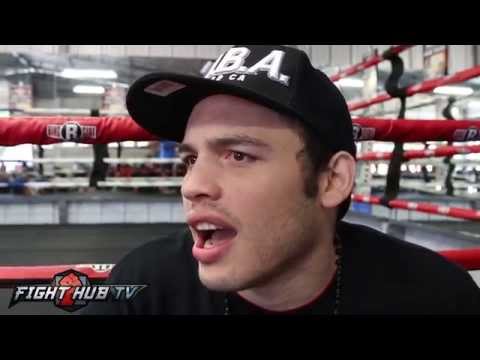 Chavez was overweight yet again. I was told max was 170 and they made a deal to be overweight. Again. Yes, he is totally focused. Whatever.

Chavez Jr. said that if he loses to Reyes on Saturday night, he’s going to consider retiring from the ring. He thinks he’s above Reyes in talent, and he doesn’t believe he’ll lost to him. Chavez Jr. also thinks that he was the more talented fighter than his last opponent Fonfara, which is hard to believe.

“I fought somebody who was 175 pounds,” Chavez said about Fonfara. “Even though it was a defeat for me, I feel like I was a better fighter than him. But he was more prepared.”

I believe Chavez Jr. is in denial about his loss to Fonfara. He lost to the better fighter and the more talented fighter in my view. Fonfara weighed in at 171½ just like Chavez Jr. Fonfara was taller than Chavez Jr. in that fight, but he wasn’t bigger than him in terms of weight.

“If I lost this fight [against Reyes], then it would make me think about retiring because this is not the type of rival that should beat me,” Chavez Jr. said.

Chavez Jr. shouldn’t assume that he can beat anyone at this point in his career. He’s missed too much time, gotten too heavy in between fights, and he’s not the fighter he was in his early to mid-20s. He’s also fighting at super middleweight now, and he’s going to be facing more and more guys that are roughly the same size as him now, and I don’t think he can handle fighters that are the same size as him.